Joseph Steven Lacob a.k.a. Joe Lacob is an American business executive. Prominently, he is a partner at venture capital firm, Kleiner Perkins as well as the majority owner of the Golden State Warriors of the National Basketball Association (NBA).

New Bedford, Massachusetts native, Joe Lacob was born on 10th January 1958, under the star sign Capricorn. The sixty-five years old holds an American nationality and is of white ethnic background.

How Much Is Joe Jacob's Net Worth In 2021? Income Source & Real Estate

A selfmade billionire, Joe Jacob's net worth in 2021 is reported $3 Billion. His major source of income is Golden State Warriors.

Lacob began his journey, joining venture capital firm Kleiner Perkins in 1987 and led investments in over 50 startup companies. Report suggest, he is no longer with the firm.

In 2010, Lacob led an ownership group that paid $450 million for the Golden State Warriors NBA team. The value of the team is up almost tenfold since then, and his 25% stake is worth more than $900 million, net of debt. The franchise has an estimated value of 4$.7 billion in 2021.

Earlier. Lacob was a minority owner of the NBA's Boston Celtics for five years but sold to buy the Warriors. About his real estate: Joe Lacob scored a vast lush mansion in Malibu, California, paying $29.1 million which was originally listed for $34.5 million.

Inside the house, there are five bedrooms with six baths. It also touts a home theater, elevator and glass room gym, among many other facility. Besides, he has two other houses in Atherton, California and Kailua, Hawaii. Not to mention his car collection which is as lavish as his real estes.

Born to a middle class family, Joe Lacob is the son of Sydney, who worked at a local paper products company while his mother, Marlene, worked at a supermarket.

Raised in a Jewish family in New Bedford, Massachusetts, the Lacob family moved to Anaheim, California where Joe switched his allegiance to the Los Angeles Lakers and the Los Angeles Angels of Anaheim.

The majority owner of the Golden State Warriors, Joe Lacob has married twice. With his first wife Laurie (nee Kraus) shares two sons: Kirk Lacob and Kent Lacob and two daughters. No one from his previous marriage neither his children nor ex-wife seems to be active in the media. They has always lived a low key life. 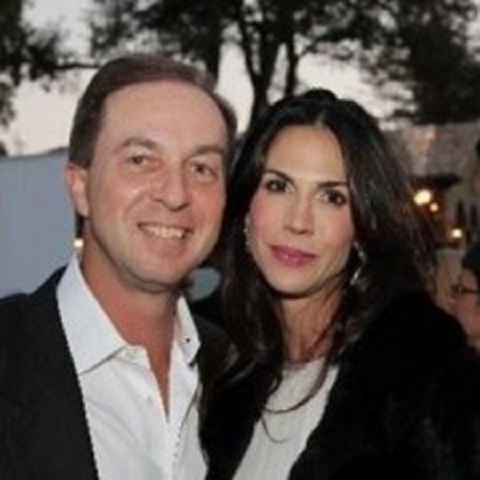 Lcob ia currently married to Nicole Curran. The couple met at a Pebble Beach golf tournament. Lacob describe Curran as, “What you see is what you get. She is very direct. No hidden agendas. She is tough. She can be pretty volatile. But she is outgoing naturally. She’s got a million friends. Always ready to go to a party, go to an event. Me you have to drag.”

After dating foe years, Curran and Lacob got engaged in 2009 and tied the knot latter. It is unclear when they got married.

Jacob began career ‘Cetus Corporation, as an executive. The firm is one of the earliest biotechnology companies in the U.S. He then worked for companies like ‘Booz, Allen & Hamilton’ and ‘FHP International.’

Lacob joined Kleiner Perkins in 1987 as one of their partner where his investments centered around firms involved in life sciences, Internet & energy, medical technology, and such enterprises as AutoTrader.com, Align Technology, and NuVasive.

Further, he was a primarily investor in a professional women's basketball League called the American Basketball League which eventually shut down from failure to compete successfully with its rival, the Women's National Basketball Association (WNBA).

Lacob became part-owner of the Celtics in January 2006. At Celtics, he was a co-investor with an entrepreneur and a professor at the Stanford Graduate School of Business, H. Irving Grousbeck .

On July 15, 2010, Lacob and the group of investors, headed to buy the Golden State Warriors of the NBA from then owner, Chris Cohan for $450 million, which required him to sell his minority interest in the Celtics. Thanks to his experience at Celtics, the Lacob - Peter Guber group had victory over a dozen other bidders for the Warriors.

Lacob had been a Warriors' season-ticket-holder for about a decade now. He approved the acquisitions of David Lee and undrafted Jeremy Lin, a hometown favorite. Also, he fired coach Don Nelson, replacing him with assistant coach Keith Smart. Though, the sale was unanimously approved by the NBA league's board of governors on November 12, 2010.

Along with Peter Guber, Lacon is a chief owner but he is also in charge of day-to-day operations.