JJ Watt is an American football player who plays for the Arizona Cardinals of the National Football League (NFL). Watt played college football at Central Michigan and Wisconsin. His professional career began after getting drafted by the Houston Texans.

From 2011 to 2020, Watt played for the Houston Texans, and since 2021, he has been representing the Arizona Cardinals. Apart from his professional playing career, Watt has also made some television appearances. His appearance can be seen in The League, New Girl, Bad Moms, Ultimate Tag, CMT Music Awards, and Saturday Night Live.

Being a professional football player for a long time, JJ Watt has preserved an enormous fortune. Taking his career earnings into consideration, it can be said that his net worth is around $64 million. He is signed with the Arizona Cardinals, and his deal with the team is $28,000,000. The contract includes a $12,000,000 signing bonus, $23,000,000 guaranteed, and an average annual wage of $14,000,000. 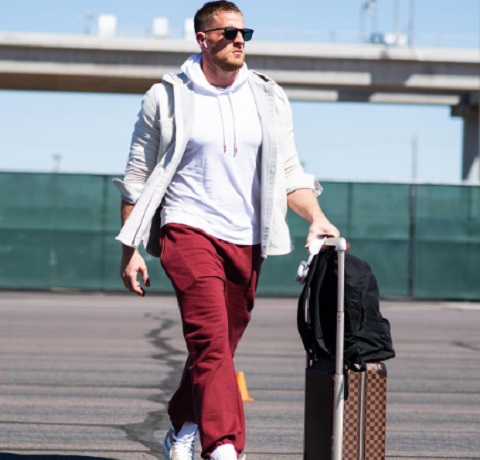 JJ Watt and His Wife Kealia Ohai Share a Son

Moving into his love life, Watt is happily married to his girlfriend-turned-wife, Kealia Ohai. The duo began dating in 2016, and since then, they have been with each other in every step of their life. In 2019, the lovebirds got engaged and began their wedding plans.

Just after one year of engagement, Watt and Kealia got married on February 15, 2020. Their wedding ceremony was held in the Bahamas. Moreover, Watt and Ohai have a son named Koa James Watt, born on October 23, 2022. 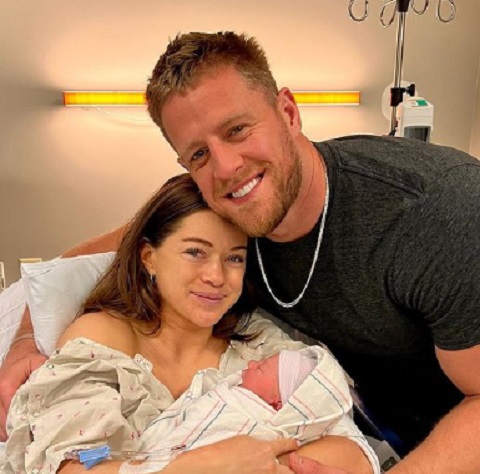 JJ Watt with his child and wife  SOURCE: Instagram @jjwatt

Meanwhile, Watt also shared the happy news of his first child by sharing a post on Instagram. His username is @jjwatt. Besides, his wife is an American soccer player playing yer who plays for the Chicago Red Stars of NWSL.

Short Details On His Lengthy Career

Watt went to Pewaukee High School and played high school football there. He played football and lettered basketball, baseball, and track and field. After completing his high school career, Watt received a scholarship offer from Central Michigan University. Later, he went to the University of Wisconsin.

His college career went pretty well. In the 2011 NFL draft, Watt was selected in the first round with the 11th overall pick by the Houston Texans. Being a part of the Texans, he played with the team for many seasons and also contributed to winning some games. 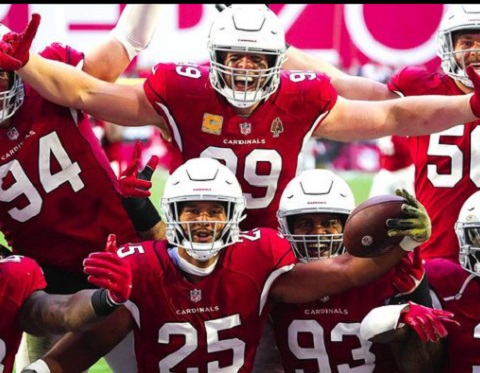 Justin James Watt was born on March 22, 1989, in Pewaukee, Wisconsin. So, Watt holds an American nationality. His parents are Connie (mother) and John (father). Besides, Watt's mother is a building operation vice president, while his father is a firefighter. 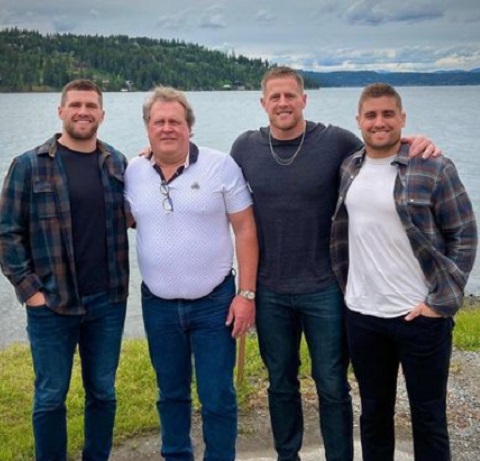 Watt also has two younger brothers named TJ Watt and Derek Watt. Both of them play in the NFL. So, it can be said that Watt comes from an athletic family background.