The resident of White Rock, British Columbia, Jim Hughson, reportedly earns around $700,000 dollars, as his yearly salary from the network, and as of 2018, he reportedly has an estimated net worth of over about $13 million. Further, he is currently married to his wife, Denise and has two children, Jennifer, and Mathieu with her.

Jim Hughson was born on October 9, 1956, in Fort St. John, British Columbia. He holds a Canadian nationality. Further, his zodiac sign is Libra.

There is no information regarding Hughson's education background, and he hasn't addressed about his college degree too.

Hughson started his career working on Canucks radio broadcasts, on the pre-game, intermission, and post-game shows in the early 1980s. He further filled in as a play-by-play man for TSN from 1987 to 1994, working as the lead play-by-play voice for the network's NHL games.

In 1991, he called the World Junior Hockey Championship in Saskatchewan. Besides hockey, Hughson also called baseball for TSN and worked on Montreal Expos broadcasts for the network from 1987 to 1989. In 1990, Hughson became the regular play-by-play announcer for Toronto Blue Jays broadcasts, alongside Buck Martinez. 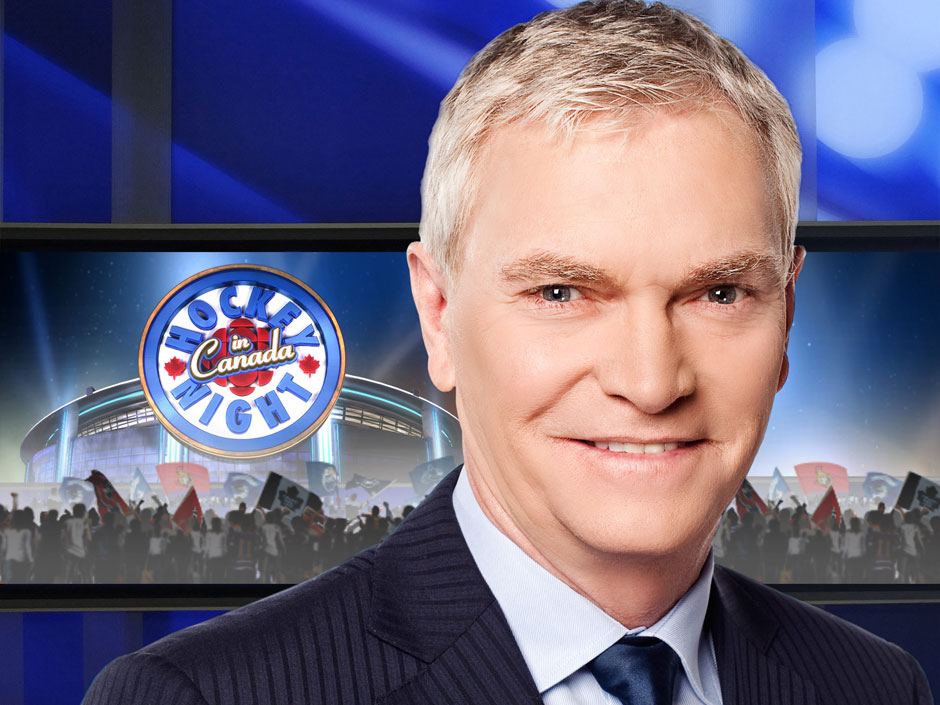 In 1998, Hughson joined CTV Sportsnet (now Rogers Sportsnet) as their main NHL play-by-play commentator alongside Craig Simpson. After a year, he left radio and began working on the Canucks regional television broadcasts on Sportsnet Pacific.

He was further the host of Snapshots, a weekly half-hour show where he interviewed various sports personalities, from 1998 to 2006.

In 2005, CBC hired Hughson as Hockey Night in Canada's secondary play-by-play announcer. Hughson called the late games of the network's Saturday night doubleheaders and one series through each of the first three playoff rounds. 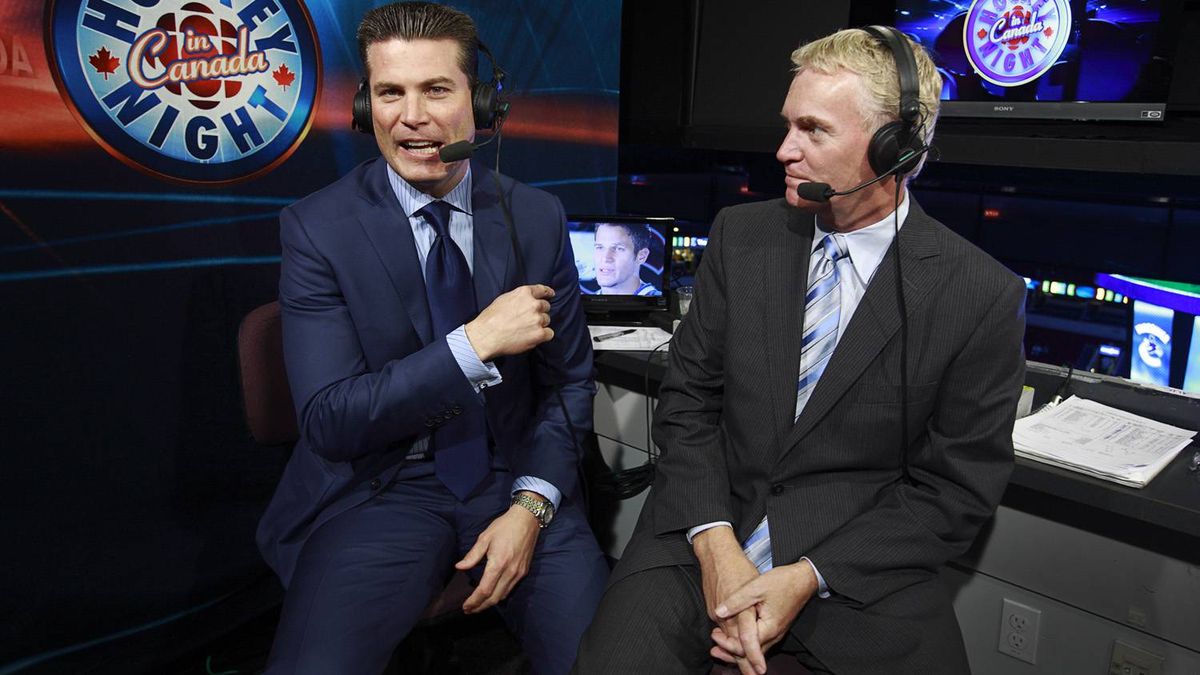 CAPTION: Jim Hughson as an announcer for Hockey Night alongside Craig Simpson SOURCE: The Globe and Mail

In October 2014, Hughson re-joined Sportsnet. Hughson along with Craig Simpson and, until 2016, Healy remain the lead commentary crew for HNIC. Hughson returned to the broadcast booth for the Toronto Blue Jays when CBC picked up a package of Blue Jays games for the 2007 and 2008 seasons.

He is familiar to video game enthusiasts as the play-by-play voice of EA Sports award-winning NHL series from 97 to 09. He also acted as an announcer in two sports-related family comedies: MVP: Most Valuable Primate (2000) and Air Bud: Seventh Inning Fetch (2002).

Jim Hughson Net worth and Salary

The Canadian sportscaster/anchor Jim Hughson reportedly has an estimated net worth of about $13 million. As of 2018, the reporter receives an annual salary of $700,000 from his successful reporting career with CBC.

Jim Hughson works alongside Craig Simpson at CBC and as of now, Craig Simpson reportedly receives an annual salary of about $700,000 dollars.

Hughson is currently married to his wife, Denise and has two children, Jennifer, and Mathieu with her. He currently, lives in White Rock, British Columbia, along with his family.