Gordon Matthew Miller, reportedly earns around $46,000 dollars, as his yearly salary from the network. However, his net worth is yet to be estimated. Regarding his personal life, the fifty-four years old is married.

Gord Miller Net worth and Salary

The Canadian sportscaster/anchor Gordon Matthew Miller receives an annual salary of $46,000 dollars from his successful reporting career with TSN. His net worth is still under review.

Besides being a famous sportscaster, Gordon is pretty famous on social media. He has 218k followers on Twitter.

Gord Miller Marital Status; Who is he Married to?

Gordon Miller is reported to be married but hasn't revealed anything about his personal life, not even his spouse's identity. He has maintained secrecy about his relationship status and dating affairs. Recently in November 2018, he made a retweet where he hinted about being married and having a wife.

To be honest, my wife volunteered to do this but is out of town. She left me holding the bag.

Miller also revealed through one of the tweets that he met his wife through his job. The couple has a daughter who is around 10. 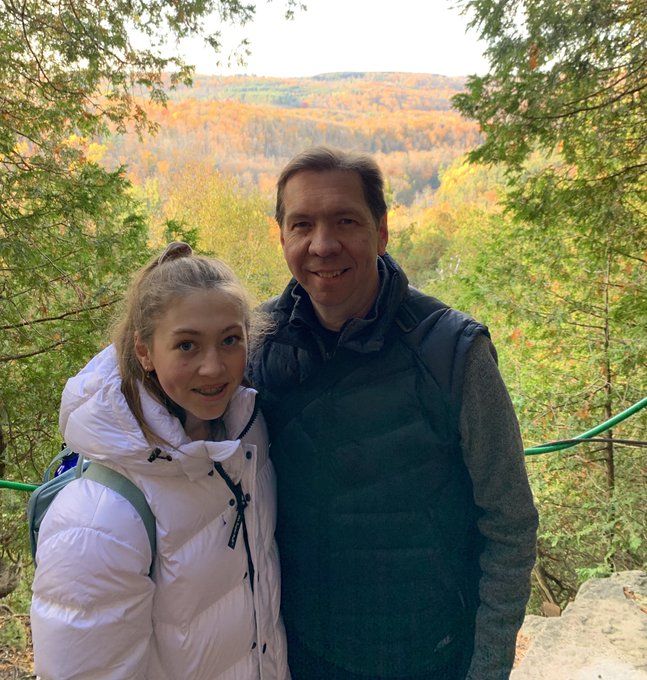 He is pretty successful in a sportscasting career but he doesn't like to open up about his personal life. However, he has mentioned his wife on a Twitter post but never mentioned her name. So, we can assume Miller to be a married man who doesn't like talking about his relationships.

Gordon Matthew Miller was born on June 21, 1964, in Sundre, Alberta. He holds Canadian nationality and has a zodiac sign of

There is absolutely no information regarding Gord Miller's education history from where he studied and graduated.

Miller began his career working for CBC and covered the Edmonton Oilers. Later, in 1990, he joined TSN as a reporter and occasionally covered NHL hockey. However, he started covering hockey play-by-play regularly in 1994.

That year, he also covered World Junior Ice Hockey Championships, starting as a rinkside reporter and secondary play-by-play caller and eventually becoming the lead announcer in 2002. 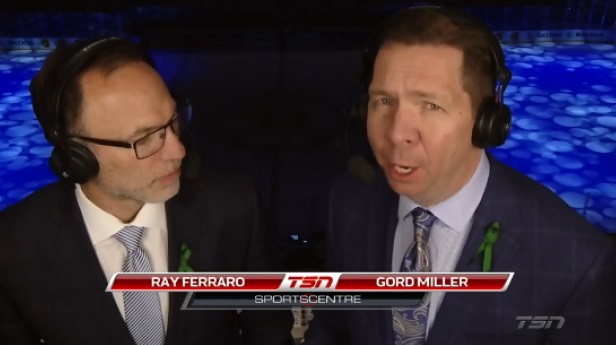 Further, Canada's Olympic Broadcast Media Consortium selected him along with his colleague Chris Cuthbert as play-by-play announcers for the men's ice hockey tournament at the Winter Olympics in Vancouver. 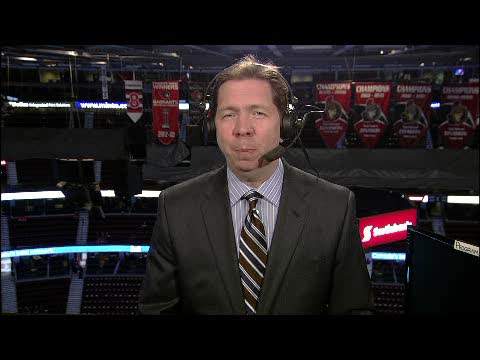 Besides hockey and CFL football, Miller has done play-by-play for Toronto Blue Jays games and further covered events like the World Series, the British Open, and the World Figure Skating Championship. He has also worked on the NBCSN's Friday Night Ice college hockey telecasts.

He also called the track and field events at the 2012 Summer Olympics in London for Canada's Olympic Broadcast Media Consortium, which included the 100m final featuring Usain Bolt.