Jerry Punch, M.D., is an American auto racing and college football commentator formerly working on ESPN, as well as a physician. Additionally, Punch also does local radio spots in Knoxville. Punch also appeared as an ESPN commentator in the 1990 movie Days of Thunder, featuring Tom Cruise and Robert Duvall.

The resident of united states, Jerry Punch is married to his wife, Joni Fields and has 2 children with her. As of 2018, Jerry has an estimated net worth over $18 million.

He was born on August 20, 1953, and grew up in Newton, North Carolina. As per his racial background, he is an American by nationality and belongs to the White ethnic group. In addition, the details about his family and siblings are not available yet.

He graduated with a degree in zoology from the NC State in 1975 and earned a medical degree from the Wake Forest University School of Medicine in 1979.

Jerry Punch Net Worth And Salary

As of 2018, he has an estimated net worth over $18 million. He previously worked as a commentator in ESPN Network. As ESPN is a popular Sports Network, it is well known for paying a heavy amount of salary to its sportscasters.

In addition, he is also a doctor by profession. So, we can clearly assume that he has been earning a significant amount of money through his professional career.

He began his broadcasting career when he was selected to join Newton-Conover High School's local radio station. In 1980, Punch began radio broadcasting for the Motor Racing Network( MRN). In 1984, he began working for ESPN as a NASCAR pit reporter.

While working at ESPN, Punch also did pit reporting at TBS and SETN. Punch also worked as a pitlane reporter for the Indianapolis 500 from 1989 and 2006 and from 2010 and 2018. He was also the lead voice for ESPN's coverage of the Craftsman Truck Series.

In addition, he also called college basketball and football and also served as a sideline reporter for college football. 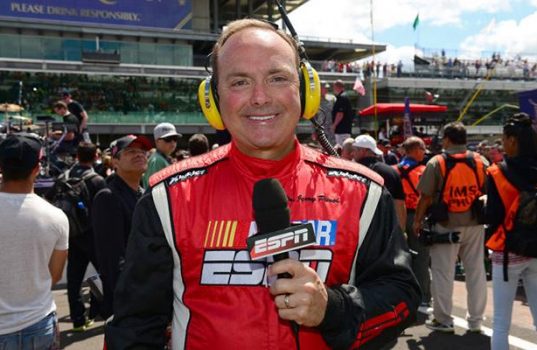 On 12 October 2006, he was named the lead lap-by-lap commentator for the coverage of the Sprint Cup Series and the Nationwide Series by ESPN  in 2007 together with Wallace and Andy Petree. Later, Dale Jarrett joined Punch and Petree in 2008 and remained together until the end of 2009.

Trip down memory lane. Strolled through ?@RCRracing? museum and stopped beside this special memory-1998 DAYTONA 500 winning car for Dale Earnhardt! Will never forget that day and what it meant to this team and race fans everywhere! Owe it to yourself to visit this place! pic.twitter.com/lgIT1Mbtmv

Punch was also an ESPN expert on medical issues. In 1996, he was consulted as a doctor to report the condition of Nebraska quarterback Tommie Frazier, who was left undrafted in the NFL because of a blood clot in his left leg. 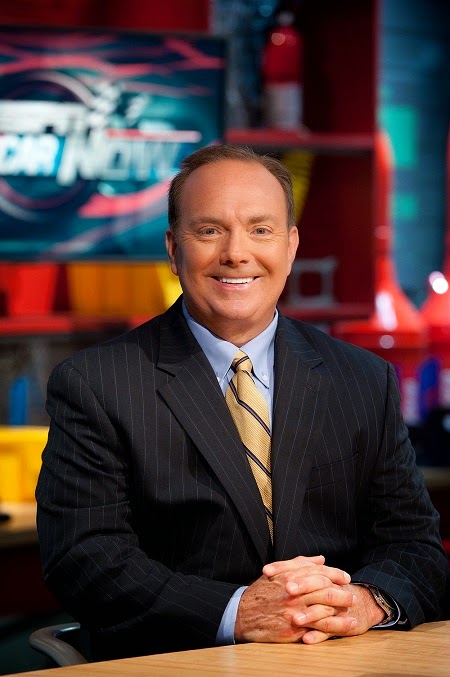 In 1988, Punch helped with the rescue efforts after the wrecks of Rusty Wallace and Don Marmor in two separate incidents. Punch is also credited with helping to save Ernie Irvan after a practice crash in August 1994 on the Michigan International Speedway. Punch also helped injured pit crew in several races in the 1990s on the pit road.

Jerry is a married man and he has been happily married to his wife, Joni Fields since February 26, 1993. Further, he has two children from the relationship. In addition, he was previously married to Rebecca Apperson.

Moreover, Jerry Punch is 5 feet and 8 inches tall and weighs over  68 kg.