Even after his retirement, Dale Arnold Jarrett, AKA Dale Jarrett, is considered the most famed Race Car Driver for the famous Daytona 500. A former American race car driver for the Daytona 500, Dale is the son of the legendary Ned Jarrett. He is a 2-time Grand National Champion and younger brother of Glenn Jarrett (father of the famous tracer Jason Jarrett). His complete family was bounded with a racing DNA, or else why would he be amazingly good at racing.

One year before his retirement, Dale Jarrett had already started his sportscasting career with ESPN/ABC's broadcasting team as an announcer in select National Series races in 2007. After his formal retirement in 2008, he became a part of ESPN replacing Rusty Wallace.

Dale Arnold Jarrett, a pillar of the NASCAR community, has an estimated net worth of $35 million as of 2022. According to the source, a three-time Daytona 500 winner and two-time Brickyard 400 winner, Jarrett's career earnings is reported as $59.9 million. At the same time, Jeff Gordon, Jimmy Johnson, and Matt Kenseth have summoned $144.6 million, $142 million, and $105.9 million, respectively.

As a successful ESPN racing sports analyst and host, he earns over $40 thousand from his TV career. So we can say he is still economically active after calling quits on his racing career. He also appeared in a Commercial alongside the formula one legend Jackie Stewart.

Further, he owns a lavish mansion in Hickory, North Carolina (NC), US.

Dale Jarrett Relationship Status; Why did he Divorce his Wife?

Dale Jarrett is now single after officially divorcing his former wife, but they are still on good terms. He got married to Kelley Jarrett in 1984. 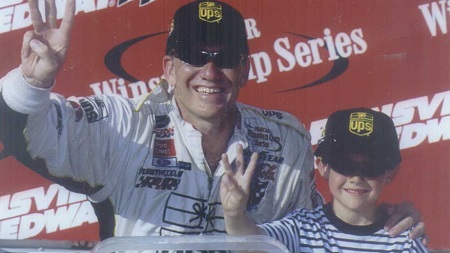 Dale and Kelly were family friends of Michael Waltrip and his partner Buffy, and it's how they got to know each other. They met each other in 1977 when Dale was a small-time driver and fell in love, to finally tie their knot after spending six years together.

The couple seemed to be enjoying their life, while some wild rumors speak of their divorce from time to time. Dale, in many interviews, has said that his life partner Kelley is behind his every achievement. 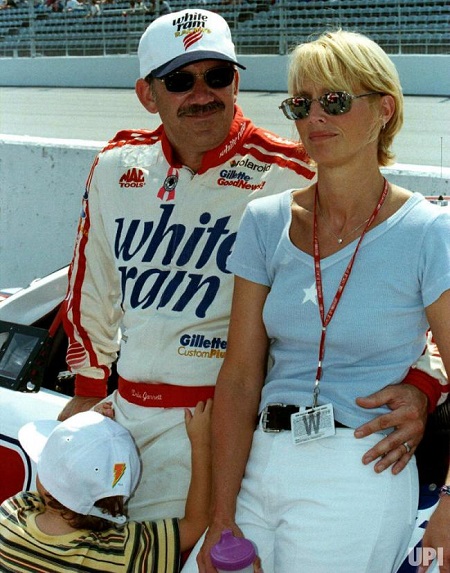 Unfortunately, the reason behind their separation happens to be cheating allegations against the former driver. Their relationship ended shortly after his wife Kelley noticed Dale's sexual affair with Buffy. Hence, they are now legally separated. However, Fale and Buffy denied the allegations.

His former wife gave birth to a son named Jason in 1983, but the marriage did not last long, and the couple separated. His son Jason is an American race car spotter for Richard Childress Racing, Kaulig Racing, NEMCO Motorsports, and Bobby Gerhart Racing.

Jarrett's other son, Zach Jarrett, is a professional baseball outfielder for the famous Baltimore Orioles and is currently playing for the Delmarva Shorebirds on loan. He has a great height of 1.82 meters which is approximately 6 feet.

Famous car racer Dale Jarrett was born on November 26, 1965, in Conover, North Carolina, United States, and his birth sign is Sagittarius. He attended Newton-Conover High School, where he was more prominent as an athlete.

Dale Jarrett was a multi-talented athlete as he played most the sports, such as basketball, baseball, football, and golf when he was in school.

He was inducted to golf by age twelve and led his high school golf team to three conference championships. Despite being so good at golf, he always was more attached to his father's racing career.

Dale started his racing career in the Limited Sportsman Division at Hickory Motor Speedway in 1977. He finished ninth in his first race. After that event, he knew that he was born to race.

Dale, throughout his career, has won several championships, which include the following:

Dale's first competition was in the 1982 NASCAR Budweiser Late Model, where he completed the race for a car owner. His promising performance on a racing track made several sponsors follow him. He was also named NASCAR's 50 Greatest Driver, USG person of the year, and NASCAR Hall of fame in 1998, 2004, and 2014 respectively. 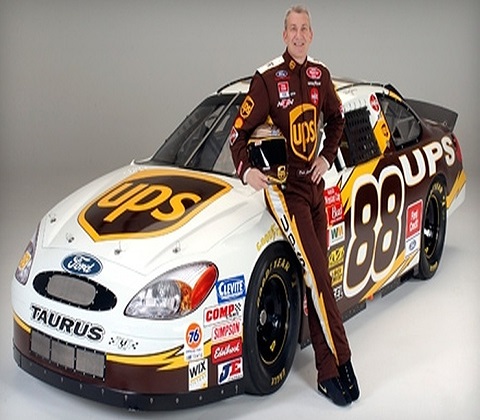 Dale dedicated his whole life to racing. He sustained several life-threatening car accidents during his long-running racing career leading him to face serious injuries. Later, in 2008, he finally decided to hang his racing gloves and announced his retirement to join ABC and ESPN as a sports commentator.

Jarrett participated and carried the Olympic Torch in the 2002 Winter Olympics rally in Salt Lake City. The 61 years old racer is also honored with several awards, which include the following: