Jeremiah Wells is an American professional Mixed Martial Arts (MMA) fighter who is currently signed to the Ultimate Fighting Championship (UFC), under the welterweight division. Professional since 2012, he previously competed at PACF, CFFC, CES, and CCFC.

Pennsylvania native, Jeremiah Wells was born on 30th October 1985, under the star sign Scorpio. The thirty-five years old holds an American nationality and is of Afro-American ethnic background. He stands  5'9" (175cm) tall and weighs  75.0" (191cm).

Unlike other athletes, MMA fighters do not have fixed salaries rather they sign a contract for a certain amount of fights, and they are paid a fixed amount of money each time they fight. Wells is currently signed to UFC where the fighter has guaranteed show to cash and win bonus for the winning party as well as other bonuses.

Earlier, Wells has competed at various promotions but the payment details are under the shade.

Before started fighting, he was a Construction worker.

It is still unknown if Jeremiah Wells is married or not. However, he is a proud daddy to his three children: a son and two daughters. He often shares pictures of his adorable kids on his IG whereas there is no information about his kids' mothers. 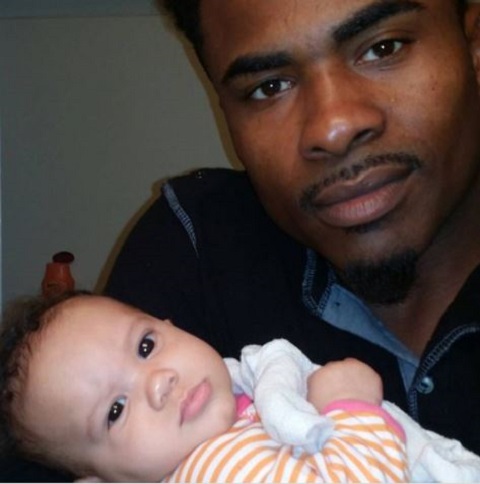 On 13th October 2012, Jeremiah Wells made his career debut at PACF - PA Cage Fight 14 against Quinton Stephens. He won the fights via TKO.

He next faced Bradley Desir at CFFC 44 - Bezerra vs. Makashvili 2 on 13th December 2014 and won the bout via submission.

On 27th February 2016, Wells had his career's first loss at CFFC 56 - Wells vs. Walo where he was defeated by Emmanuel Walo via unanimous decision. The following bout was drawn against Bassil Hafez at CFFC 68 - Cage Fury Fighting Championships 68.

Wells has a series of three wins in 2018 against Gary Balletto Jr., Jon Manley, and Jason Norwood at CES MMA 49, 50, and 52 respectively.

On 28th June 2021, Wells made his UFC debut at UFC Fight Night 190 - Gane vs. Volkov
where he knocked out Warlley Alves in round two.

On 4th December 2021, Jeremiah Wells is scheduled to face Jake Matthews at UFC ON ESPN 31.