An Australian native, Jake Matthews is a Mixed Martial Artist who currently performs in the Ultimate Fighting Championship's welterweight division. In his entire MMA career, he took part in 18 bouts and has an outstanding record of 14 wins with only 4 losses.

The father of one, Jake is an Australian native by birth and belongs to the ethnic group of white. Moreover, he was born on 19 August 1994, making him 25 years old as of 2019. Also, he grew up in Melbourne, Victoria, Australia and was born under the influence of the star sign, Leo.

The 34th best MMA Welterweight Fighter, who has been in the world of fighting since his young days has an estimated net worth over $500,000. As per the reports, his career disclosed earning is around $122,000 and apart from his career earnings, he is believed to have earned an additional amount of money from different endorsements and sponsorship.

Talking about the UFC pay structure, the debutant is expected to earn $10,000 to show which will eventually become $20,000 if they win the fight. Also, the fighters are expected to receive $3,500 as a fight week incentive pay. In contract, the experienced players earn $150,000 as an average salary while the highest-paid UFC fighter, Conor McGregor receives a salary around $32 Million.

Although jake has posted a lot of pictures of his luxurious on his social account, the details about them are still out of reach of the media.

In a Relationship With Addy Dee

Well, the question if Jake and Addy are married or not, is still unanswered. However, they share a strong bond with each other. It was on January 19, 2016, Jake decided to ask her out for the first coffee date and without hesitation, Addy accepted his proposal. 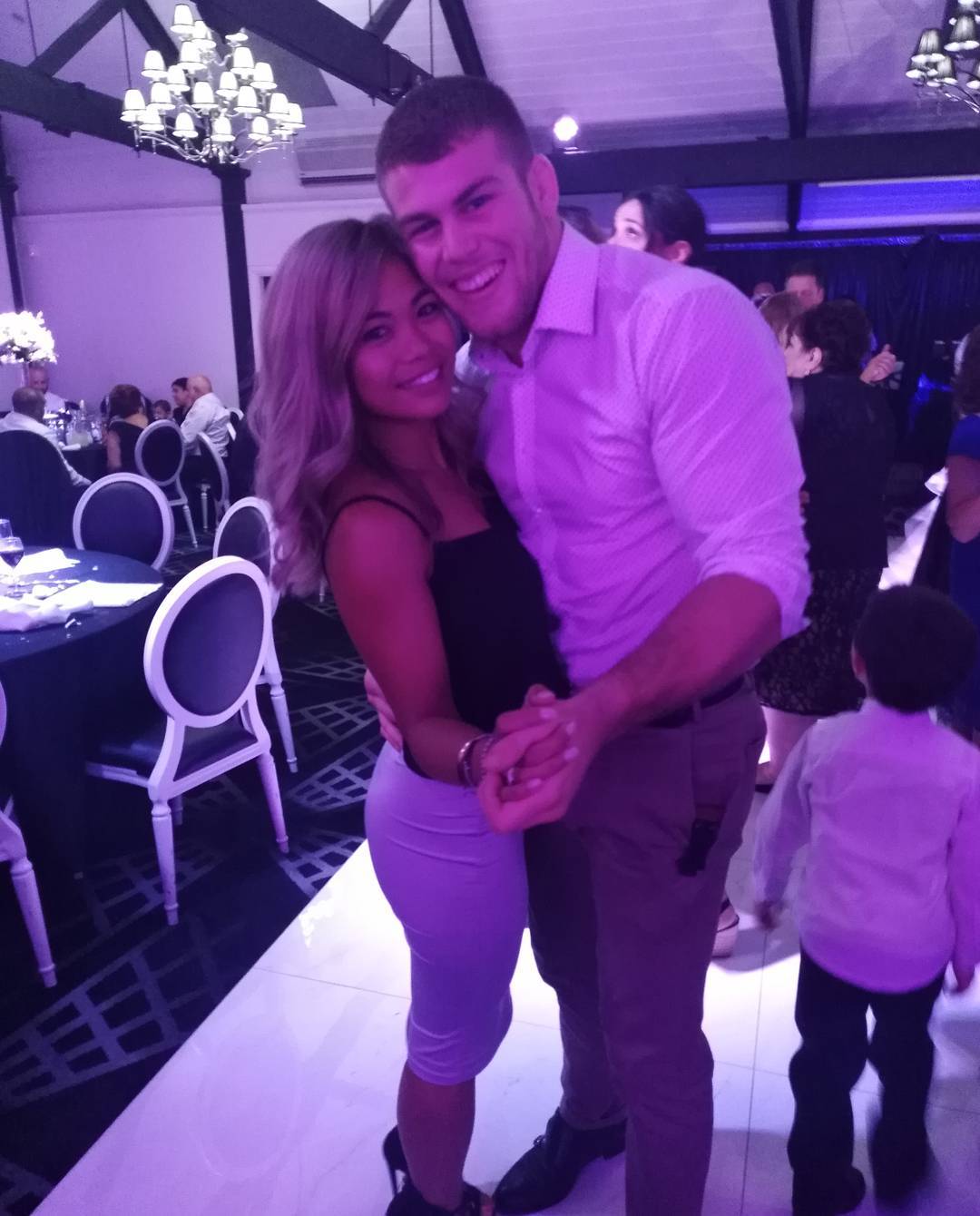 Remembering the day in the couple's 2nd years of togetherness, Jake posted a picture on his Instagram account with the caption of "2 years ago today I worked up the courage to ask you out on our first coffee date. Thanks for always supporting and putting up with me! Love you more and more everyday! P.S I'm the boss."

Currently, he is residing in Epping, Victoria, Australia along with his partner and daughter.

Blessed with the daughter 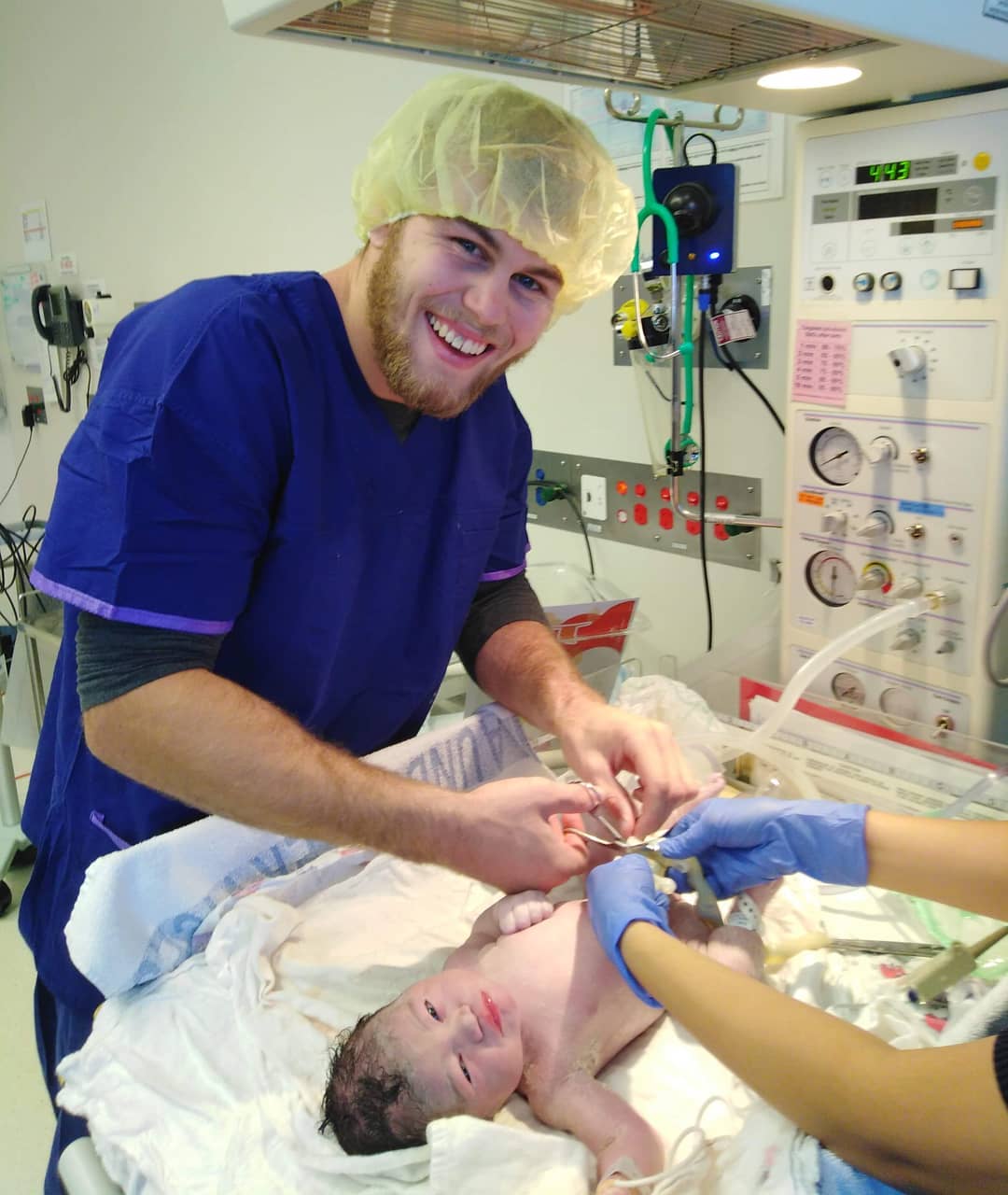 Jake Matthews during the birth of his daughter SOURCE: Instagram

Additionally, he expressed his happiness after the birth of his daughter, posting a picture with a caption of "Hey everyone, please join us in welcoming to the world my beautiful daughter Alani, you already have lots of people who love you, little one! Born 6:04 pm January 5 at 3.51kg (7lb 8) everybody say hello to Alani Matthews! The whole clan is so happy you're here! #theceltickidskid #mypurpose @ufc."

As a UFC Fighter

Jake currently performs in the Ultimate Fighting Championship's welterweight division. In his entire MMA career, he took part in 18 bouts and has an outstanding record of 14 wins with only 4 losses.

Additionally, he is scheduled to fight with Rostem Akman on UFC 243 on September 5, 2019. In his entire MMA career, he fought along with some of the famous MMA players such as Anthony Rocco Martin, Shinsho Anzai, Jingliang Li and many more.