Oskar Piechota is a Polish Mixed Martial Arts (MMA) fighter who is currently signed to the Ultimate Fighting Championship (UFC), under the Middleweight division. A professional since 2011, he previously competed at Cage Warrior, Spartan Fight, MMA Attack any many more.

How Much Is Oskar Piechota's Net Worth As Of 2020? Know His UFC Career Earning

Turned professional MMA since 2011, Oskar Piechota has earned his wealth widely throughout his career. Before signing to UFC in 2017, he competed widely in his country. As he is associate with UFC now, fighters there makes a base salary on fight night no matter if they win or lose, however, there is typically a “win bonus” included for the winning fighter and also “fight of the night” and “performance of the night” bonuses which are normally an extra $50,000 for fighters who do something exceptional on fight night. Among other, the fighters has a rebook sponsorship of $2500 on every fight.

His UFC Career Earning Is Disclosed Below:

A BJJ Black Belt, he is sponsored by Manto and MZ Store. Besides, he has not mentioned any income-generating ventures of him. As of 2020, his net worth is approximately $0.5 million. He has maintained a good lifestyle but information regarding his real estate and vehicles is yet to disclose.

The personal life of Piechota is full of secrets. It is still unknown that the MMA fighter is single, in a relationship, or married. A matter of fact, he has shared less to no information about his love life in the public. 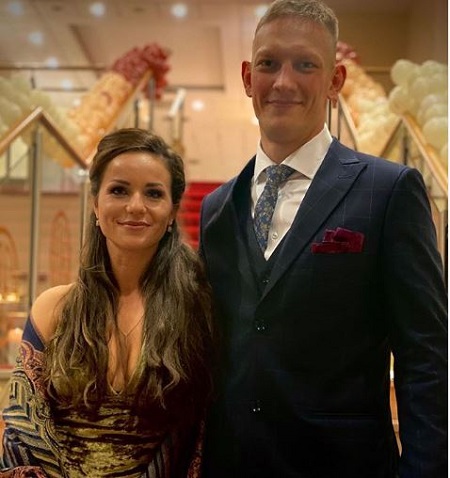 Scrolling through his IG posts, he has posted a picture with a beautiful lady. However, he has not provided any detail instead of making his fans more curious.

Piechota started training in Brazilian Jiu-Jitsu from a young age. At his twenty-one, he transitioned to mixed martial arts. Regarding his academic background, he earned a degree in Physical Education in Poland. Besides, there is no information about his early life. The information regarding his parents, siblings, and childhood is yet to reveal.