Jeremiah Nakathila is an uprising professional boxer who is garnering quite the limelight for his fighting skills. In his professional boxing career, he has mustered an amazing record of 21-1-0 (Win-Loss-Draw). Likewise, he is the current WBO Africa Super Feather Champion, having held the title since 2017.

Hailing from the suburbs of Walvis Bay, Namibia, Jeremiah Nakathila was born in 1989. He celebrates his birthday on the 17th of December every year. Likewise, his current age is 31.

He has a close bond with his family members and is usually seen sharing pictures captured alongside them through his social media handles. However, the exact details of his parents and siblings are yet to be disclosed.

Jeremiah's pro-boxing career started on October 11, 2013, when he fought in his debut match against David Shinuna. He won the bout quite comfortably via a TKO, recording his first win. On December 6, 2013, he won for the second time when he faced Tebogo Kagiso. 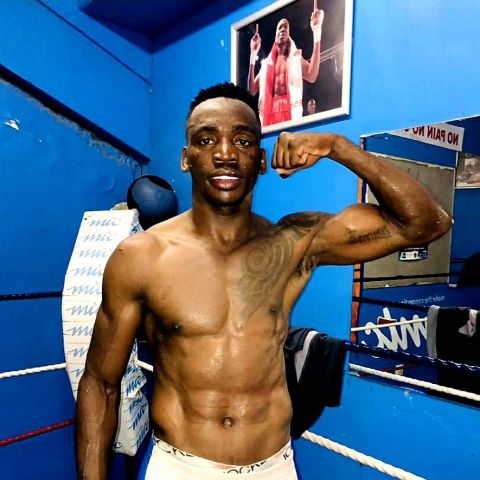 Following two straight wins, he became confident and went on to register wins in nine of his upcoming matches. Some of the opponents that he defeated were Manfred Haimbanga, David Egumbo, Patrick Seoko, Wilson Masamba, and Jasper Seroka. When he won against Jaster Seroka, he also won the interim WBO Africa Super Feather Title.

On November 18, 2016, Jeremiah faced a loss for the first time when he came face to face against Evgeny Chuprakov. Not only he lost the bout, but he also lost the chance to capture the vacant WBO Inter-Continental Super Feather Title. Despite a huge loss, he didn't back down and eventually returned on the winning way.

On September 9, 2017, he defeated Said Mohamed Hassan to capture the WBO Africa Super Feather Title. After becoming the champion, he went on to successfully defend it against several opponents like Patrick Okine and Prince Dlomo. In April 2019, he became the WBO Global Super Feather Champion by defeating Zoltan Kovacs.

After that, he faced three more opponents, Peter Pambeni, Immanuel Andeleki, and Emmanuel Amos, and won against all of them. Jeremiah is currently focusing on his upcoming bout against Shakur Stevenson for the WBO Interim World Super Feather Title. The bout will take place in Las Vegas on June 12, 2021.

As per sources, the average salary of a professional boxer is around $35,584 per year, and it ranges from the lowest of $22,000 to the highest of $37,000. Noting that, Jeremiah also might have been earning good. Sadly, the exact details of the Namibian pro boxer's earnings and net worth are yet to be revealed.

Nonetheless, after going through his pictures on social media and seeing his healthy lifestyle, it can be assumed that he has been earning a pretty sum so far. Furthermore, he likes to travel around and also owns some good cars.

After going through Jeremiah's Instagram handle, it is believed that he is a happily married man. The name of his partner is Penny and she goes by the username of ___ndali___ on Instagram.

On April 25, 2021, he shared a couple-y pictures with his partner and captioned it writing "Capturing the moment." Just some moments later, Penny took to the comment section and wrote "My love this one." 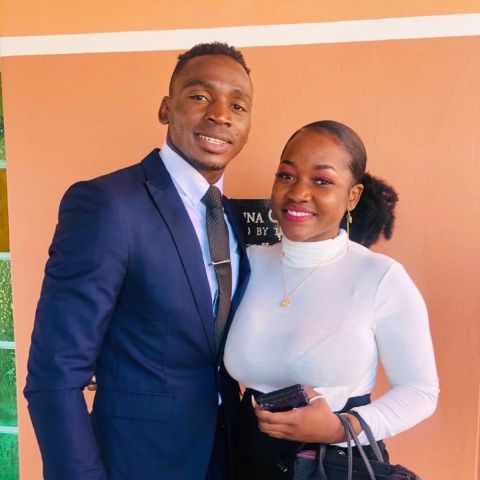 Likewise, it seems that Jeremiah and his partner are blessed with a daughter. On July 8, 2019, he share a cute picture of his daughter, Isabel Nakathila, via Instagram on the occasion of her birthday. He captioned it writing "Happy birthday to daddy's little princess. May you grow into an elegant and God~fearing woman. Age gracefully daughter."