Jennifer Botterill is a retired women's hockey player who played for teams like Harvard University Women's Hockey Team, the Canadian national team, The Mississauga Chiefs, and the Toronto Aeros. She assisted the game-winning goal in her final international game, where Canada's 2-0 win over the United States won a gold medal for her nation in the 2010 Winter Olympics.

The youngest member of the Olympic team in 1998, she was born on May 1, 1979, in Ottawa, Ontario, but he claims Winnipeg, Manitoba, as her hometown. She attended Harvard University where she was a member of the ice hockey team.

Jennifer has earned a right amount of fortune and fame throughout her career, and as of 2020, she has an estimated net worth of around $2 million. Currently, she is serving on the television broadcasting industry with CBC and TSN, where she earns around $100,000 per annum. She is also a motivational speaker, through which she is making thousands of dollars. 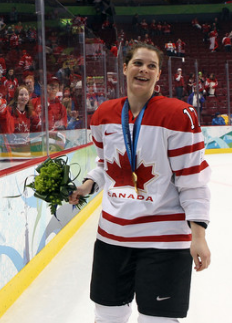 While she was a player, she used to earn $15,000 per season from the team, and she also represented her nation in the Olympic games through which she earned between $35,000 to $40,000. Similarly, players like Alex Rigs, Kacey Bellamy, Megan Keller also used to earn in the same range.

Three-time Gold Medal Champion is married women who tied a knot with Adrian Lomonaco in 2012. During those times Jennifer was retired from the game whereas her husband used to coach the Olympic Amateur level players. 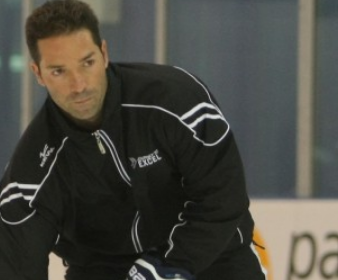 So far, the lovebirds has a great marital life; nowadays, Jenni is busy with her projects, whereas her husband is engaged in coaching.

Who is Jennifer Botterill?

Jennifer's husband Adrian is the former NHL player who currently serves as a coach for players at the NHL, Olympic, National and Amateur levels. He has a unique ability to break down the skills of hockey and to teach players. Under his guidance, players have been rewarded with achieving new levels of success in hockey.

He is an exceptional Skillful coach for Canadian Hockey, and he has served for Canadian Women’s Olympic Team, and Women’s National Team ( 2008- present), U-22 teams, U-18 teams).

The former Ice Hockey player who won gold Medal fro three-time is currently serving as a keynote speaker and works on television with CBC and TSN. Jennifer is a  motivational speaker, and through this profession, she shares about her life lessons in a sincere and heartfelt way at numerous high profile events. 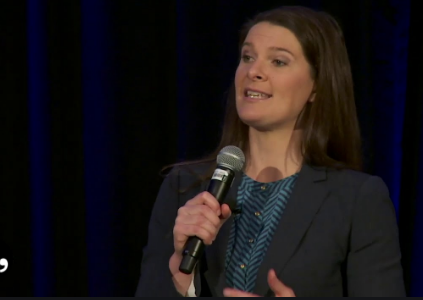 Besides all this, she is also a social activist who does charity work for the organization like, Free The Children, RBC, Coca Cola, CAA and the Government of Canada, Jennifer is an inspiration on and off the ice.