Alexandria Rigsby Cavallini known as Alex Rigsby is an American ice hockey player for Calgary Inferno and has competed for the United States women's national ice hockey team in numerous tournaments. She is the first goaltender in USA Hockey history to have competed with the US National Under-18, Under-22, and Senior women's teams.

The Goaltender also represented her nation in world championship where she won several gold medals for her country. She was born on January 3, 1992, in Delafield, Wisconsin and is 5.7 inches tall, still representing the U.S in World Championship of Ice Hockey.

Alex is a well-known sports personality and has an estimated net worth of around $800,000. Being the player of the United States Hockey League, she must be earning $40,000 to $60,000 as an annual salary which includes an extra 15% earnings from each product and merchandise related to their name. 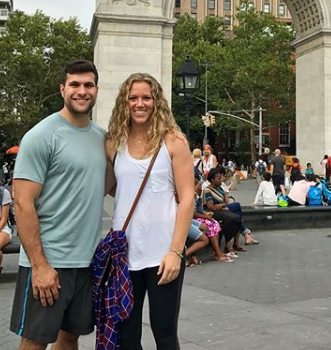 Alex on Vacation with her Boyfriend SOURCE: Instagram @arigs23

She has appeared several times in the World Hockey Championship representing her nation and she has also won several gold medals through which she must have earned between $37,500 to $45,576.

Alex Rigsby is a married woman. She tied a knot with her longtime boyfriend Aidan Cavallini in July 2019. The couple knew each other since they were in school. Rigsby even revealed that her husband is her former teammate as they played together until 10th grade and his dad was her coach in childhood.

Alex and Aidan knew each other since 2000 but only started dating in 2012 when they were in high school. 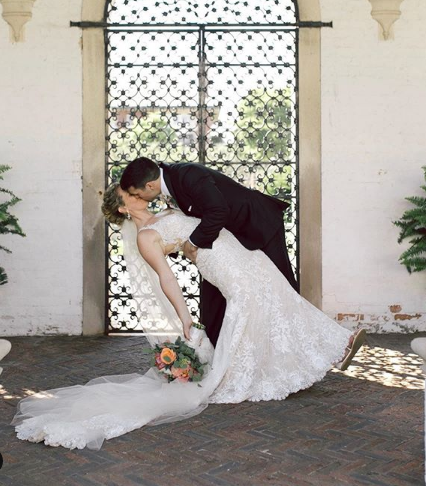 The couple got engaged to each other after 6 years of romantic love life on June 30, 2018. Her then-fiance proposed her with an engagement kneeling down on one knee at Honeymoon Island State Park.

In her Instagram, she has posted about the day Aidan purposed her at the time of sunset. She wrote: 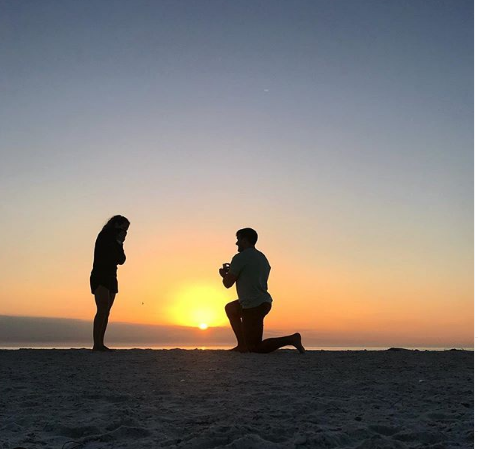 Who is Aidan Cavallini?

Alex's husband Aidan who is a former Badger men's hockey player was born to Katia and Gino Cavallini on Jan 01, 1992. His father Gino is a former National Hockey League who played college hockey at Bowling Green and nine seasons in the NHL with St. Louis, Calgary, and Quebec.

He coached Rigsby in her youth hockey days with the boys. 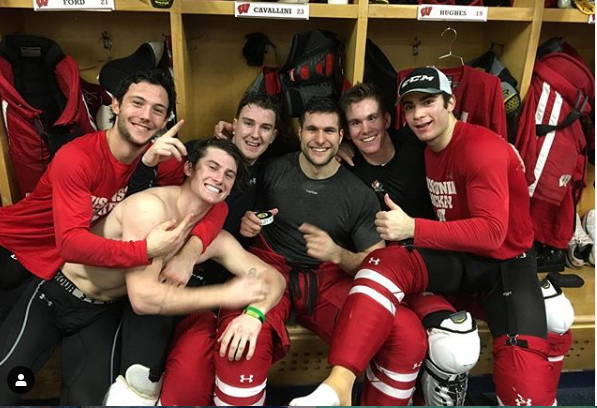 Alex is a well-known Ice Hockey player but apart from her career she is involved in the corporate sector and has worked in ShiftGear Work Design, LLC as Marketing Specialist between 2015-2016. An student-athlete at the University of Wisconsin-Madison, Alex also served as Wisconsin Athletics Marketing and Promotions Intern at the college.

Moreover, she served at Neuro Explosion Performance Training as a Marketing Executive