Born on April 2, 1995, Jenna Hellstrom enrolled at Kent State University, where she played for the Golden Flashes from 2013 to 2016 earning various recognition: MAC Freshman of the Year, first NSCAA All-American in program history and Kent State's all-time leader in 12 different career and single-season categories.

Jenna Hellstrom Net Worth 2020; What is her Annual Salary?

Represented by A&V Sports, Jenna Hellstrom's net worth as of 2020 is approximately $0.5 million. The significant source of her income is considered salary from the soccer club, national team, as well as endorsements. 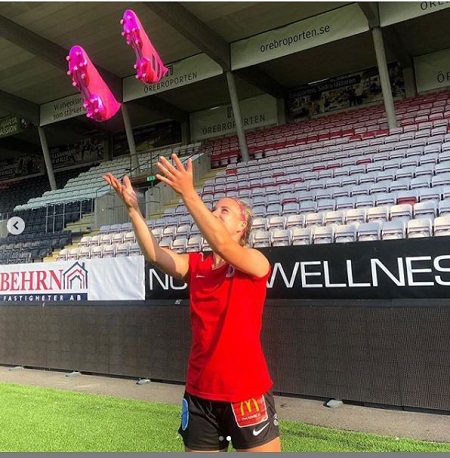 Hellstrom is endorsed by the second-largest sportswear manufacturer in the world, Adidas. Also, she is a fitness ambassador for Akfit, a fitness specialty store.

Reportedly, Jenna Hellstrom, 24, is single. The Canadian soccer player has maintained a low key personal life. To date, there is no news and rumors Hellstrom being involved in a romantic relationship or information about her boyfriend. 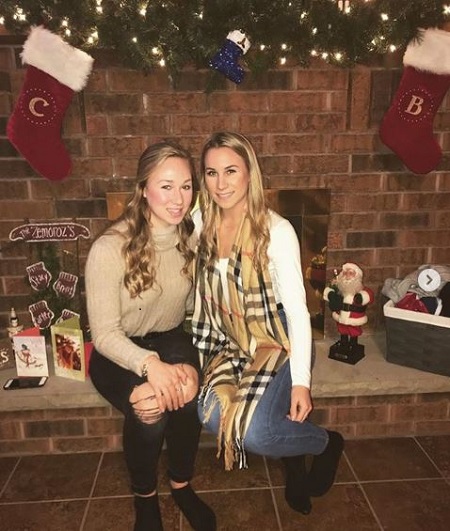 Instead, she seems to enjoy her singlehood. She often posts pictures from her vacations and with friends.

Sudbury, Ontario native, Jenna Hellstrom, was born to Donna and Peter, a hockey player. Further, she has a sister Karly. Canadian by nationality, she grew up competing in soccer, basketball, and track. For high school, enrolled Carl A. Nesbitt Public School and went onto graduate from Lasalle Secondary.

She received a soccer scholarship at Kent State University in Ohio. She earned a degree in sports administration and a minor in business.

In December 2017, Hellstrom signed to Djurgårdens IF. Further, Hellstrom signed with Växjö DFF on August 14, 2018, where she made a total of 7 appearances for the side, scoring three goals. On December 5, 2018, she signed a one-year contract with KIF Örebro.

In December of 2019, Hellstrom signed to the NWSL side Washington Spirit, joining the team alongside Sam Staab, Jordan DiBiasi, and Andi Sullivan.