Jordan DiBiasi is an American American soccer player currently signed to Washington Spirit as their No. 4 Midfielder. She was drafted by the team at the 2019 NWSL College Draft.

Jordan DiBiasi who recently turned professional soccer player has an annual salary of six-digit figures from the Washington Spirit.

Furthermore, she summons additional money through her endorsement deals with various brands including Adidas.

As of 2020, DiBiasi's exact net worth is under review.

Jordan DiBiasi has maintained a low-key personal life. There is less to no information about her love life in the media/public. Hence, she is assumed possibly single. 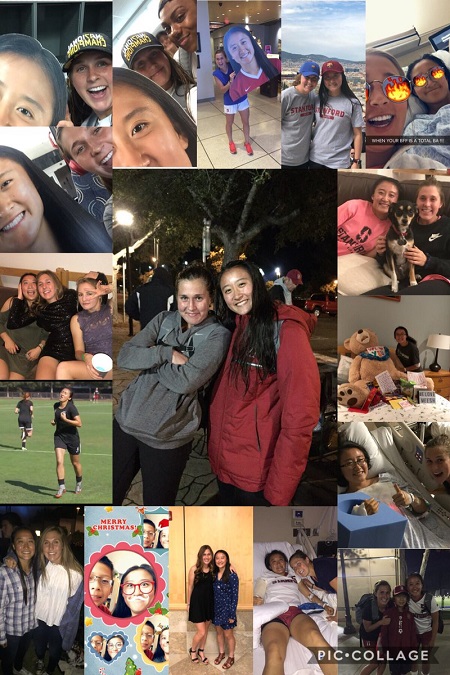 However, fans really doubt if she and her teammates Michelle Xiao are just friends. Rumored about her lesbian relationship is nothing but a hoax.

Jordan DiBiasi was born to parents: Wendy DiBiasi and Joe DiBiasi. Further, she is a stepdaughter of Kath Keen. She has an older brother, Joseph.

Along with playing for soccer at Stanford University, she did a minor in psychology. During her freshman season at Stanford, she started all 23 games in the midfield. Further, she was named to the Pac-12 All-Freshman Team.

With the third overall pick in the 2019 NWSL College Draft, the Washington Spirit selected Jordan DiBiasi, an attacking midfielder from Stanford. She joined the team alongside Aubrey Bledsoe, Sam Staab, Ashley Sanchez, and Andi Sullivan.

What's more, she is a United States youth international at the U20 and U23 levels. In December 2019, she received her first call-up to the United States women's national soccer team.