Sam Staab is an American soccer player currently playing on loan for Western Sydney Wanderers in the Australian W-League on loan from the Washington Spirit in the National Women's Soccer League (NWSL). Furthermore, the defender also plays side United States U23 and has been capped twice as of March 2020.

Born on March 28, 1997, Staab enrolled at Clemson University, where she played for the Tigers women's soccer team from 2015-18. Staab's 33 career assists, at the time of her graduation, were tied for 4th-most in school history.

Furthermore, she is on loan Australian W-League side Western Sydney Wanderers where the salary is reported $450,000 for the 2019-20 season. 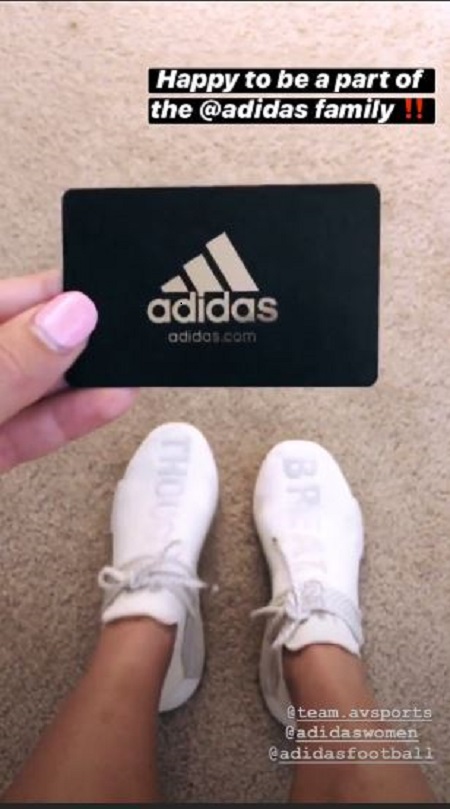 Besides soccer, she earns from her endorsement deals with various brands, including Adidas. As of 2020, her net worth is $0.2 million.

So far, Sam Staab has not been into media for her love life. The soccer player has maintained a low key personal life. For now, the lady is assumed single. 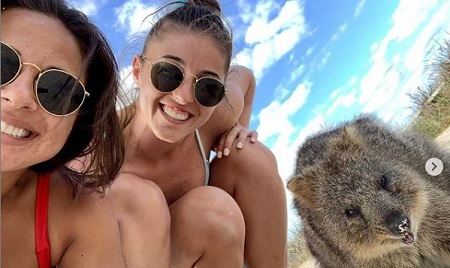 Staab seems to be enjoying her singlehood and focused on her career. What's more, she often shares pictures with her BFFs on her Instagram. Most recently, she had her vacation on The Basin Rottnest Island.

Sam Staab was born in San Diego, California, and was raised alongside her brother, Peter Staab. Her mother holds an administrative position at San Diego State University, while the father is a businessman.

In an interview, she said, "My parents got me involved with soccer at a young age, and it’s something that I stuck with because I really enjoyed it."

She enrolled at Scripps Ranch High School and then Del Mar Carmel Valley Sharks. Upon graduation, she joined Clemson University and played for the college team, the Tigers women's soccer team.

In the 2019 NWSL College Draft, Staab was drafted 4th overall in the first round by the Washington Spirit. Further, she was signed to the Spirit's senior roster in advance of the 2019 NWSL season in April.

On April 13, 2019, she made her professional debut against Sky Blue FC, scoring a 59th-minute goal en route to a 2-0 season-opening win for the Spirit alongside Andi Sullivan and Ashley Hatch.

Moreover, Staab was loan out to the Western Sydney Wanderers in advance of the 2019–20 W-League season, making her debut on November 14, 2019,