Jean Pascal is a talented professional boxer who is the current WBA (Regular) light-heavyweight champion. He has held many championships such as The Ring, IBO, WBC, and lineal light-heavyweight titles in his career. Likewise, he has also won Gold Medals twice while representing Canada at the international level.

Hailing from the suburbs of Port-au-Prince, Haiti, Jean Pascal was born in 1982. He celebrates his birthday on the 28th of October every year. Likewise, his birth name is Jean-Thenistor Pascal.

Although his parents' names are not known, it is known that his mother worked as a nurse and his father was a respected politician. Apart from his parents, he also has an older brother named Nicholson Poulard. When he was 4-year-old, his mother took him and his brother and settled down in Laval, Quebec, Canada.

As his father was a politician, he decided not to accompany them and stayed in Haiti for some years.

The 38-year-old pro boxer was initially into hockey and soccer. But, his interest changed when his older brother became the Quebec Boxing Champion. Afterward, he began to pay a visit to the gym and eventually started to train.

He made his amateur career debut on January 27, 2001, by registering a win over Michael Walchuk. In his second bout, he was badly defeated by Jani Rauhala. In that year, he represented Canada in the 2001 Ottawa-Hull Jeux de la Francophonie and won a Gold Medal. Later, he became undefeated till September 13, 2003. 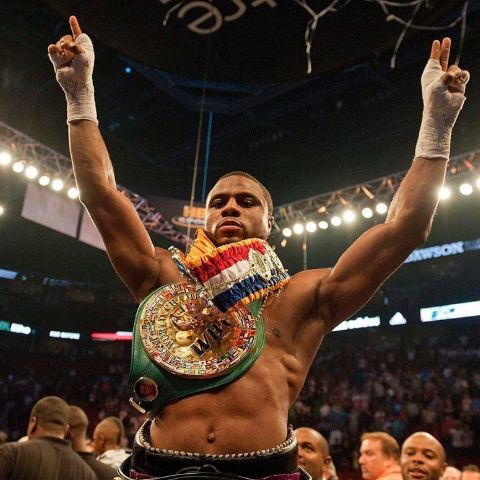 During that time, Jean's most significant victory came when he won a gold medal in the 2002 Manchester Commonwealth Games and a bronze medal in the 2003 Santo Domingo Pan American Games. On September 13, 2003, his 13-bout victory run was ended when he got defeated by Juan Ubaldo Cabrera. Following that, he took part in a few bouts before ending his amateur career on September 14, 2004.

In his amateur career, he took part in 24 bouts and had a record of 19-5 (Win-Loss). On February 3, 2005, he made his pro career debut by registering a win against Justin Hahn. His victorious run continued till January 11, 2008, as he defeated opponents like Eddie O'Neal, Jesse Sanders, Martin Desjardins, Lucas Green Arias, Christian Cruz, and Brian Norman.

Since then, he has been defeated five times only and has always stood up to his opponents. Moreover, he has also won several championships since then. Some of the boxers he recently defeated are Steve Bosse,     Ahmed Elbiali, Marcus Browne, and Badou Jack. His professional boxing record is 35-6-1 (Win-Loss-Draw). On June 6, 2021, he was supposed to face Badou Jack in a rematch under the main card of Logan Paul vs. Floyd Mayweather. However, the undercard match got canceled as Jean failed to pass the PED or Drug test.

The 5 feet 10 inches tall Canadian pro boxer has accumulated a hefty net worth of $4 Million, as per Celebrity Net Worth. He was able to make this fortune thanks to his successful boxing career. As there is no financial problem, Jean has a perfect lifestyle, and he likes to travel around and have some delightful collections of different things.

Is Jean Single or Married? His Personal Life Details

Jean Pascal likes to keep his personal life details up to himself only. His privacy concerns can also be seen on his social media handles, mainly Instagram, where he rarely shares pictures captured alongside any woman.

As a result of his privacy, there are no exact details confirming the pro boxer's current relationship status. Despite his privacy, one thing is known that Jean is the father of a beautiful daughter. Even his Instagram bio states, "Father of a lil Angel." 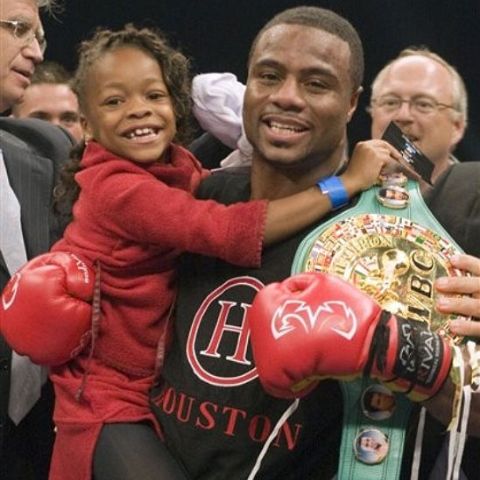 Jean Pascal celebrating his victory with his daughter SOURCE: bckonline.com

Sadly, he hasn't given many details of his daughter and has always kept her away from his limelight. Nonetheless, it is known that he has a great relationship with his daughter, and due to her, he gets motivated to work harder.