Jean Meneses is a Chilean professional footballer who plays for Liga MX club Toluca and the Chile national team. Meneses plays as a winger, and he can also play as an attacking midfielder. In his current squad, Meneses wears jersey number 16.

The professional footballer has been representing the national side of Chile since 2019. Besides, Meneses was passionate about playing football from an early age. So, his professional career kicked off after joining the youth system of San Luis de Quillota in 2012.

How Much Is Jean Meneses Salary? Net Worth Revealed

Jean Meneses earns a fair sum of money from being a professional footballer. Looking at his deals with multiple clubs, it can be said that he has a net worth of around $1 million. All of his income came from playing with different teams. Currently, Meneses has a deal with Toluca. 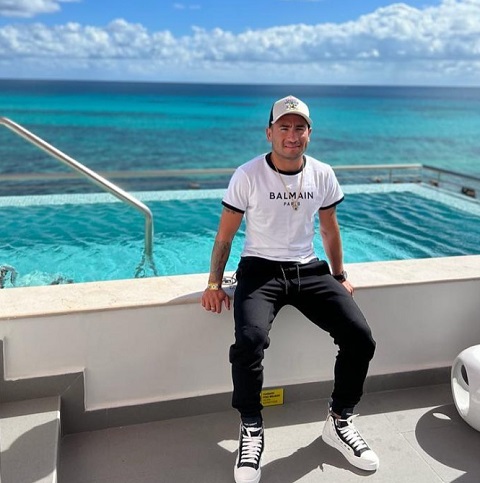 Being active in this sport for a long time, Meneses has developed his skills alongside his financials. His current market value is €5 million. The professional footballer also receives some cash from working with the sports brand Nike.

Married Life: Details To Know About Jean's Wife and Kids

Jean Meneses appears to be a married man as he lives happily with his partner, Lore. The footballer often shares pictures with his partner on his Instagram, where he is verified as @jeanmeneses16. Meneses shared the first post with Lore on August 29, 2020.

Since then, Meneses has been sharing their moments. However, he has not talked openly regarding his dating life or marriage. Looking at their social media posts, we can say that the couple has been with each other for over two years. 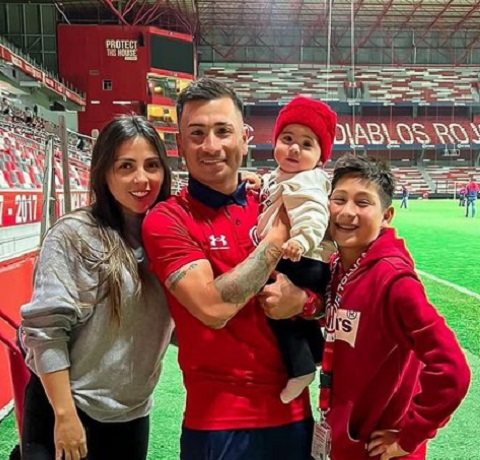 Moreover, Jean and his partner are the proud parents of two children, a son named Benjamin Ramos and a daughter named Juliette. The family of four lives happily.

As said earlier, Meneses began his football career after joining the youth team of San Luis de Quillota. After playing for the youth team, he came to the senior side in 2012. After making 104 game appearances and netting 13 goals, he moved to play with Universidad de Concepcion in 2016.

With them, Meneses played in 73 games and scored 13 goals. Later, Meneses received an offer to play for Leon on loan. So, on loan, he appeared in 28 matches and netted four goals. Later, he scored 16 goals in 104 professional games with the same team. 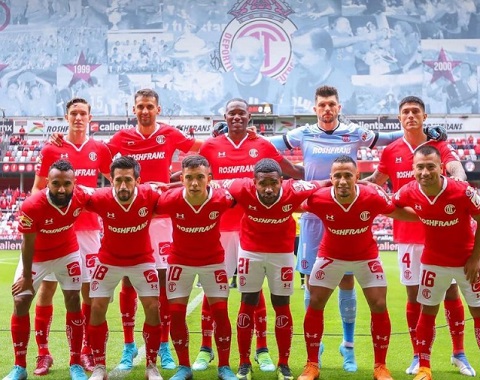 Jean Meneses with his squad in a game  SOURCE: Instagram @jeanmeneses16

On July 1, 2022, Meneses signed a deal with Toluca. Braian Samudio also plays for Toluca. Regarding his career in the national team, Meneses made his debut for the senior team of Chile on September 10, 2019, in a game against Honduras.

Who are Jean Meneses Parents?

Jean David Meneses Villarroel was born on March 16, 1993 in Quillota, Chile. The details regarding his parents remain unknown as Meneses has not shared anything yet. But he appears to have a strong bond with his mother, Patricia Villarroel Bugueno, as he often posts snaps of her on IG. 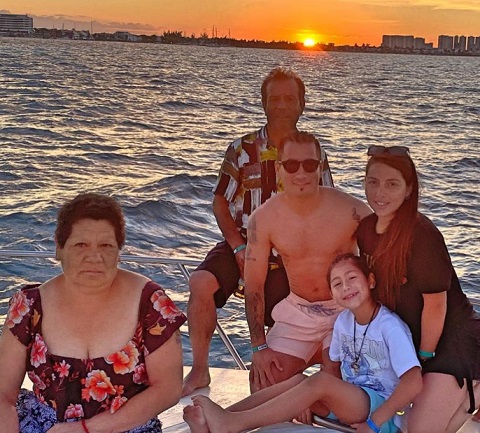