Braian Samudio is a rising Paraguayan professional football player. He is currently playing in the Mexican football league. Braian plays as a Forward for his club and country. The player turned professional in 2015, playing with Uniao Barbarense in his home country.

Braian Samudio was born Braian Jose Samudio Segovia on December 23, 1995, in Ciudad del Este, Paraguay. Information about his early life and parent is under the radar. He did not continue his formal education after completing his primary level. Talking about his physical appearance, Samudio stands five feet and eleven inches tall and weighs 80 kg.

Braian Samudio has an estimated net worth of more than $200,000. A football player has multiple sources of income. They make a handsome amount from their sponsorship and advertising deals. Samudio signed a multi-year contract with Toluca for an undisclosed fee. As per sources, Braian receives an annual salary of £182,000 while playing with the club for the 2022 season. 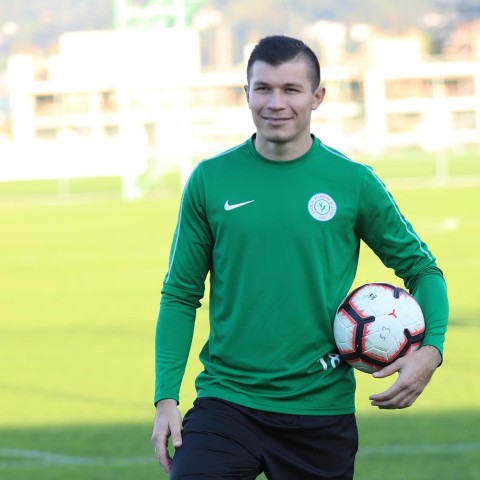 Samudio has a weekly wage of £3,500 with the club. Jorge Torres Nilo and Gallito Vazquez are the highest-paid currently playing with Toluca FC. He is very early in his career and will be adding millions in the future. Braian received €235,000 as his salary while playing with Caykur Rizespor in the Turkish football league. He is valued at €2.5 Million in 2022.

Braian is very private about his relationship status. The football player has not uttered a single word about his love life and girlfriend. There is no rumor of him dating anyone in public. Although, He is an active social media user and has posted numerous posts on his private Instagram account with followers of more than 60k.

Braian could be single, dating or even married to his wife and living a happy married life.

Braian started playing football with his siblings and parents in his backyard. He joined his hometown club Uniao Barbarense's youth academy, and trained with them for several years. The player represented the club on numerous levels and earned his senior team call in 2015. Samudio signed a one-year contract with the club.

Braian appeared in eighteen games for the club and scored four goals in the season. He moved to Brazil and signed with Boa Esporte for a single season in early 2016. The player appeared in twelve games and scored three goals. Guarani signed him for an undisclosed fee on a two-year contract. Samudio settled well into the club, expressing that it was a significant achievement to be part of Guarani.

The player was loaned to Caykur Rizespor in the Turkish football league for a season. He had a fantastic season, appeared in thirty-three games, and scored twenty goals. In early 2018, Rizespor made the deal permanent and signed him for a three-year contract. After completing the three-season, He moved to Mexico and joined Toluca.