Cesar Pinares was born Cesar Ignacio Pinares Tamayo on May 23, 1991, in Santiago, Chile. He did not come from a reputed family and has not shared much about his early life and his parents. Pinares did not continue his formal education after completing his primary. Cesar stands five feet and nine inches tall and weighs 75 kg.

Cesar Pinares has an estimated net worth of more than $1 Million. The player has earned most of his net worth through his successful football career. Cesar has been playing at the professional level for more than ten years. He has played with numerous clubs in different leagues globally. A football player has multiple sources of income and must be making a good amount from sponsorship and advertising deals. Cesar shares a photo of his signing with Altay SOURCE: [email protected]

Cesar has an annual salary of €540,000 with Altay. He is among the highest-paid player currently playing in the league. The player has a weekly wage of €10,385. Pinares will receive the same amount until 2023. He is living a lavish lifestyle throughout his successful career.

Yes, You read that right. Cesar is the proud father of three children. Pinares exchanged his wedding vows along with Ana Gonzalez in early 2010. They had a private and beautiful wedding ceremony in front of parents and close friends. Shortly after the wedding, the duo welcomed their first child, a daughter. 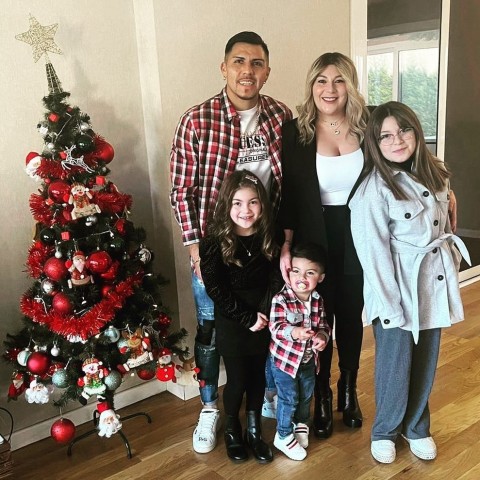 Cesar is an active social media user but has not shared much about his family and children. The couple has two daughters and a son. The family of five is living a happy married life. The player likes to spend his free time with his children.

Cesar started training with Colo-Colo youth academy in his early childhood. The player represented the club in numerous divisions and then moved to Chievo Verona and earned his senior team call in 2010. However, Pinares was loaned to Triestina, where he made his professional debut. In early 2012, Cesar joined San Luis for a season and appeared in fifteen games.

In 2013, Santiago Morning signed him for a season. However, in the mid-season, the player moved to Deportes Iquique and was part of the Copa Chile winning team. He spent his next three seasons with the club and appeared in sixty-one games. In 2016, Pinares moved to Union Espanola and signed for two years. Cesar appeared in forty-five games in the next two seasons and scored ten goals.

Cesar had a decent time in the next two seasons. The player represented Al-Sharjah and Colo-Colo until 2018. Pinares signed with Universidad Catolica for a season and then moved to Brazil for a season. In early 2021, Cesar moved to Turkey and signed with Altay for two seasons.