Jaylen Nowell is an American basketball player who last played for the Washington Huskies of Pac 12 Conference as a guard. Nowell's performed during his freshman year brought him good recognition and also declared for the 2019 NBA Draft.

Nowell was picked 43rd overall in the second round by Minnesota Timberwolves.

Jaylen Nowell Net worth; What is his Projected Salary?

Nowell has just started his NBA career and has been selected as the second round draft pick. He will reportedly receive a contract worth $4 million with the annual salary about $1 million.

As of now, Nowell's net worth hasn't been disclosed but it can be assumed to be over six figures. He must be brandishing sponsors and endorsements. As a sports star, he can be seen flaunting high-end outfits.

Jaylen Nowell Personal Life; Who is he Dating?

Jaylen Nowell is not married yet and is reportedly single currently. No any details about his relationship status and girlfriend is available. However, being a college basketball star and an NBA rookie, he might have received proposals from many girls and could also be dating any one of them.

Nowell is very tall with a height of 6 feet and 4 inches or 1.93meters. His body mass has helped him in the position of the guard. Nowell weights around 200lb (91 kg).

Nowell was born on July 9, 1999. He currently resides in Seattle. Nowell began his passion 13 years ago in his backyard on a grassland court. Jaylen was born to play basketball. His father, Mike, played for the Clark Atlanta University (1989-93) and his mother, Lanie, played center for Clark Atlanta’s women’s basketball team.

He spent a funny childhood listening to their parent's discussions. Jaylen also has a younger brother Shane, both of them would team up against their parents in the court. 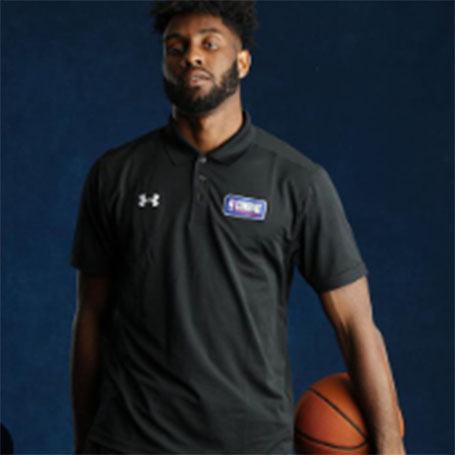 Eventually, everything got connected back to basketball even in their general life.

Nowell learned the game from his father. Senior Nowell was also called as Big Mike or Monster Mike. He was really tall over 6 feet 6inches giant.

Jaylen has been an avid basketball fan since his early days. Jaylen stuck posters of LeBron James and Kobe Bryant on his bedroom wall, but he idolized his dad’s favorite players, Larry Bird and Michael Jordan, Magic Johnson.

Nowell's father Mike was an assistant coach with the Seattle Rotary Style Basketball AAU program. Nowell had a heartbreaking incident when he lost his father to cancer. He was just 15 then. He further states that

“Being a kid and being the oldest, I’m trying to be strong for my mom and my brother so I didn’t really show any emotions,”

Did Nowell had his father's influence in building up his career?

While growing up, Nowell always learned to try from the older guys that his father played with. He learned a trick of influencing mid-range jumper. Jaylen didn't like going out much, he was always found to be in the court with his basketball.

In 2015, he captured a roster spot on the USA national team that played in the FIBA 2016 Americas Championship in Argentina. Nowell's team was the first team to be selected for the MaxPreps Sophomore All-America Team.

Nowell scored a personal-best 32 points in his UW debut, this has changed the seamless transition from his high school to the college.

In 2015, he captured a roster spot on the USA national team that played in the FIBA 2016 Americas Championship in Argentina. Nowell's team was the first team to be selected for the MaxPreps Sophomore All-America Team. This has led the team as a sophomore putting up 23.5 ppg and 6.1 rpg in 29 outings, helping Garfield win the Class 3A KingCo Championship