Jaycee Horn is a rising American football player. He has been playing for the University of South Carolina Men's football team in the NCAA Division I. Jaycee currently plays as a cornerback with his team. Horn was named into the Frensham All-Sec Team in his freshman year.

Jaycee Horn was born on November 26, 1999, in Alpharetta, Georgia. He is among the three children born to Joe Horn and his wife. His father is a former American football wide receiver and current assistant coach at Northeast Mississippi Community College. He has an older brother named Joe Horn Jr., who played at Northwest Missouri State, and a younger brother Jaycob currently playing at Texas State. Horn completed his High School at Alpharetta High School and then enrolled at the University of South Carolina. Horn stands six feet and one inch tall.

Jaycee starter training for football from a very early age. He started playing with his father and followed in his footsteps. Horn was part of his High School American football team. In his senior year, Jaycee had 44 tackles and five interceptions. He played in the 2018 U.S. Army All-American Bowl. After graduating from High School, Horn initially committed to play college football at the University of Tennessee but later changed his mind and committed to the University of South Carolina. 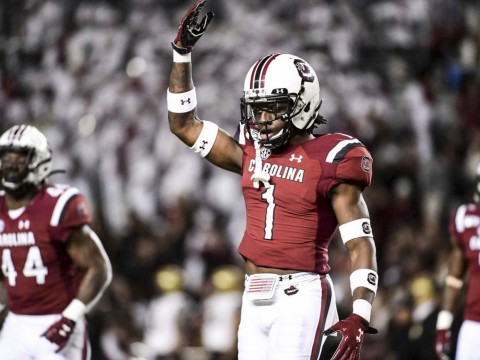 Jaycee is playing for South Carolina in NCAA SOURCE: The Valley Shock.

Jaycee played in eleven games and started in ten of them in his freshman year. He had 45 tackles with two sacks. At the end of the season, Horn was named freshman All-SEC. In his sophomore year, Jaycee started all 12 games, recording 40 tackles and one sack. In his junior year, The team removed their former head coach, Will Muschamp, and appointed another. The player opted out of the remainder of the season and focused on the upcoming 2021 NFL draft.

In early 2021, Horn enlisted his name for the 2021 NFL Draft and several other talents like Christian Darrisaw and Asante Samiel Jr. As per sources; Many top franchises are keeping an eye on him, and Steelers are among one of them.

Who is Jaycee Horn Dating? Know About His Girlfriend and His Relationship Status

The American football player is very much concerned about his future rather than about his relationship status. His Instagram account of 41k followers is filled with photos of his training and his family. Jaycee seems to be single as of early 2021.

Jaycee is very much early in his career. He is going to start his professional career shortly. As per NCAA rules, College players are banned from receiving payment for the games. Universities provide them with scholarships to cover their expenses. The average salary of a rookie NFL player is more than $600,000. 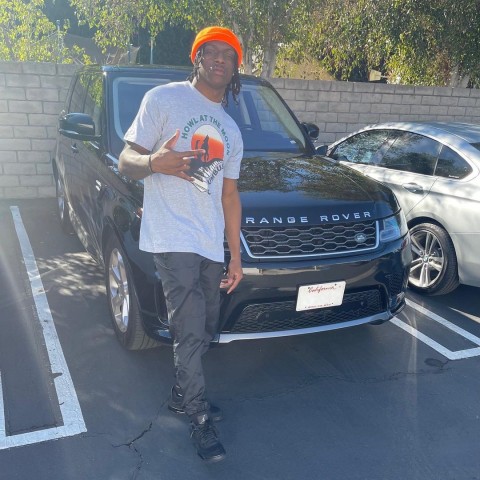 Horn must be enjoying his father's lavish lifestyle. His father, Joe Horn, has an estimated net worth of more than $40 Million. Joe credits most of his net worth through his successful career as an American football player. Totaling his career earnings, it sums to more than $70 Million from his ten years career.