Derrick Brown is a professional American football defensive tackle who is currently signed to the Carolina Panthers of the National Football League (NFL). The young talent finished his collegiate career at Auburn and was picked by the Panthers in the first round of the 2020 NFL Draft.

Sugar Hill, Georgia native, Derrick Brown was born on 15th April 1998, under the star sign Aries. Twenty-two years old is an American by nationality who came from an African ethnic background.

Brown's lucrative NFL signing bonus, the contract, and the endorsement deal with Nike has made him a millionaire but the exact figure of his net worth as of 2020 is under review. For sure, new four-wheelers and real estate properties are on the way.

Derrick Brown's Wife: Is He Married? 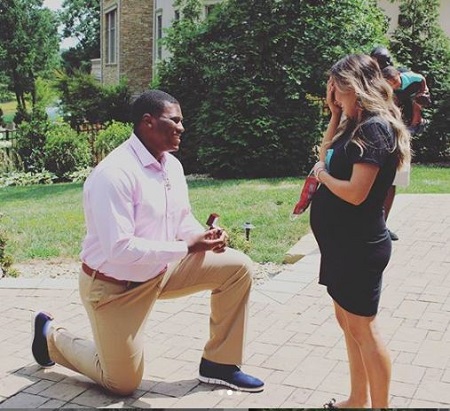 Kai Asher Brown was born on 20th December 2018, at 7:43 PM weighing 7LBS 5OZ and 20 1/2 inches long. Brown was a junior at Auburn when his son was born, and it added even more motivation for him to continue to dominate college football. Brown wrote on Instagram, "Thank you god for welcoming a new light into this world in our lives. We love him with all our hearts. With that being said world welcome, Kai Asher Brown. I love you Son.” 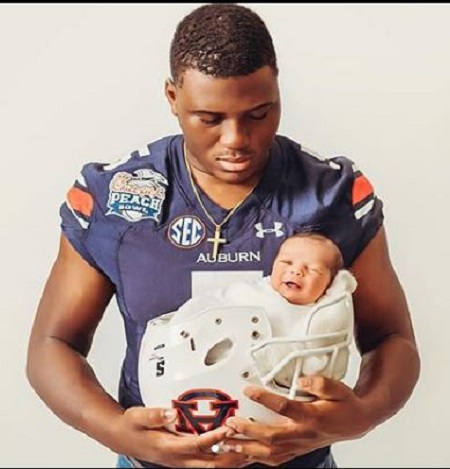 On March 24, during the coronavirus pandemic and COVID-19 outbreak, former Auburn defensive lineman Derrick Brown and girlfriend Tayla Main announced the couple is expecting their second child in October 2020.

Derrick James is the son of James Brown (father), a law enforcement officer, and mother, Martha Brown, a department manager at Walmart. He was raised alongside his younger brother, Kameron.

On 13th May 2020, Derrick Brown was picked 7th overall by the Carolina Panthers in the 2020 NFL Draft. He is Auburn's first defensive player to be picked in the top 10 since Carlos Rogers went ninth overall in 2005, one of Auburn's four first-rounders that year.