Asante Samuel Jr. is a rising American football player. He has been playing in the NCAA Division I Football for Florida State Seminoles. Asante currently plays as a cornerback and is pursuing his junior year with the University. In 2020, Samuel was named in the First-Teal All-ACC.

Asante Samuel Jr. was born on October 3, 1999, in Fort Lauderdale, Florida. He is the son of Asante Samuel and his former girlfriend. His father is a well-known former American football cornerback and played with numerous franchises in the NFL. His parents separated soon after his birth. After graduating from St.Thomas Aquinas in Fort Lauderdale, Florida, Asante enrolled at Florida State University. Samuel Jr stands five feet and ten inches tall and weighs 83 kg(184 lb).

Asante followed his father's successful footsteps and has become successful with it. Samuel Jr. played High School Football and was part of numerous title-winning teams. He was a four-star recruit coming out of high school. Several universities offered him to play for their team, but Samiel shortlisted and committed to play for Florida State University.

Asante could not make up for his game in his junior year. He only got to play in fifteen games and had a poor record. In his sophomore year, Samuel Jr named the third-team All-ACC team after recording 48 tackles, one interception, and 14 pass breakups. In his Junior year, The player made 30 tackles, eight pass breakups and was named to the first-team All-ACC team.

Asante has decided to forgo his senior year at the University and listed his name for the upcoming 2021 NFL draft. As per sources, Many top teams are keeping a close eye on him.

The American football player likes to keep his personal life away from the public. He is very much early in his career and must be focusing on making a good career ahead. Asante only shares photos of his training and his friends. The relationship status remains a mystery to most of us.

Asante is born to a rich family and must be living a lavish life. He is yet to enter into his professional career so, much about his economic career is under the radar. The average salary of an NFL rookie player is more than $600,000. Samuel will be making much more than the average salary once he signs a contract with the team. 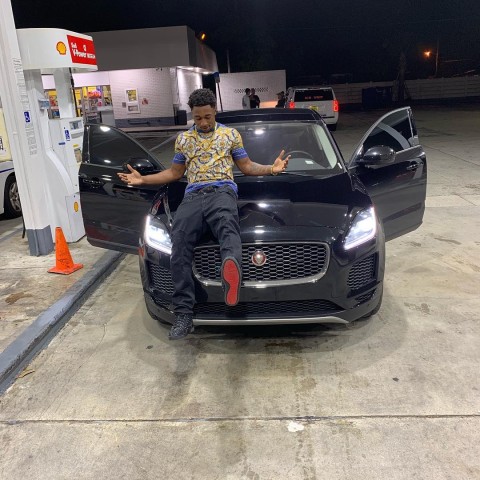 A Football player has multiple income sources which include, base salary, Bonus amounts, endorsement and advertising deals, and a few more.

His father, Asante Samuel, has an estimated net worth of more than $20 Million. He has accumulated most of his net worth through his thirteen years of the season in the NFL. Totaling his earnings from his NFL career, it sums to $57 Million. He has earned $37 Million from his four seasons with Philadelphia Eagles. Samuel was part of the two Super Bowl-winning teams.