Jay Ajayi is a former football player who played as a running back in the National Football League (NFL) and professional FIFA esports player. Most prominently, he had stints with the Miami Dolphins and Philadelphia Eagles. He finished his collegiate career at  Boise State and was picked by the Dolphins in the fifth round of the 2015 NFL Draft. Besides, the former professional FIFA esports player has a net worth of $ 1 million-$ 5million.

Ajayi retired from professional football following some injuries. Further, he is listed as one of the most successful American footballers and has a great collection of awards and honors, including Pro Bowl honors. The American footballer started his early career by playing for his high school named Liberty.

Born on June 15, 1993, the former professional footballer is aged 29. Further, he was born in London, England, to his Nigerian parents. In 2000, the Ajayi family relocated to Maryland in the United States. For your information, Jay was seven years old at the time. 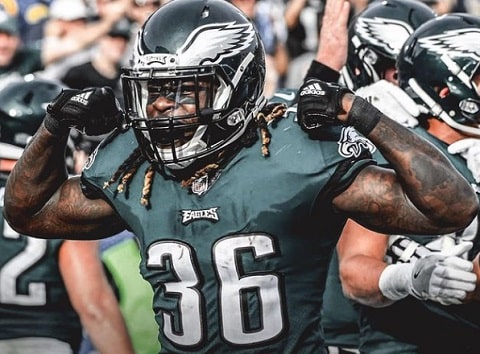 Ajayi later drove to Texas to begin his other career, where the London native attended Frisco Liberty High School. The former NFL player debuted by playing for the high school football team in his senior career. Due to his low-key personality, Jay hasnt mentioned much about his family and other personal details in the media outlets.

His Parents And Family Background

Jay was born and raised by his Nigerian parents in London, England. Likewise, he is the son of Ibi and Kemi Ajayi, both are of Nigerian descent. However, the detailed information about them, including their profession, remains under review.

Even though the former Boise State teammate is a family man, he has preferred to stay silent about his family and doesn't want them to remain in public attention. Neverthless, his parents must be supportive of his career and love to hold his back behind the media's eyes.

Further, the former FIFA esports player has a younger brother named Solomon. Further, Solomon also plays football, but unfortunately, we don't have any information about him. Jay has strictly hidden his personal life details away from us due to his private nature.

The London-born former football player kicked off his football journey at Frisco Liberty High School, where he started his senior career and rushed for 2,240 yards and had 35 touchdowns. The passionate footballer has had a sports spirit from his early career and used to be part of every sports activity he came across.

During his senior football career, Ajayi received one varsity letter in track & field as a member of the 4x400-meter, 4×200 m, and 4×100 m district championship teams, one of his great achievements. The former running back was rated as the 41st best running back potential of his class and was regarded as a three-star recruit by Rivals.com. 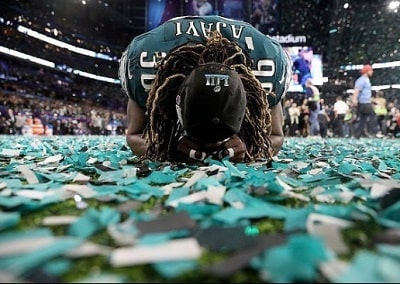 The former professional footballer Ajayi started his college football career by playing for Boise State from 2011 to 2014. As a redshirted freshman, he played in 11 games. During his senior career, Ajayi became the first Boise State player to run for 100+ yards in 10 games against Colorado State and Utah State.

Ajayi started his professional career in 2015 and was drafted in the fifth round of the 2015 NFL Draft with the 149th overall pick by the Miami Dolphins. Jay and Miani Dolphin had a four-year contract, a $2.50 million rookie contract, including a signing bonus of $220,813. Similarly, on November 8, 2015, Jay made his NFL debut against the Buffalo Bills.

For more description, he recorded his first professional touchdown against the San Diego Chargers in a 30–14 loss. Later on October 31, 2017, the fellow club bartered him to the Philadelphia Eagles for a 2018 fourth-round draft pick. Ajayi made history by recording his second career multi-touchdown game in the 2018 season opener against the Atlanta Falcons.

While talking about his Esports Career, Ajayi was contracted by Major League Soccer's Philadelphia Union on January 7, 2020. In addition to that, Martese Jackson, Cartavious Bigsby, and Javian Hawkins are also a well-known football running back.

Jay Ajayi is one of the successful football players. Further, the player has a net worth estimated at around $ 1 million- $ 5 million. However, the exact detail of his earnings is still to be confirmed. Apart from that, Ajayi is also named as one of the famous people born on June 15, 1993. 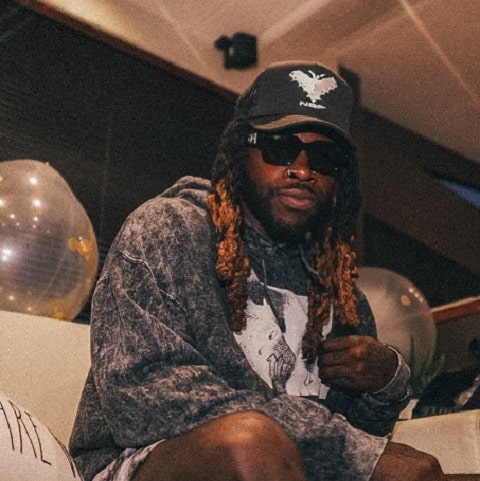 Jay Ajayi has a massive net worth SOURCE: Instagram @jaytrain

In addition to this, his primary income source of Jay is his successful football career; other than this, he might be receiving money from other sources like a campaign and an endorsement. Exploring his social media life, the Pro Bowl receiver seems to live a lavish life.

Who is Jay Dating- Is He Single?

The former NFL player Jay Ajayi seems to be single. He has never shared any details confirming his partner, nor has the footballer shared any picture of his lover on his social media handle. The successful footballer is expected to be at least involved in one relationship so far.

Ajayi has not linked with any woman, and no rumors and controversies are discovered about him in this writing. For further information, we can follow him on Instagram, where he is active under the username @jaytrain, and more than 700 people follow him.

Apart from that, Ajayi is also available on Twitter. Rather than Twitter, Jay seems to be fond of using Instagram as he often posts something about his life on IG. At the time of this writing, Ajayi has gained over 600 followers.