Javian Hawkins is an American football player who is currently playing for the Los Angeles Rams of the National Football League in the position of running back. The American international Hawkins played his college football at Louisville Cardinals. He is also the Super Bowl Champion.

On November 3, 1999, the Los Angeles Rams running back Javian Hawkins was born in Titusville, Florida. As of 2022, He is 22 years old, and Hawkins's zodiac sign is Capricorn. He has played for Atalanta Falcons, Tennessee Titans and Los Angeles Rams. Hawkins, the former Atalanta running back's height is 5 ft 9 inches and weighs around 89 kg.

Before transferring to Cocoa High school in Cocoa, Florida, he initially attended Astronaut High school in Titusville, Florida. The young American rising player Hawkins rushed over 4000 yards and 40 touchdowns. After completing high school, he was committed to playing a college career at the University of Louisville.

During his first-year college career, Los Angeles Rams running back just appeared in three games and took a redshirt. Javian opted out of the remainder of the 2020 season before the Nov 21 games against Syracuse. On top of that, he was eligible for the NFL draft. As a professional footballer, he signed his first contract with Atalanta Falcons on May 3, 2021, as an undrafted free agent. Hawkins is celebrating the win with his college team   SOURCE: Instagram

After his release on August 24, he decided to join Tennesse Titans just after two days. There also, a Titusville-born player didn't get to play. Thus, in September 2021, he signed a contract with Los Angeles Rams practice squad. Javian was performing well and even won Super Bowl LVI with the Rams. The Former Tennesse running back is trying his best to be a part of the NFL next year along with Chatarius Atwell and Brian Allen.

When it comes to relationship matters, he is very confidential about it. So, we are unsure whether he is dating someone or not. Being a private personality person, Hawkins has kept his life low-key, due to which anything regarding his love life and relationship status is unknown to the public. Currently, he is busy with his career rather than in a relationship.

Los Angeles Rams star player Javian still has a lot to do in his career. However, he is also having a taste of success at this early age and earning huge from his football career. When Javian joined Los Angeles Rams, he received an annual salary of $705000. 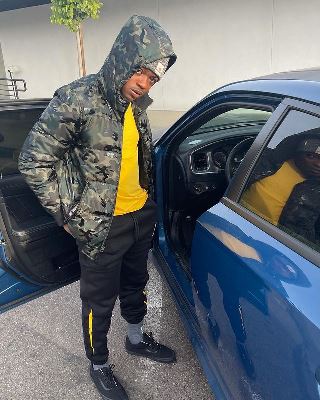 He is just 22 years of age and is sure that he is set to earn a million shortly. As per the sources, Javian has an approx mate net worth of 1Million to 2Million.

Javian's Instagram id goes by @free.10_ and has more than 12 thousand followers. He shares his sports-related news and personal life events and happenings to his fans Via Instagram.

Read about the bio, net worth, relationships and affairs of Joseph Noteboom at https://playerswiki.com/joseph-noteboom