Jason Whitlock is an American sports journalist. Together with Marcellus Wiley, he hosts the daily sports TV show Speak For Yourself on Fox Sports 1. Whitlock is a former ESPN sportswriter and former columnist for the Kansas City Star, AOL Sports, and Foxsports.com, as well as a radio personality for WHB and KCSP sports stations in the Kansas City region.

Jason Lee Whitlock, reportedly earns around $700,000, as his yearly salary from the network, and as of 2018, he has an estimated net worth of over $10 million.

Jason Lee Whitlock was born on April 27, 1967, in Indianapolis, Indiana to James “Jimmy” Whitlock and Joyce Whitlock. He holds an American nationality and belongs to African ethnic group.

Growing up wasn't peaceful for him, because his father was always gambling rather than being home with his family, as a result, his parents divorced after eight years of their marriage. Additionally, Jason grew up along his brother who was named after their dad-James.

He loved sport during his teenage days and was an active athlete. He attended the Warren Central High School in Indianapolis and participated actively in football. Later, he received a bachelor's degree in Journalism from Ball State University.

Jason Whitlock Net worth and Salary

The American sportscaster/anchor Jason Lee Whitlock has an estimated net worth of $10 million which is as much as NFL host Andrew Siciliano has. As of 2019, the reporter receives an annual salary of $700,000 from his successful reporting career with Fox Sports 1. 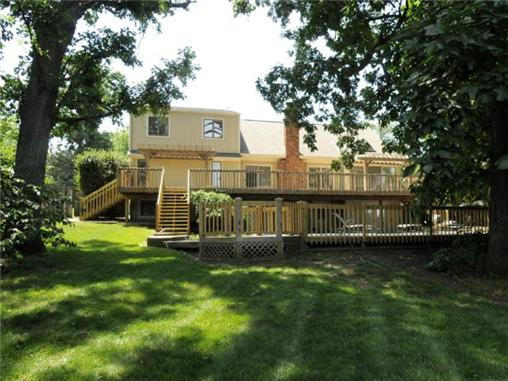 In 2012, Jason sold his dream home in South Overland Park, where he stayed for nearly a decade. The home was reported to have been on sale for two years.

Whitlock initially requested $260,000. When the house was sold, he had to deal with the market realities because the demand price was down to $225,000. Later, it was sold for $208,000, deducting the commission of the real state.

Whitlock worked part-time for the Herald-Times in Bloomington, Indiana for the first time. His first full- time job was in The Charlotte Observer as a reporter. After about a year, he joined Ann Arbor News in 1992 and spent two years covering Michigan University.

Whitlock was hired by the Kansas City Star in 1994. On 7 March 2008, the Scripps Howard Foundation presented Whitlock with the National Journalism Award for his commentary. Whitlock was the first sportswriter to win an award and a prize of $10,000.

In 2006, Whitlock announced the departure from ESPN.com online column Page 2 in favor of AOL Sports but initially expected to continue his ESPN television work. Later, he was fired by ESPN Because of his remarks, he wrote that the company tolerated no criticism and acted as they saw fit.

Whitlock's first MSN column of Fox Sports was published on 16 August 2007. On 10 February 2012, in the middle of the 92- 85 victory of the Knicks over the Los Angeles Lakers, Jeremy Lin scored career-high 38 points in the career.

Whitlock originally expected to be an integral part of the launch of the sports TV channel Fox Sports 1 in August 2013, but then felt that the work on TV would come at the expense of his writing. Whitlock, therefore, decided to leave Fox Sports after meeting with ESPN President John Skipper and accept Skipper's offer to return to ESPN.

Whitlock started a new show in 2016 on Fox Sports 1, Speak for yourself with Cowherd and Whitlock. As of September 2018, Marcellus Wiley was replaced by Cowherd on Speak for Yourself.

When Jason is mentioned, his relationship status is one of the most talked issues. He believes that marriage is a distraction and that being single makes him more focused and determined in his career. 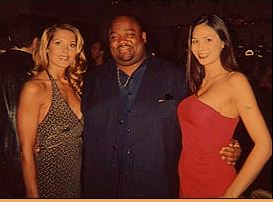 During interviews, he was questioned severely about his marriage plans, but he playfully replied that being single is enjoyable and has its own benefits. However, he was also been spotted with ladies but there isn't any concrete information if he had been in a serious affair or relationship with them or not.

There are speculations that Jason Whitlock is gay because he supports gay participation in sports and the LGBT community, but there is no evidence, as he has not been romantically connected to anyone.

Whitlock could be single and unmarried with limited information about his private life. Furthermore, he currently resides in Los Angeles according to his official Twitter.