Chase Claypool is a professional football player from Canada who plays in the National Football league(NFL). He is currently playing as a wide receiver for the NFL team Pittsburgh Steelers. He has been playing for the team since 2020. Chase finished with 3 receptions for 88 receiving yards in the 26-21 victory against the Denver Broncos in September of 2020,

He played his college football at Notredame and was included in the PFWA All-Rookie Team in 2020. Pittsburgh Steelers drafted him in the second round and 49 in the overall of the 2020 NFL Draft. He was rated as the Number 2 prospect and eligible to play n the Canadian league. In 2020, CFL draft, he was not drafted by any team.

Chase Claypool was born on July 7, 1998, in Abbotsford, British Columbia, Canada. According to the astrologers, his zodiac sign is Cancer. He was the son of his father, John Mensah, and his mother, Jasmine Claypool.

He was grown along with his 3 other siblings, 2 step-brothers, and a sister in Canada. According to him, most of his family members are involved in karate and gymnastics. 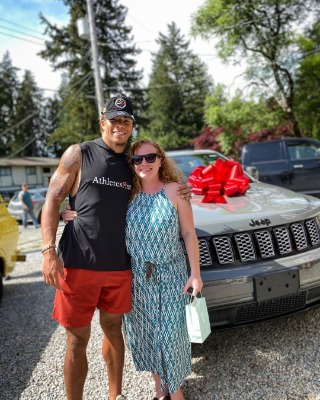 Gainwell attended Abbotsford Senior Secondary School situated in his birthplace. during his high school days, he used to play basketball and football.

Later, he committed to play for the University of Notre Dame play the college football.

What is the Net worth of Chase Claypool? (Contract and Salary)

As per sources, the estimated net worth of Chase Claypool is estimated to be $3 million. But the athlete has never confirmed his earnings and paycheck. His main source of income is from playing professional football in NFL. 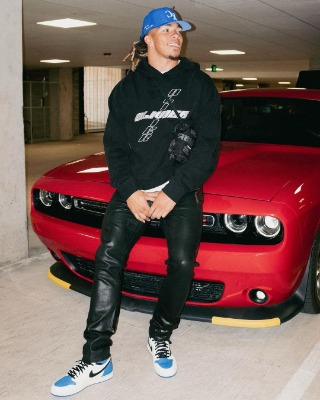 The Canadian wide receiver lives a lavish lifestyle in America and often shares photos of his life and luxuries on his Instagram.

Who is Chase's Girlfriend?

According to sources, there is a rumor that Chase Claypool is in a committed relationship with Kennedy Minko. But it is not sure whether they are currently dating or not.

But it is sure that they were dating in 2019 as he used to share photos with his girlfriend Minko. The couple even celebrated their anniversary in February of 2019. 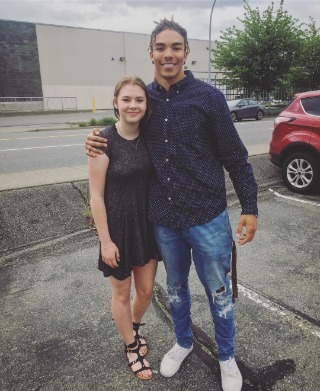 However, the pairs have never talked about each other on their social media recently.

Claypool's possible girlfriend Kennedy is from Indiana and also used to play softball during her high school days at Valparaiso High School.