Gossip Becky Hammon: Know About Her Husband and Children

Becky Hammon: Know About Her Husband and Children

Becky Hammon is a mother of two kids but isn't married to a husband. And the rumors and news about her sexual orientation remain a hot topic. Throughout her career, Hammon kept her relationship away from the media. Likewise, Becky's connection with any names romantically remains debatable. Well, to put an end to this discourse, Becky likes women and is of the LGBTQ+ community. And the basketball coach and her wife, in everything but paper, live together with their adopted kids.

Becky Lynn Hammon was born and raised in Rapid City, South Dakota. And here, the talented basketball player/coach honed her skills over the early years of life. Becky became so good at basketball that she was called South Dakota Miss Basketball in her junior year. And people voted her the South Dakota Player of the Year in her senior high school days.

Becky Hammon and her partner live with two kids!

After years of hiding in the closet, Becky Hammon emerged as a lesbian. And currently, Hammon is in a relationship with a fellow basketball lover, Brenda Milano. Although Brenda and Becky started dating in the mid-2010s, the whens and hows remain unknown. But right now, Hammon and her girlfriend live together with two kids as their own. 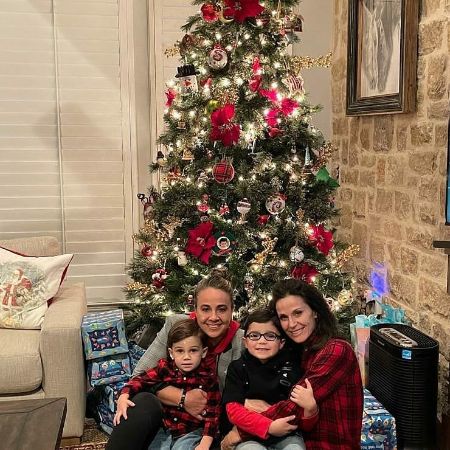 The start of Hammon's romance with her loving partner and essentially a wife, Brenda, started in 2015. Becky's relationship with Milano remained under the radar during the beginning. So, the ex-WNBA player's fans stayed oblivious about her love life.

Despiting coming out of the blue, Becky's loved ones accepted her choice. Hammon wasn't shy about the spotlight. However, the head coach of Las Vegas Aces keeps her love life away from the limelight. At the same time, she also posts pictures of her family during the holidays on her Instagram.

Children of Hammon and Milano

Although Becky Hammon likes her family away from the limelight, Brenda Milano mostly shares about her family. And so, on April 12th, 2016, Milano posted a picture with her first adopted son. And a few years after, Hammon and her partner adopted another child. 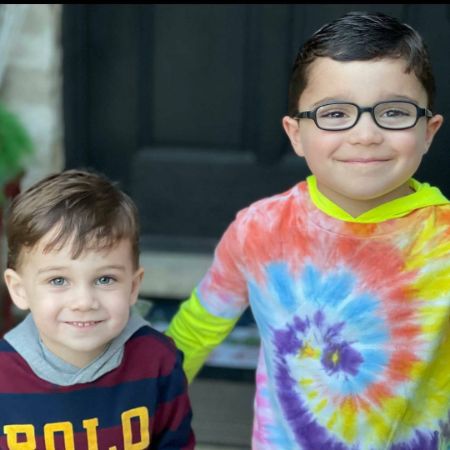 Becky and her life partner, Brenda, named their kids Cayden and Samuel. Similarly, much about these two kids stay hidden from the world. Besides their names, the public can find nothing more about Cayden and Samuel in the interwebs.

Becky Hammon was more focused on Basketball than romance!

Romance sprinkled here, and there can bring joy to a person's life. But Becky Hammon found joy in the sports she loved. And throughout her career as a basketball player, Hammon stayed away from relationships.

Like many athletes in their early years, Becky's drive kept her from finding a meaningful connection. And so, in her days in WNBA and as a Russian national basketball team member, Hammon appeared to be single. 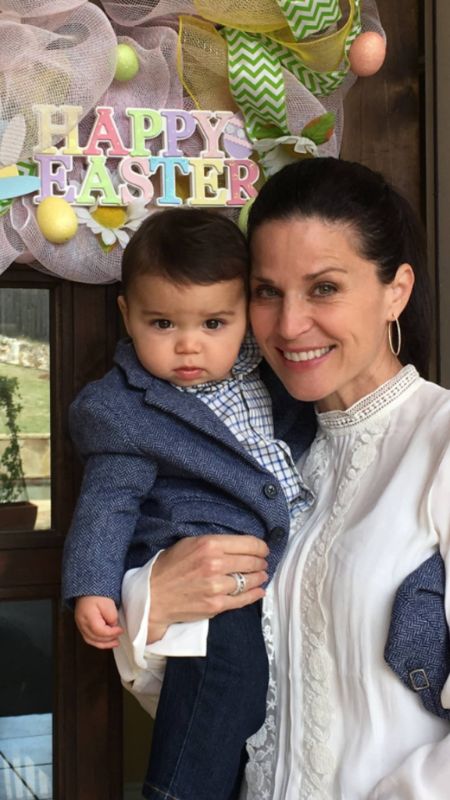 After giving everything Becky had in her journey as an athlete, she aimed to be a coach and inspire others. Hammon appeared to be single during this time as well. But by the time she was inducted into the Ring of Honor on August 2nd, 2015, the Las Vegas Aces head coach found the love of her life, Brenda Milano.

Becky became the first woman to coach an NBA team.

One of the many things that Becky Hammon gained over the years is her success. Yes, she later found a family to call her own, but Hammon is also known as the first woman to coach an NBA team in history. Becky made history on July 3rd, 2015, when she became the first-ever female head coach San Antonio Spurs summer team. 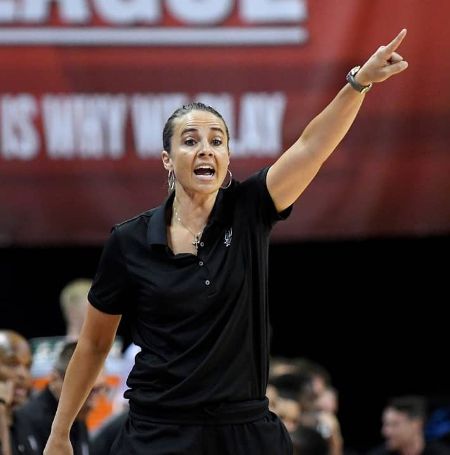 Becky Hammon at the court as a coach. SOURCE: [email protected]

Since 2015, Becky's been breaking records and making history one after the other. After taking the Spurs to victory in Las Vegas Summer League, Hammon became a part of the 2016 NBA All-Star Game. And here, too, she was the first woman to be a part of the All-Star coaching staff.

2020 was a horrible season for San Antonio Spurs. And the head coach at the time, Gregg Popovich, lost his job after the Spurs lost to Los Angeles Lakers 121-107 on the board. After Popovich left the team, Becky held to team together as an acting coach. And at that moment, Hammon was the first woman to head coach the primary NBA team in history, be it as an acting one.