The professional American football player Jamaal Williams is the running back for the National Football league (NFL) team Detroit Lions. The American nationality is a 2017 NFL Drafted player. Green Bay Packers drafted him in the fourth round. Indeed he was the 134 pick for the team.

Former Green Bay Packers running back Jamaal Williams is the Rialto, California boy born on April 3, 1995. His full name is Jamaal Malik Williams. He is 27 years old, and his sun sign is Aries. Moreover, he is known to be a huge anime fan. He studied at Summit Highschool. For further studies, he attended Brigham Young University, where he played college football with its team.

Net Worth And Average Annual Salary 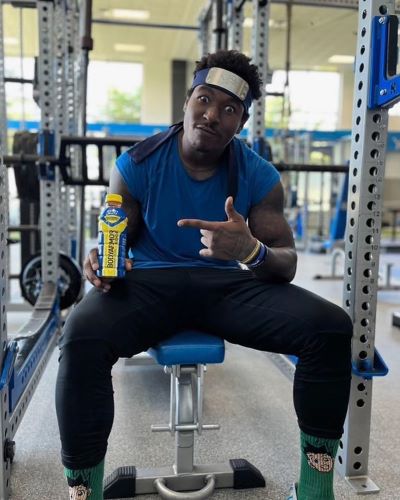 Apart from his profession, Jamaal also makes extra funds from his sponsorship and commercial ads. Microban 24 and Drink Body Armour are some of the sponsors that pay him handsomely for advertising their products. If he carries on his career like this, he will make astronomical wealth in his upcoming season. Also, his teammate Halapoulivaati Vaitai is among the highest-earning players at Detroit Lions.

Everything O His Family And Siblings

Apart from being a professional footballer, Jamaal Williams is a caring and loving son of his parents, Willy Williams and Nicolle Willimas. More, both of them are of American origin. He is a family man who loves spending time with his parents. Moreover, he appears to be the only child in his family, all Christians by religion.

Is He Raising His Daughter Single-Handedly?

To your knowledge, Jamaal is the father of his daughter. Regardless, her name is still not unknown. He is very affectionate and protective toward his daughter. The professional takes her with him wherever we go. We can see their lovely photographs under his Instagram handle @goodeatz_jman. 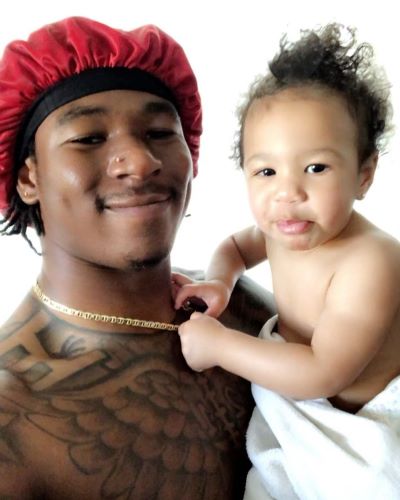 The 6 feet tall American footballer is very suspenseful whenever he is asked about his relationship matters. It is also his most asked query by his fans. Besides his daughter, he has never revealed about his child's mother, so it remains a mystery. Therefore, we assume he is currently single due to a lack of evidence.

Jamaal Malik William, aka Jamaal Willimas, is among the most explored NFL players. He has a solid fan base on his social media domain. Except for various media platforms, Jamaal is more active on Instagram. He has verified his Instagram account @goodeatz_jman feature with a blue tick. Under that account, he has 265k followers.

Jamaal Williams, the running back for Detroit Lions, has a height of 6 feet or 1.83m and weighs over 102kg or 224 Lbs. In addition, he is of a black ethnic community. Thus, he has a dark skin complexion and a vast muscular built physique.