Roger Stokoe Goodell is an American sports executive who is serving as the commissioner of the National Football League since 2006. Also a businessman, Goodell extended his tenure as the NFL commissioner in 2019. He is also regarded as "the most powerful man in sports."

As of 2021, Goodell's net worth is reported around $175 million with an annual salary of $50 million. In 2017, the Jamestown native signed a five-year contract that would keep him NFL commissioner until 2023. Espn reports, the contract would be worth $200 million over the life of the contract.

He has been an important factor in the NFL's expansion and success since he was appointed the franchise's commission in 2006. Before his arrival, the average NFL sub-leagues were worth less than $900 million and had profits of $31 million.

Who Is Roger Goodell Married To? Wife & Children

Goodell is a husband to Jane Skinner and the pair share twin daughters born in 2001. They married in 1997 after reportedly dating for four years. 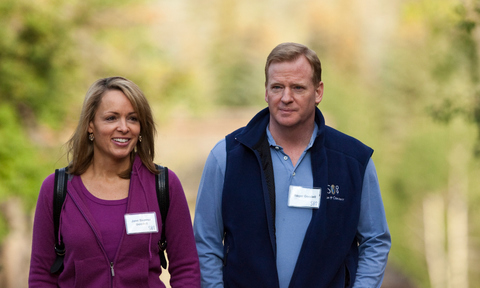 In October 2017, Skinner made headlines when she admitted to creating an anonymous Twitter account to defend her husband in the midst of the NFL players protesting the national anthem. She later confessed that it was silly and done out of love for her better half who was then receiving wide criticism for how he was handling the situation.

When Skinner left the job in 2010, she cited her family, especially her daughters as the main reason. She explained one had to take care of her daughters as her husband was a lot busier than she.

Also, Read Who Made It Through The 2021 NFL Draft

Roger's wife is a former daytime news anchor who worked for Fox News (12 years), co-hosting Happening Now with Jon Scott from 11 am to 1 pm ET. Prior to this, she was a political correspondent for the KBJR television station in Minnesota.

The NFL's commissioner and his wife reside in Westchester, New York, nearby where Goodell grew up in Bronxville. Roger's father-in-law, Sam Skinner, was the Secretary of Transportation and White House Chief of Staff under President George H.W. Bush.

After graduating from Washington and Jefferson College, Pennsylvania in 1981 with an economics degree, Goodell became an administrative intern at the NFL's New York City headquarters. He interned for the New York Jets franchise briefly after which he returned (1984) to the NFL as an assistant in the league's public relations office. In 2001, he became the corporation's executive vice president and chief operating officer and then-commissioner Paul Tagliabue's right-hand man. 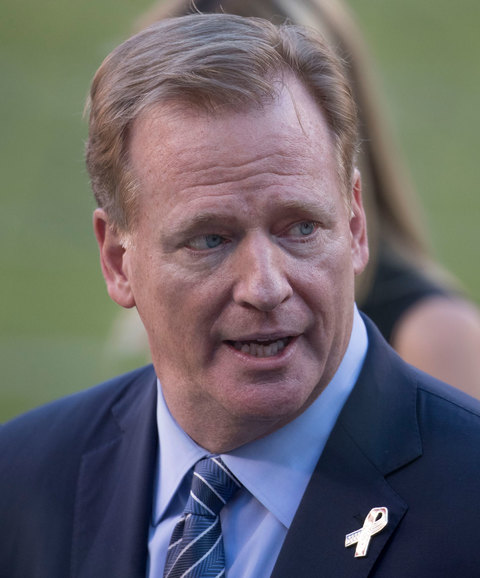 Following Tagliabue's retirement, Goodell assumed the NFL commissionership in 2006. In 2007, whilst being his new position, he implemented a conduct policy that guaranteed disciplinary action to be taken against the illegal on and off-field conduct of the NFL players. Some of the players who were disciplined in this policy were James Harrison, Dunta Robinson, and Brandon Meriweather.

He was an important factor in an indefinite suspension of Baltimore Ravens' Ray Rice after he was charged with assaulting his girlfriend in 2014. He also suspended Tom Brady for not being cooperative in the league's investigation of Deflategate, an incident where the quarterback and his then team, New England Patriots were accused of partially deflecting the match balls.

Since his tenure started in 2006, he has overseen a far more high-profile diagnosis related to concussion-induced brain damage in football players. He also instituted a number of rule changes in order to lessen on-field concussions in NFL play. Goodell handed down some of the harshest penalties in NFL history after the investigation of the New Orleans Saints bounty scandal which involved a deliberate knocking opposing players out of the games by several Saints defensive players.