The resident of South West London, Jacquie Beltrao reportedly earns an estimated annual salary of around $150,000 from the network, and as of 2019, she reportedly has an estimated net worth of over six digit figure. She is currently married to her husband Eduardo Beltrao and has three children with him.

Jacquie Beltrao was born on 21 April 1965 in Dublin, Ireland. She holds an Irish nationality and belongs to the White ethnic group. Further, the details about her early life, parents, and siblings are still not disclosed.

Talking about her educational background, she studied sports science at Birmingham University. Prior to her broadcasting career, she was a professional rhythmic Gymnast.

Jacquie Beltrao Net worth and Salary

The Irish sportscaster/anchor Jacquie Beltrao has an estimated net worth of six digit figure. As of 2019, the reporter receives an annual salary of $150,000 from her successful reporting career with Sky News which is quite similar to the NFL network's Charley Casserly.

Further, she has been into the field of sports journalism for 27 years. So with all the experiences and skills, she has established herself as one of the popular sportscasters.

Further, she lives in South West London together with her husband and three children. The family also owns a vacation home in Brazil, Rio de Janeiro.

She joined Sky News in 1992 and worked as a publicist before becoming a sports journalist and presenter. Now she presents updates on weekdays ( Monday to Thursday) during Sunrise and for the first hour of the following programme.

Prior to her broadcasting career,  at the 1984 Los Angeles Olympic Games, she represented Great Britain in rhythmic gymnastics and ranked 31st in the All- Around.

Further, She is also passionate about tennis and has produced numerous news reports on sport for Sky News and Sky Sports News.

Exploring her personal life, she is a married woman. She is married to her husband Eduardo Beltrao. Further, the couple is blessed with 3 children; a son, and two daughters. 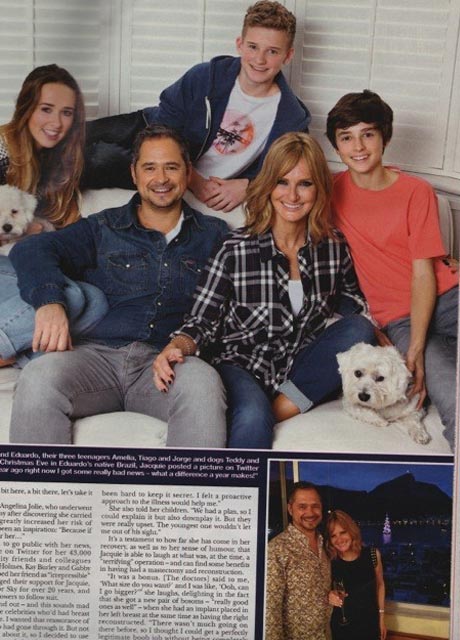 She lives in South West London together with her husband and three children. The family also owns a vacation home in Brazil, Rio de Janeiro.

The family had two rescue dogs after she appeared on Sky News representing Dogs Trust. Further, the spouse is living a happy life with no rumors of divorce or separation. Additionally, there aren't any rumors about her past relationship, affair, and boyfriend.

Beltrao revealed on 31 December 2013 that she was diagnosed with breast cancer.