Curt Gowdy Media Award winner, Jackie MacMullan is an American freelance newspaper sportswriter and NBA columnist for the sports website ESPN.com. She is a former Division I basketball player for the Wildcats. MacMullan has published several books in collaboration with some basketball players.

In February 2019 MacMullan won the PEN/ESPN Lifetime Achievement Award for Literary Sports Writing. Jackie MacMullan is married to her husband Michael Boyle and has two children with him.

Jackie MacMullan Net Worth & Salary In 2020

MacMullan is the highly demanded sportswriter and columnist for the media world. With her true dedication and devotion, she has earned a huge amount of wealth from her professional career. As of 2020, her net worth is approximately $0.3 million.

MacMullan is a married woman. She tied a knot with her boyfriend Michael Boyle, who currently works as a Technological executive for New York Life. She has not mentioned the romantic parts of her personal life, how she met Boyle, their first date, and the marriage celebration, are still a mystery for her fans. 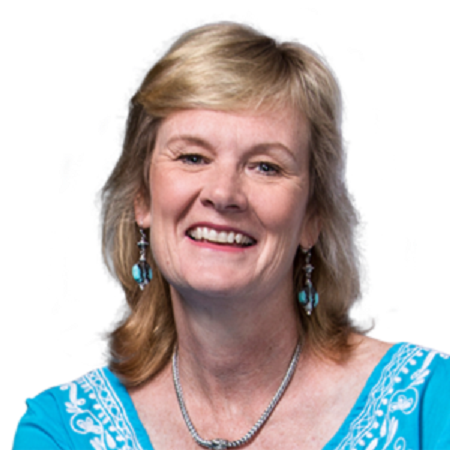 Together they have a son and a daughter named Douglas and Alyson respectively. She is proud of her daughter, who is a basketball player. She is not only accountable for her job but also a responsible mother and a loving wife.

Normally people in the media world were surrounded by several gossips and rumors regarding their affair and relationship. However, she maintained a clean image. In addition, there is no rumor about her previous affair.

On May 4, 2013, in an article for ESPN, MacMullan took a controversial stand against the members of Boston media when she advised that the Boston Celtics should pull out the team captain Paul Pierce.

Jackie MacMullan was born as Jackie “Mac” MacMullan on October 7, 1960, in Manhasset, New York, United States. This versatile columnist holds an American nationality, and her ethnicity is white. Born in the early of October, her zodiac sign is Libra.

MacMullan started her career of basketball when she joined Westwood High School. Upon high school graduation, MacMullan attended the University of New Hampshire, where she played basketball for the Wildcats

MacMullan started her writing career working with the Boston Globe in 1982. From 1995 to 2000, she made coverage of the NBA as a senior writer for Sports Illustrated. She successfully worked as a correspondent for several cable television networks including CNSSI, ESPN, and NESN, as well as for WHDH-TV in Boston.

She appears as a regular panelist on the ESPN program Around the Horn. Moreover, she also co-hosted the episodes of the network’s Pardon the Interruption. In 1999, she collaborated with Larry Bird on his autobiography, and released a book named Bird Watching: On Playing and Coaching the Game I Love.

Later in 2006, she released Geno: In Pursuit of Perfection with Geno Auriemma. In 2011 MacMullan teamed up with NBA superstar Shaquille O’Neal to write his autobiography entitled Shaq Uncut: My Story.