Jack Sock is a professional tennis player from America, currently ranked 129th as of 2022. His career-high ranking was in November 2017, when he was ranked World's No.8 tennis player. Jack is also a two-time Olympic gold medalist who won in 2016 in Mixed Doubles. He has won four career ATP single and 15 doubles titles.

The Grand Slam Champ Jack is primarily an aggressive baseliner with both defensive and offensive abilities. He has a strong service game, recorded to hit 227km/hr. In 2018, Jack won the ATP Finals in Men's doubles partnering with Mike Bryan. Though he is currently out of form, he is considered one of the best tennis players.

Who is Jack? How did he start playing Tennis?

Jack Sock was born on September 24, 1992, in Lincoln, Nebraska, U.S. His father, Larry, a financial advisor, and mother, Pamela Sock, were also fans of Tennis. So, Jack started playing Tennis at the early age of 8 when he found his mother's racquet. 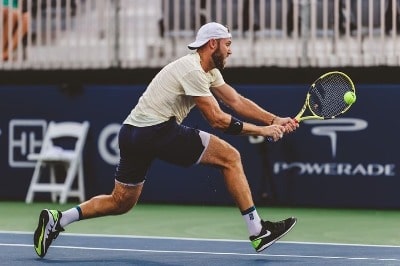 Nicknamed "J. Sizzle," he moved from Nebraska to Kansas at 12 with his older brother, Eric Sock, and his mother and started training at Mike Wolf Tennis Academy. He attended Blue Valley North High School and graduated with a high school tennis career with an 80-0 record.

Net worth, Career Earnings, and Prizes money of Jack Sock

The 2016 Olympic Men's Doubles gold medalist has had a mercurial career over his life. From having to rank as the World's No. 8, lately, his job has not been his best. Because of his success in his early career, he earned an enormous amount of money just from playing Tennis. 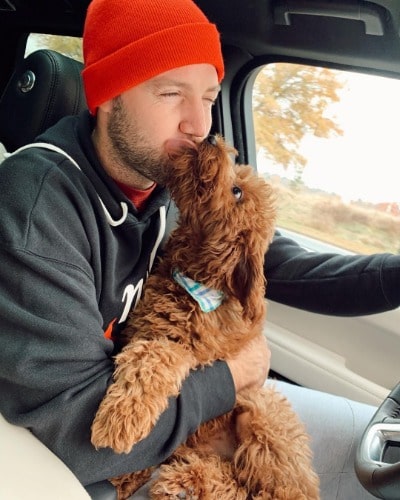 As of 2022, Jack Sock's net worth is estimated to be $10 million approximately. His main source of income is from playing Tennis and endorsement deals with various brands. As of USOpen, Jack has earned more than $11 million just as prize money. As per Forbes, he has had an endorsement deal with American Sports drinks brand BodyArmor for a long time. Nike signed the American tennis player Jack in 2016. Additionally, he also has a racquet sponsorship contract with Babolat.

The 2011 U.S. Open mixed doubles champion has been married to his girlfriend, Laura Little, for over a year. The two-time Olympic gold medalist walked down his aisle with his wife on December 12, 2021, on Kiawah Island, South Carolina, despite the pandemic. According to sources, Jack was the one to propose to Laura in New York in 2020 and later got engaged.

Jack Sock's wife, Laura Little, has been a model and former professional cheerleader for more than 12 years. She won the 2019 Miss North Carolina. According to her Insta bio, she owns The Little Sisters Boutique and her sister Courtney. Read about: Is Bauke Mollema Married? Know His Wife & Children

Sources claim that Jack has had more than two previous relationships before Laura. From 2013 to 2016, he dated Sloane Stephens and used to post a lot of pictures together. After a breakup with Sloane, Sock started dating Michaela Burns. There are rumors that he also has a low-key relationship with British tennis player Katie Boulter.

He has an active Instagram account with more than 266,000 followers, where he frequently posts about his personal life and life at Tennis.

In 2015, Jack took some time to recover from his hip surgery and made the year with his first ATP singles title at the 2015 U.S. Men's Clay Court Championships. In 2016, Sock earned a bronze medal at the Olympics and became the top-ranked American for the first time in his career. In 2017, Sock peaked in his career, winning the Master's title. The following year, The player won the Wimbledon, US Open, and several other titles since He was having a decent time in his career.