Vasek Pospisil is a Canadian professional tennis player who turned professional in 2007. He achieved singles career-high No. 25 in 2014 and played in the 1st All-Canadian final of the Open Era at Washington. Pospisil and his partner Jack Sock won the Wimbledon Championships in 2014 and the 2015 Indian Wells Masters men's doubles championships.

The Vernon native captured the 2014 Wimbledon doubles title in his team debut w/Sock, then advanced 6 ATP Masters 1000 doubles finals w/Sock and peaked at doubles No. 4 in 2015. Besides, Pospisil ended 2020 by reaching the 3rd ATP Tour singles final at Sofia. She ended 2019 by going 3-1 in singles and 2-1 in doubles to direct Canada to its 1st Davis Cup final.

Does Pospisil Have a Girlfriend or Wife? Love Life Explored

Pospisil's social media posts do show him having an affair with anyone. So, we can be clear that he is single and does not have a girlfriend. The professional tennis player focuses entirely on his career rather than searching for a partner. Like many tennis players, Pospisil has kept his love matters away from the press due to their privacy concerns. Despite maintaining high privacy in his life, some online portals say that he had some affairs in the past.

Pospisil was reportedly in a romantic relationship with a lady named Holly Roe. It is unknown when they began dating and parted away. Getty Image also posted a photo in 2018 of Holly attending the 2018 tennis US Open at Arthur Ashe stadium at the USTA Billie Jean King National Tennis Center. She was there to cheer Vasek.

Apart from that, Pospisil was also reportedly dating an Instagram model named Lauren Elizah. As the tennis player has not opened his mouth regarding his relationship with Lauren, we cannot give further information about their love life.

Pospisil Enjoys a Net Worth in Millions: Details on His Prize Money and Career Earnings

Pospisil has been a professional tennis player since 2007 and has participated in and won major tournaments. Due to his career wins, Pospisil has taken home an impressive fortune. Considering his career earnings, it is believed that Pospisil is estimated to have a solid net worth of over $3 million.

At the time of this post, Pospisil has preserved total prize money of $6,964,294 (Singles & Doubles Combined). In the year he turned professional, Pospisil bagged a total of $2,531, and the amount increased to $8,098. Gradually, Pospisil began participating in other tournaments, increasing his prize money. 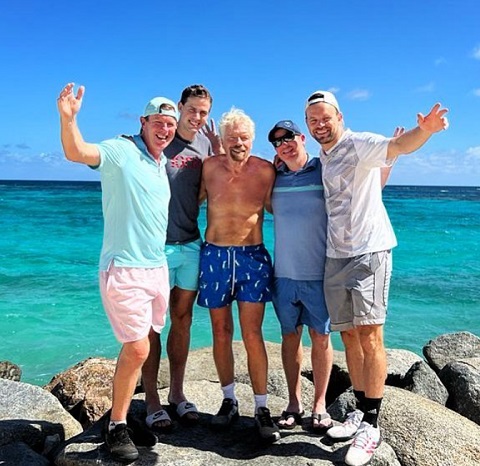 Vasek Pospisil is on a trip with his close ones.  SOURCE: Instagram @vasek.pospisil

Furthermore, Pospisil's 2022 season went pretty well, as he played in many big games, including the Davis Cup. During that season, he took home $187,268. Vasek began his 2023 season by winning $6,050. In the Adelaide International 2 held on January 2023, he played against Soonwoo Kwon.

Vasek has a clothing sponsorship contract with Original Penguin, which he signed in 2022. Before signing a deal with Penguin, he was working with Asics. Once, he also had a deal with Ionik. Besides, Vasek has a racquet deal with Wilson and uses the Wilson Blade 98 v7 racquet.

In addition to that, Pospisil has also worked with other brands, which he often promotes via his social media handles. He has a mobile phone from Huawei, a Chinese technology company based in Shenzhen, China. Once Pospisil showed his phone. 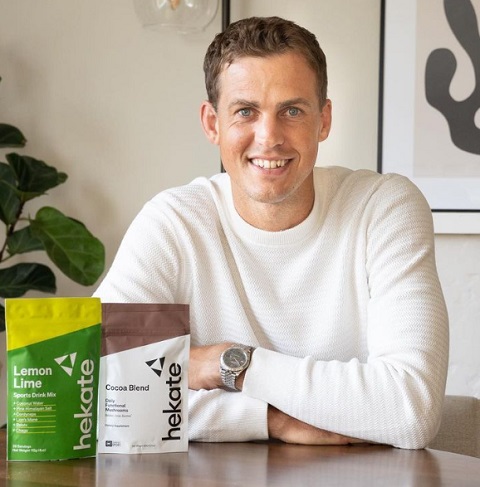 In the same way, the professional player has collaborated with KITS, an online eyewear brand that offers eyeglasses, sunglasses, and contact lenses. According to his Instagram bio, Pospisil is the founder of Hekate, a company that mainly sells products made from mushrooms. They have worked with many big athletes. Similarly, Pospisil is associated with other companies such as Sesh Products, Parkway Venture Capital, and Sakebomb.

Having worked with all these brands, there is no shadow of a doubt that Pospisil is making a good amount of money and his wealth is pretty impressive.

Pospisil was interested in playing tennis from an early age. Following his dream of becoming a professional tennis player, Pospisil began playing tennis at 5. While growing up, he took Patrick Rafter and Roger Federer as his idols. So, Pospisil played his first tournament at age 6, competing at the under-12 level.

Gradually, Pospisil began participating in other tournaments. In 2003, he played at the Ellensburg (WA) Open. At the age of 7, Pospisil won his first 12-and-under tournament. In March 2007, Vasek won his first professional tour tournament singles match after defeating Christian Paiz at the Canada F1 Futures event. 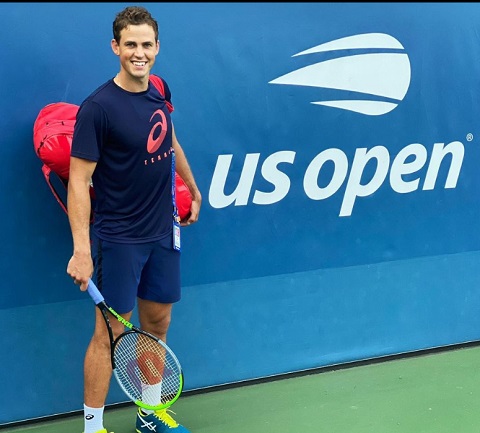 Vasek Pospisil in the 2020 US Open.  SOURCE: Instagram @vasek.pospisil

Apart from that, Pospisil is a Canadian player representing the nation in Davis Cup. At the 2022 Davis Cup, he gave his nation its first-ever Davis Cup Finals title. In that tournament, Pospisil teamed up with Felix Auger-Aliassime and Denis Shapovalov.

Everything About Pospisil's Parents and Siblings

Vasek Pospisil was born on June 23, 1990, to his parents, Milos Pospisil (father) and Mila Pospisil (mother). His parents raised him in Vernon, British Columbia. Before he was born, Pospisil's parents and older brothers Tom and Petr unlawfully drove from Czechoslovakia to Austria to escape the Communist regime.

Before that, Vasek's father was a dairy factory plant manager, while his mother, Mila, taught in a kindergarten. Both of his parents had experience playing recreational sports like tennis with their sons and in local tournaments. The Pospisil family lived in northeastern Austria and saved up to move to Canada despite working long hours for low pay. 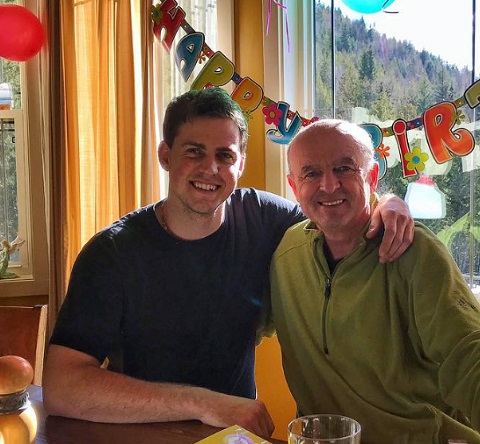 Finally, in the summer of 1989, they moved to Vernon, British Columbia. Upon their arrival, they had problems understanding English. Milos worked two jobs. After having three kids, he started taking more interest in the game of tennis.

Pospisil is an active social media user who has been using Twitter since May 2011. His username is @vasekpospisil, and he has accumulated more than 78k followers.

Besides that, we can find Vasek active on Instagram as @vasek.pospisil. On Ig, he has gained over 92k followers.