Jack Armstrong is a sportscaster working primarily on TSN and NBA TV, covering the Toronto Raptors of NBA. Armstrong is also TSN's college basketball analyst. Further, he was the head basketball coach at Niagara University from 1989 to 1998.

Jack Armstrong reportedly earns around $150,000, as his yearly salary from the network, and as of 2021, he has an estimated net worth of over $2 million. He is currently married to his wife Dena Armstrong and shares 3 adopted children with her.

Jack Armstrong Net worth & Salary As Of 2021

The American sportscaster/anchor Jack Armstrong has an estimated net worth of $2 million. As of 2021, the reporter receives an annual salary of $150,000 from his successful reporting career with TSN.

Also, working for NBA TV Canada, Armstrong makes around $100,000 per annum from the network.

Jack worked in the field of sports broadcasting for long. With all the skills and experiences, he has collected whopping net worth from the entire earnings from his career. So with all the references and assumptions, we concluded that he is living a happy life with his family.

Jack is married to wife Dena Armstrong. The couple met each other for the first time at Niagara University where Jack was a basketball coach and Dena the women's soccer coach. The couple tied the knot in the university chapel in 1993. 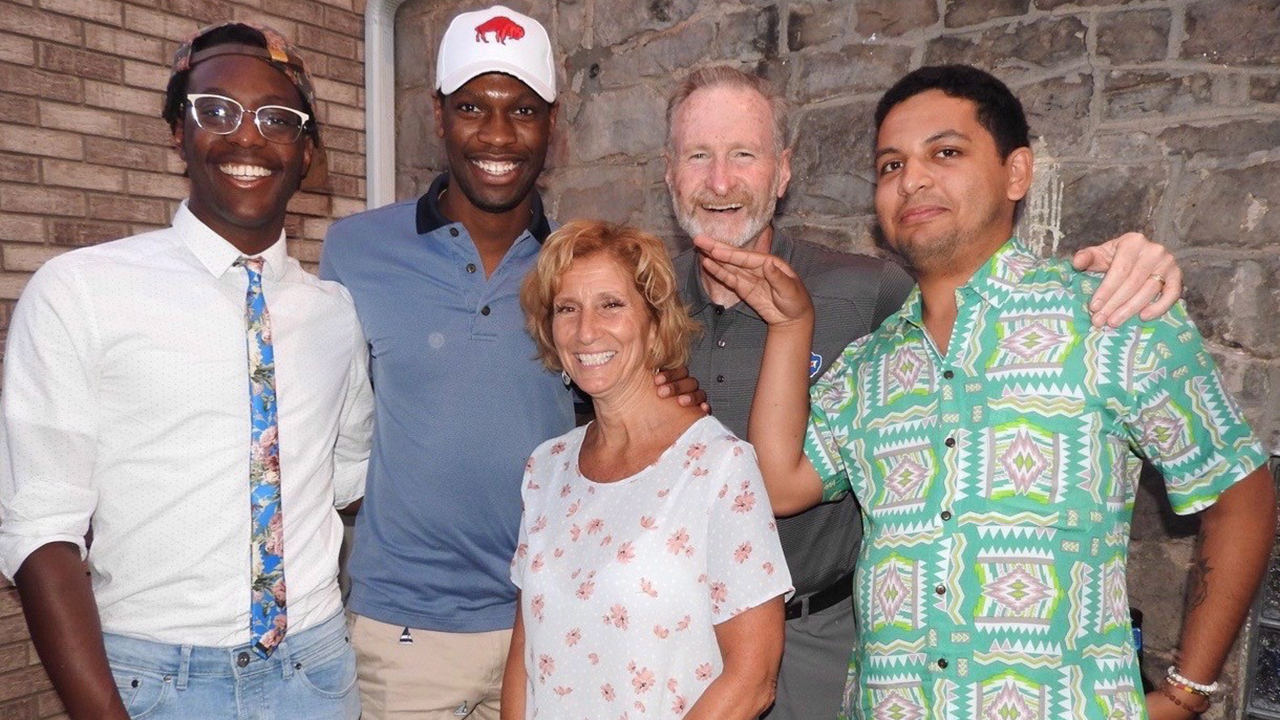 Jack Armstrong with his wife and adopted sns SOURCE: Sportsnet

In one of the Canadian newspapers, their eldest son Kevin described his parents as the coolest parents. He said that he already won the lottery twice in his life- the first was being adopted and the second was being raised by Jack and Dena Armstrong.

"Definitely the coolest parents. It was a great situation to grow up in, and I wouldn’t change it for anything. They’re amazing."

Currently, the duo is living a happy life with no rumors of divorce or separation. In addition, he seems to be a family guy, as there aren't any reports about his past affairs and girlfriends in the media yet.

Jack Armstrong was born on January 3, 1963, in Brooklyn, New York, the United States. He holds an American nationality and belongs to a White ethnic group.

Further, the details about his parents, siblings and early childhood are not surfaced in the media yet. Talking about his education background, he is a graduate from Fordham University in 1985 with a Masters in Communication.

On Thursday, 31 July 2008, it was announced that Jack Armstrong would take over the Chuck Swirsky Show on 18 August 2008, together with Doug MacLean on Toronto, Ontario AM radio station, The Fan 590.

The name of the show was changed later to The Game Plan. Doug MacLean left the show in 2009 and was substituted by Eric Smith. He is currently an NBA analyst for TSN and a Toronto Raptors NBA on-air broadcaster. Since 2000 he has been a part of the broadcast team.

Further, he is working along with TSN's Kate Beirness, and Rod Black Look at Alumni and Players to Watch in 2019.