Jabaal Sheard is a professional football player who plays in the National Football league(NFL) for the Indianapolis Colts in the position of the defensive end. Sheard played for some other NFL teams including Cleveland Browns and New England patriots. Browns selected Sheard in the 2011 NFL Draft in the second round.

Jabaal Sheard, who won Super Bowl LI with New England Patriots, earns $8,500,000 annually as his salary. But how much net worth and salary does he have in 2019?

Jabaal Sheard Net worth in 2019; How much is his Salary?

Jabaal Sheard began his career in 2011, and so far his total net worth is estimated to be more than $25 million. In addition to his net worth, his annual salary is reported to be $8.5 million.

Sheard has earned more than $40 million from his NFL career until 2019.

Is Jabaal Sheard Single or has a Girlfriend? His Personal Life

Jabbal Sheard is a renowned name in the NFL as he has gained popularity due to his friendly behavior and his dashing look. Well, Jabaal has a lot of fans, and his supporters are curious to know about his girlfriend and personal life.

Jabaal is currently single as per the sources and there are no such hints which claim that he is now dating anyone.

Previously, Jabaal dated his gorgeous girlfriend Diosmary Stephany Ozuna for along time. He separated from his girlfriend just two years before, in around 2017. Moreover, he shares a son named Jayden Angel Sheard with his ex-girlfriend. 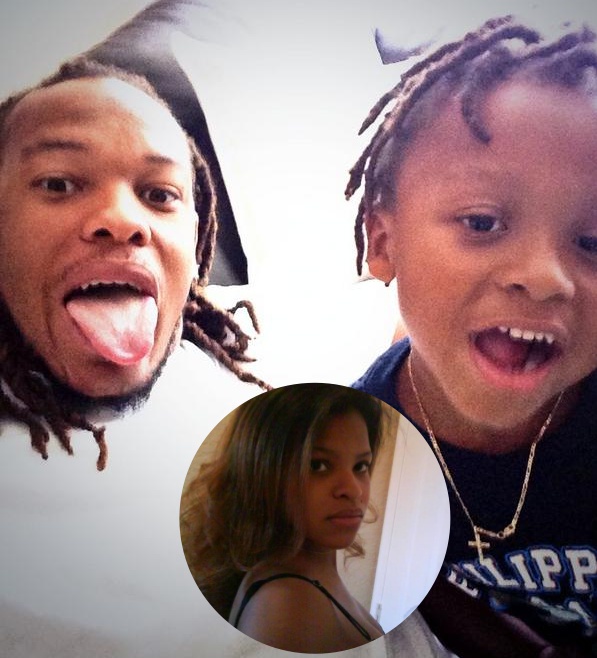 Jabaal Sheard and his ex-girlfriend Diosmary Stephany Ozuna with their son SOURCE: fabwags

After their separation, his girlfriend filed in court to take the child's custody and later she got her son's custody, but Jabaal had to pay a sum of $243 per month for his son. The child support amount was for the health and other needs for their son. As far as his past relationship is concerned, there is not much available.

Who is Jabaal Sheard? His Bio, Parents, Childhood, and Early Life

Jabaal Sheard was born as Jabaal Lamar Sheard in Hollywood, Florida, on May 10, 1989, to mother, Evelyn Sheard. Sheard has an American nationality, and his ethnicity is mixed.

Jabaal Sheard is a professional football player who plays in the National Football league(NFL) for the Indianapolis Colts in the position of the defensive end. Sheard played for some other NFL teams including Cleveland Browns and New England patriots.

Browns selected Sheard in the 2011 NFL Draft in the second round. He was also in the Patriots squad when the team won the Super Bowl LI. He got the chance to play for Patriots after Chandler Jones was traded to Cardinals. Moreover, he sacked Brock Osweiler twice in a game against Texans.

Sheard started playing for the Colts after he was signed on March 10, 2017, and is currently playing alongside Luke Rhodes and Grover Stewart.