Isaiah Mobley is a rising American basketball player who is garnering a lot of attention after he recently declared his name for the upcoming 2021 NBA Draft. He currently plays college basketball for the USC Trojans men's basketball team in the Pac-12 Conference of the NCAA Division I.

Born in 1999, Isaiah Mobley celebrates his birthday on the 24th of September every year. He hails from the suburbs of San Diego, California. He is 21 years old and he goes by the birth name of Eric Isaiah Mobley.

His father, Eric Mobley, is a former professional NBA player who played as a center for the Milwaukee Bucks. His mother's name is Nicol Mobley. Apart from his parents, he has a younger brother named Evan Mobley. His younger brother is also a basketball player who has won Gold medals, representing the USA, at FIBA Under-19 World Cup and FIBA Under-17 World Cup, respectively.

Isaiah Mobley's basketball career initiated when he used to attend the California-based Rancho Christian School. With his team, he managed to achieve a great feat, one of which is the CIF Southern Section (CIF-SS) Division 5A title, the high school's first-ever title in any sports, that too in his freshman year. In that year, he averaged 16.2 points and 10.4 rebounds. 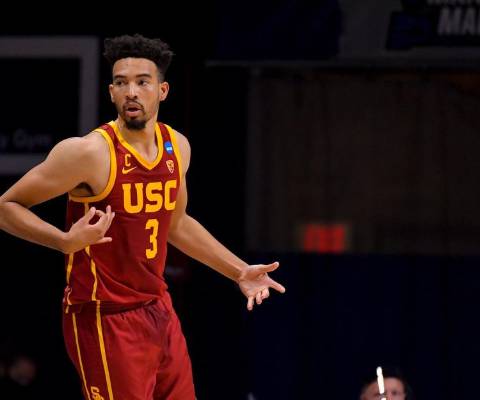 In his sophomore year, he joined hands with his team and helped the team reach the semifinals of the CIF-SS Division 2A tournament. In the junior year, the young talent averaged 19.9 points, 4 assists, and 11.3 rebounds per game, helping him in being named The Press-Enterprise player of the year. His performance didn't change in his senior year too, with him averaging 13.6 rebounds, 19.4 points, and 3.8 assists per game.

In the 2019-20 season, he played in 31 games and started in 8 of them. During that small amount of time that he played, he managed to average 6.2 points and 5.3 rebounds per game. Following a good college basketball season, on April 16, 2021, Isaiah declared his name for the 2021 NBA Draft, while maintaining his eligibility to play for Trojans if not drafted. The 2021 NBA Draft will take place on July 29, 2021.

The 21-year-old future NBA star has maintained a good lifestyle and has a good sense of dressing. If we looking into his social media handles, it can be noticed that he prefers to travel around and see unique places. Considering that, it must be sure that he has been well-paid. So, how much did he earned and how much is his net worth?

Unfortunately, Mobley's earnings and net worth figures are yet to be disclosed. Despite that, one thing is known that if he gets drafted in the 2021 NBA Draft, his net worth will increase heavily. As per sources, the average salary of a newly drafted NBA player is $898,310 and it can rise up to $1,678,854 considering the player's experience and stats.

The San Diego, California native college basketball player is single and does not have a girlfriend. The pictures on his social media handle clear his current relationship status very well. Those pictures are mostly of him playing basketball and roaming around different places. 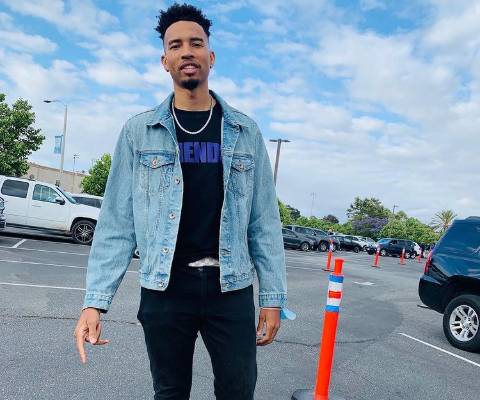 His current focus is only on the upcoming 2021 NBA Draft. For that, he is preparing himself very well, training hard, and is not letting anything distract him. This can also be proven by his no social media presence since April 29, 2021.