RaiQuan Gray is a rising college basketball player. He played in the Atlantic Coast Conference for the Florida State Seminoles. Gray plays as a Power Forward for his team. RaiQuan has listed his name for the 2021 NBA draft along with Isaiah Mobley and Jalen Wilson.

RaiQuan Gray was born on April 7, 1999, in Fort Lauderdale, Florida. He is among the three children born to Valerie Gray and her husband. Gray has not shared a word about his parents and his early life with the media. Gray has two siblings, a sister Raven Gray and a brother named Rasheed Gray. Gray graduated from Dillard High School and enrolled at Florida State University, majoring in social science. RaiQuan stands six feet and eight inches tall and weighs 118 kg.

RaiQuan started playing basketball at the age of nine. The multi-talented sports figure played numerous sports in his high school career. Gray played as a point guard in his High School career. He led Dillard to the Class 6A state title in his junior year and won the Class 7A state title in the senior year. After completing High School, RaiQuan received numerous offers from several universities and committed to play for the Florida State University.

After finishing his senior year, Gray listed his name for the 2021 NBA draft. Although He is not ranked in the highest order, several top franchises keep a close eye on him.

Who is RaiQuan Gray Dating? Know About His Girlfriend

RaiQuan is very much early in his career. He seems to be single as of early 2021. Gray spends most of the free time with his family and friends. He keeps himself busy training for the upcoming NBA draft. However, Gray could secretly be dating and waiting for the right time to open about his relationship status.

RaiQuan is about to start his professional career. He shall be making millions from his salary and his several other earning sources. The average salary of an NBA rookie player is more than $600,000. Also, NBA players make millions from their sponsorship, endorsement, and few other deals. 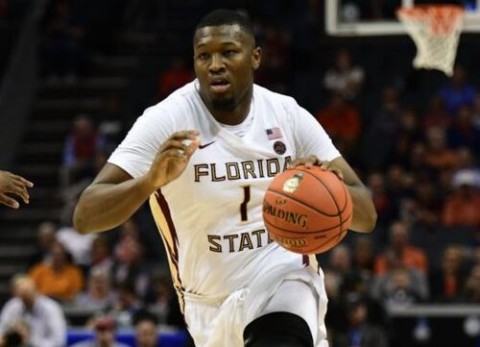 Gray did not earn a single penny while playing for the University Men's football team. As per the sources, Universities do pay their players but instead provide them with scholarships which helps the athletes to cover most of their university's expenses.