Livers was born on July 28, 1998, in Kalamazoo, Michigan. The power forward stands at 6 ft 7 inches and weighs 230 pounds. The son of Angela and Morris, Livers was recruited by the Michigan Wolverines in May 2016. In August 2017, Livers signed with Michigan and received a part of a three-scholarship player incoming class with Jordan Poole and Eli Brooks.

Livers delivered his career-best 13 points in Michigan's victory against Iowa in January 2018. For Michigan's no 2, it was the first of three consecutive double-digit efforts off the bench. Later that same month, on January 15, in Michigan's win over Maryland, Livers heaved an inbound pass from under the basket across midcourt with three seconds remaining.

Livers was once again in the inbounds passer from the defensive baseline with 3.6 seconds left in the 2018 NCAA Division I Men's Basketball Tournament second-round game against Houston in March 2018. 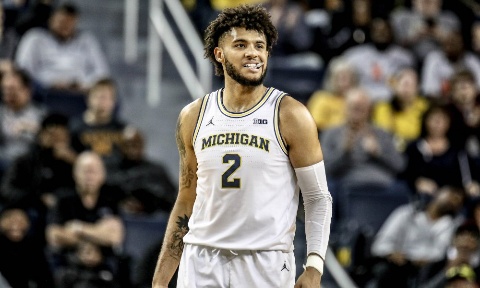 Isaiah Livers is the winner of Mr. Basketball of Michigan 2017. SOURCE: Wolverines Wire

The 6'7" athlete then posted a career-high 21 points in Michigan's win over Minnesota in the semifinals of the Big Ten Tournament on March 14, 2019.

The Kalamazoo native posted 18 points and ten rebounds, for his second career double-double in the Michigan game against Nebraska (82-58) in March 2020. He was named Honorable Mention All-Big Ten at the close of the regular season.

Livers was lined up in 21 games and averaged 12.9 points per game while shooting 40 percent from behind the arc. He missed only two free throws the entire season. 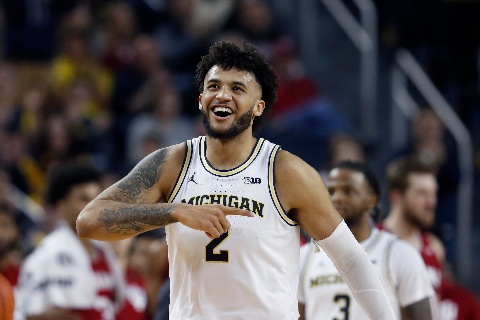 During his senior year, Livers scored 16 double-figure games with a team-high five 20+ point games and pulled down an average of 13.9 points per game.

For the second time in his career, Livers made a team-high 50 three-pointers, achieving 50+ in a season. He added a pair of a double-double, averaged 6.2 rebounds, a career-best, and 2.0 assists. After the season concluded, Livers was named second-team All-Big Ten.

Isaiah Livers' Net worth and Payroll

Mr. Basketball of Michigan 2017, Isaiah's details regarding his fortune might be a complicated concept to talk about.

NCCA doesn't give many choices to collegiate players in the matter of earning from the games. This despite the fact that college tournaments bring in billions of dollars annually. Sources report that athletes competing in the five big collegiate athletic conferences (the ACC, the Big 10, the Big 12, the PAC-12, and the SEC) receive hundreds of thousands of dollars to even millions.

This though depends on schools' competence to bring in the revenue, ticket sales, and broadcasting deals. Having said that, Livers' pay could be anything from tens to even thousands of dollars. The Big Ten rakes in between $700-$800 million revenue annually, to say nothing of how voguish is the tournament that Livers plays in.

Isaiah Livers is currently dating Hope Hale. Livers and his partner Hale have been together for six years which was confirmed by both the power forward and his girlfriend back in September 2020. 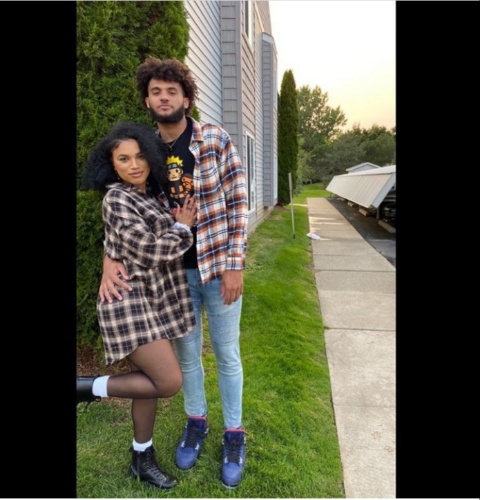 The couple through each of their own Instagram account wished the other a six-year anniversary. They have also been living together, Hope shared the big news through her Instagram stories a couple of months earlier.