Eli Brooks is a rising American college basketball player. He played in the Big Ten Conference for the Men's basketball team of the University of Michigan, Michigan Wolverines. Brooks currently plays in the position of  Point Guard. Eli is currently playing for his senior year at the Univesity and could be listing his name for the 2021 NBA draft.

Eli Brooks was born Eli James Brooks on October 14, 1998, in Sumter, South Carolina. He is the son of James Brooks and his wife, Kelly Brooks. His father worked as a basketball coach, and his mother worked at home looking after their children. Brooks graduated from Spring Grove Area and enrolled at the University of Michigan. Eli stands six feet and one inch tall and weighs 84 kg(185 lb).

Sumter Native Eli started training with his father from a very early age. In his sophomore year, he had a stellar record of averaging 20.1 points per game and led YAIAA guards in rebounding. He averaged 24.7 points, 7.6 rebounds, 3.8 steals, and 2.3 assists per game as a junior. Brooks led his team to its first state tournament appearance in school history. 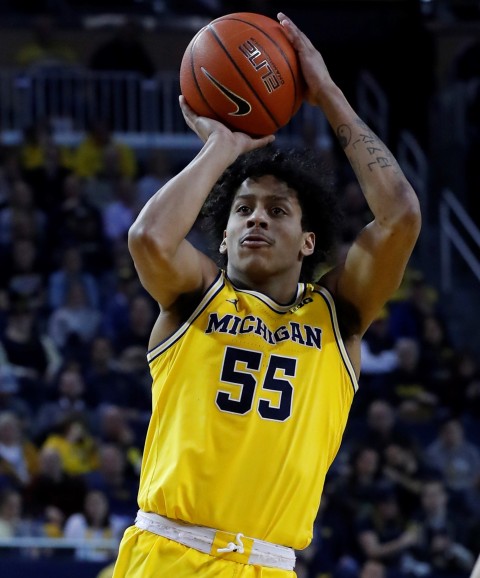 Eli is currently playing for the University of Michigan SOURCE: Zip News.

Brooks averaged 29.7 points, 12 rebounds, and four assists per game in the final year of High School. He led the Rockets to a 22–9 record, helping the team to a quarterfinal berth in the PIAA Class 5-A playoffs. The player finished his High School career with 2,426 points. Brooks was named to the Class 5-A First Team All-State and was a finalist for Pennsylvania Mr. Basketball. Eli received almost a dozen scholarships from Ohio, State, Temple, Kansas State, and a few more but chose to remain with Michigan.

Eli started twelve times with his university team in his freshman year, averaging 1.8 points, 1.1 rebounds, and one assist per game. He uplifted his games and averaged 2.5 points, 1.2 rebounds, and 1.1 assists per game in his Sophomore year. At the end of the season, Their head coach John Beilein left the team, and Eli even thought of transferring but did not.

In his junior year, Brooks averaged 10.6 points, 3.7 rebounds, and two assists per game. He had a nose injury which left him out of the game for some weeks.  His teammate, Isaiah Livers, has listed his name for the upcoming 2021 NBA draft.

Eli is living a happy single life as of early 2021. He is very much early in his career and seems to be focused on his career rather than on people. Brooks is very close to his family and spends most of his free time with his family and friends. He loves playing golf and keeps sharing photos of his games.