Isaiah Joe is a college basketball player for the Arkansas Razorbacks of the Southeastern Conference (SEC) who declared for the 2020 NBA Draft following his sophomore. He played high school basketball for Northside High School.

Born on 2nd July 1999, Isaiah Joe is ranked lower by ESPN than most outlets, projecting him as a late second-round selection. CBS Sports ranked him the No. 41 overall pick, cementing his status as a draftee.

No. 1 – Arkansas Razorbacks shooting guard, Joe is yet to turn professional. Hence, he is yet to make money from what he currently engaged in i,e. basketball. Forgoing his two years at the University of Arkansas, he declared for the 2020 NBA draft.

Joe is ranked No.41 overall pick by the CBS Sports behind Zeke Nnaji, Grant Riller & Paul Reed. A matter of fact, media has only published the payroll up to 30th pick. However, we can assume 41st pick salary/contract from the previous 41st pick. The 2019 NBA 31st pick, Eric Paschall signed a 3 year / $4,198,912 contract with the Golden State Warriors, including $4,198,912 guaranteed, and an annual average salary of $1,399,637. If Joe goes draft with 41st pick, he will have the quite same salary. 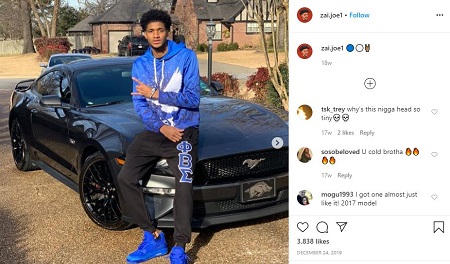 Scrolling through Joe's Instagram, he has a pretty lavish lifestyle. He owns a Ford Mustang starts at $26,670.

6 ft 5 in (1.96 m) tall shooting guard, Isaiah Joe has a huge fan base in his university. But now that's not limited to his college after he declared for the 2020 NBA draft, he has earned a worldwide fan. Thanks to the media.

Being at the peak, the public is focused on love life too. But Joe has managed to keep his personal life as secret as possible. Without any confirmation regarding his affair/girlfriend, he is believed to be single.

Isaiah Joe was born to parents: Derrick Joe and Nicole Joe. Further, he has two younger brothers, Jacob and Jon. In most of the interviews, Isaiah mentions his parents how he is thankful for their immense support towards his basketball career. 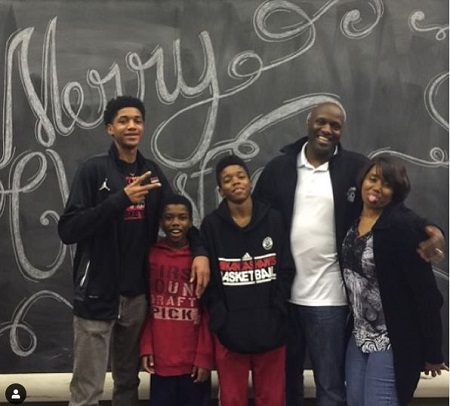 Isaiah Joe with his parents and siblings SOURCE: Instagram @zai.joe1

During his sophomore season at Northside High School, he shot 41% from three-point range and further committed to play college basketball at the University of Arkansas during the summer going into his junior season over offers from Arkansas-Little Rock and Alabama.