Gossip Is Rob Gronkowski Returning Back From His Second Retirement? Know About His NFL Stats and Career Stats

Is Rob Gronkowski Returning Back From His Second Retirement? Know About His NFL Stats and Career Stats

Tom Brady created a buzz when he chose Football over his family. Rob Gronkowski opted for the opposite. After retiring in 2019 initially, Gronkowski restarted his career in April 2020. And he was reunited with former New England Patriots teammate Tom under the Tampa Bay Buccaneers banner. And here, Rob stayed with the Buccaneers till he retired for a second time. But recent rumors about him returning to the Buccaneers ignited new buzz among the fans.

Rob Gronkowski "talked" to the Buccaneers about a potential return!

Rob Gronkowski teased the fans with a tantalizing tweet, "I'm kinda bored," a few days before Christmas. The official NFL account responded to the tweet, adding fuel to the fire. Many fans became excited about the plausible return of Gronkowski to the football field. On Labor Day, Rob Gronkowski posted a picture of him in the Buccaneers' uniform. SOURCE: [email protected]

Tampa Bay Times reported about Rob and Bucs' conversation about his return. A month earlier, news about Gronkowski's possible return to the sport surfaced. Which further led the fans into a frenzy.

Some fans loved the idea of Rob returning, and some trolled the player online. But later, head coach Todd Bowles clarified the rumors. Bowles told the Tampa Bay Times reporter Rick Stroud the "talk" about Gronkowski's return was nothing official. The head coach continued by saying it was small talk between two acquaintances.

Gronkowski later clarified his tweet on the Up & Adams show. The retired NFL star said he never expected it to go so viral, for lack of a better term. The four-time Super Bowl winner wasn't hinting at his return to the NFL. Rob later said his tweet was about his partnership with FanDuel.

Rob Gronkowski held the trending spot after his tween on December 22, 2022. Many fans and NFL teams thought he was teasing his return to his sport. However, the reality can often be disappointing; Rob tweeted about his partnership with FanDuel. 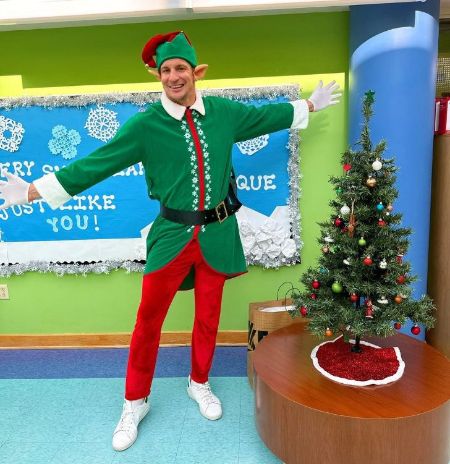 Rob Gronkowski shared his Christmas sprite through an Instagram picture during his visit to the Shriners Children’s New England hospital. SOURCE: [email protected]

As mentioned above, Gronk went to the Up & Adams show after trending on Twitter. There he told the viewers about his tweet and why he tweeted what he did. Through the TV show, fans also found out that, for now, Rob intends to stay away from the field.

When Kay Adams asked if he wished to become an active player again, the retired football player left the fans and the host with an elusive answer. Rob told the world he would keep his retirement and won't play this year. But Gronk also stated he isn't talking about the next or the following year. Finally, the former Super Bowl winner left, saying there could be a slight chance he'd return to the field as an active player.

After he posted his Tweet, the world gave its undivided attention to Rob Gronkowski. With much excitement, many of Rob's friends and colleagues reach out to the retired football player. Aside from his close friends and co-workers, his agent told him about his tweet.

Not only did fans go nuts about the news, even some of the NFL teams. Gronk also stated two teams "hit him up" regarding his tweet. However, Rob remains quiet about which teams reached out to him. Similarly, when Kay Adams questioned whether it was one of his former teams, he answered with a maybe.

American football players hold some of the most outrageous wealth; take Rob Gronkowski's ex-teammate, Chris Godwin, for example! Chris owns approximately $2 million as his asset. Rob holds way more than Ryan in that respect, as currently, Gronk commands a whopping $45 million as his net worth. 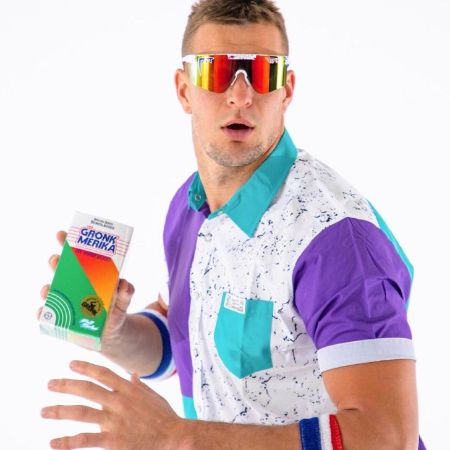 Over the decade of his career, Rob earned an estimated $70 million. Gronk made seventy million from his salary alone, and the kicker, according to Sports reporter Darren Rovell, Gronkowski never spends a dime from his salary. The four-time Super Bowl winner, Rob, lived off his endorsement deals.

Rob held many endorsements over the years he spent as an athlete. And here's a list of Gronk's sponsorship agreements:

Gronk leads a humble life; much about his real estate and cars stays hidden. Unlike most athletes with money, Rob remained grounded and chose to save his money. As such, the retired NFL athlete doesn't fancy luxurious cars, jewelry, and the like.