Chris Godwin is an American football player who plays as a wide receiver for the Tampa Bay Buccaneers of the National Football League (NFL). He attended college at Penn State and was picked in the 3 round of the 2017 NFL Draft by Buccaneers.

How much does Chris Godwin earn from Tampa Bay? Has he Married? Who is his girlfriend? Read the biography to know about his salary, family, contract, stats, and more.

Godwin is expected to get a contract extension that will likely earn him a big payday. He has so far earned about $4 million in his career. his net worth is estimated to be $2 Million in 2020.

Chris Godwin is in his mid-20s and still unmarried. However, he recently got engaged to his girlfriend named Mariah DelPercio. The couple has been dating each other for a long time and is reportedly together since their junior year of high school. They were engaged to each other recently in April 2020. 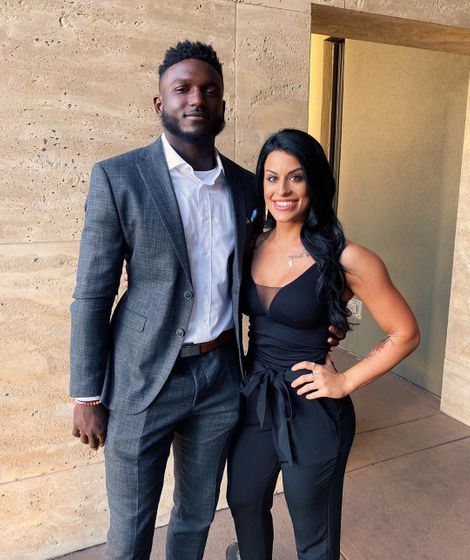 Godwin shared the happy news of their engagement on his Instagram and captioned, "No better way to spend the rest of my life than with you! Nearly a decade together & many more to come my love". 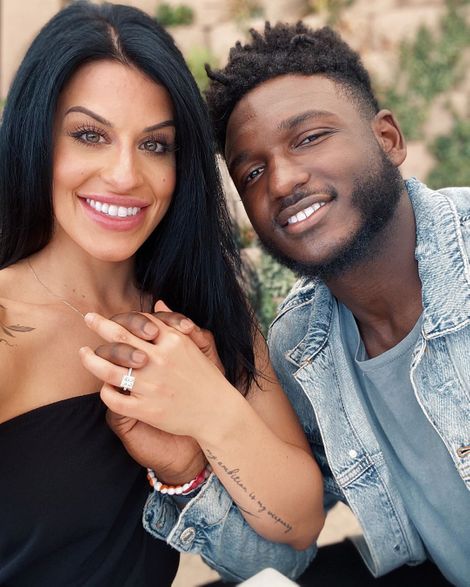 Chris' fiancée is a fitness instructor and is a daughter fo former Middleton High School coach Mark DelPercio. She has named her Instagram as miss Twelve.

Chris was born as Rod Christopher "Chris" Godwin Jr. on February 27, 1996. He is 24 years old as of August 2020. He was born in Philadelphia, Pennsylvania, and holds an American nationality. His mother's name Lisa Godwin while his father's name is Rod Godwin Sr. He was born in a poor family and his parents later relocated to Middleton while he was young. He has a younger sister and two half-siblings.

Godwin attended school at Middletown (DE) where he played football and won two State Championships. In his high school, he was named the  Delaware Gatorade Player of the Year as a senior and All-state as a sophomore, junior and senior and four-time All-conference wide receiver and kick returner. He played college football for Penn State.

Godwin declared for the NFL draft 2017 and was picked 84th overall in the third round by Tampa Bay Buccaneers. He was also selected for the 2020 Pro Bowl in December 2020.