Gossip Is American Basketball Player, Kevin Durant, Married or Dating Anyone? Girls He Dated Till the Date

Is American Basketball Player, Kevin Durant, Married or Dating Anyone? Girls He Dated Till the Date

Kevin Durant regarded as one the prominent American basketballers currently plays for the Golden State Warriors in the NBA. With his 11 years of professional career, 29-year-old Kevin has earned many awards and honors along with the estimated net worth of $150 million. However, the case somersaults regarding his relationships issues.

Well, Kevin who contributed the Amercian National Basketball Team to create the victorious win over gold medal in 2012 and 2016 Olympics, also shares the record of some of his famous past affairs. Though, Kevin is dating his girlfriend currently as reported. So, who, he is in a relationship with? Let's know all about Kevin's relationships, his past affairs, marriage plans, and datings.

Who is Kevin Durant currently dating; Their Relationship

Kevin Durant has made himself into the limelight with the annual salary of $26.54 million currently, however, he ranks below other jaw-dropping earners like Stephen Curry, LeBron James, and Paul Millsap, earning $34.6 million, $33.2 million and $31.2 million respectively.

Not only the earnings, Kevin's short-lived relationships have also got the eye of all, and with the report of his dating issues again, the fans are on fire to know more. Kevin Durant is dating none other than
Jasmine Shine, probably the name was heard before too. Well, the couple's on-off relationship got into action again in 2016. 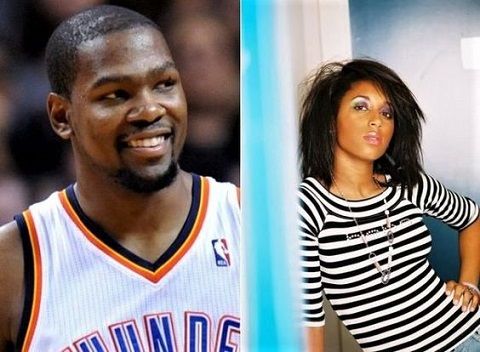 Talking about the details of Jasmine, no further information has arrived except that she is a model. The couple has not opened up about their relationship beginning, but some sources claim that they started dating since September 2014.

However, surfing through Kevin's social media, it can be seen that the couple's lovely moments are not posted since after Kevin deleted his old Instagram account in 2017.

BTS this week with @AlaskaAir. Got some good things coming...video up soon

Probably, the couple is enjoying their life to the fullest behind the sight of the public. Till now, Kevin Durant is not married and has not disclosed his marriage plans. Maybe the day for the couple walking down the aisle is not far away.

But regards to the relationship failure of Kevin in the past, it is uncertain to make a guess right now. Let's see what the future has to offer.

Past Relationship and Rumored affairs of Kevin Durant

Celebrity taking their first love on the journey to eternity is so rare, rather the celebrities are linked with many names and also become the guest of the past affairs. And seems love is not a new game to this basketballer Kevin Durant.

Kevin was in a relationship with 2-times WNBA champion Monica Wright, which came in the limelight after the couple made the news of their engagement public in 2013. But the former couple called-off their engagement a year later in 2014. 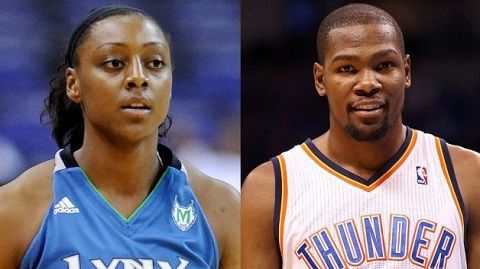 The reason for their split was reported differently from both. In his interview with GQ, Kevin told that he was not really serious about the marriage then. While Monica told Risen Magazine that it was her relationship with God. She told:

"There was a lot of criticism over it. But I think God had my back in it. Because I hold to what I know to be true, that is what God will reward instead of what people on the earth think is a good catch."

Soon after that, Kevin dated R&B singer, actor, and model Crystal Renee in late 2014. The couple's relationship couldn't bloom much as nearly after 2 years of dating, they broke up in 2016.

Crystal and Kevin's reason for the break-up is still a mystery.

The NBA Most Valuable Player of 2014, Kevin was rumored to be in a relationship with singer Letoya Luckett back in summer 2012. The issue got fired up after Kevin and Letoya were spotted having a romantic dinner together.

However, they never confirmed their relationship and it got dead shot after Letoya married Rob Hill Sr, which was later followed by divorce. 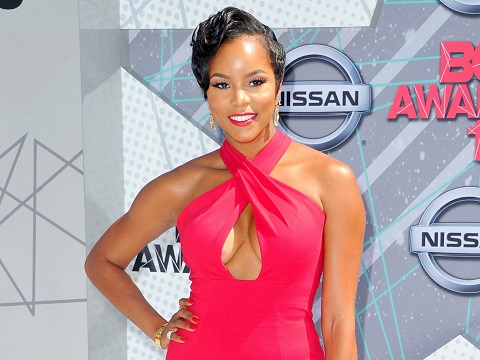 Also, Kevin was not far from being in an alleged relationship with model Chantel Jeffries in 2015, after they made public appearances together multiple times. The rumors without a strong proof later got vanished.

The other rumored affairs of Kevin were with Ashley Champ and Golden State Warriors reporter Rosalyn Gold-Onwude.

Adding up the surprise, back in 2011, the young Kevin Durant made the limelight after he revealed his desire to marry Umbrella singer Rihanna, the former flame of MLB's Matt Kemp. Kevin even made the Tweet of his announcement which was followed by the Tweet, wanting Rihanna to wish him for his birthday.

That girl @rihanna RT @AyeDerBaba94: @KDTrey5 So my question is... If you could marry any girl who would it be?? RT

Somebody get @Rihanna to wish me a happy birthday and I'll be good..ya understand

And really lucky Kevin got the reply as well, have a look at the Tweet of Rihanna.

In 2017, when Kevin was asked about the issue in his post-game press conference, he told:

"I don’t even remember that."

Stephen Curry sitting beside him with a laugh told him:

But the truth, we all have known by now.

Let's wish Kevin best in his career and stay tight with us for more updates!