Illan Stephane Meslier, mostly known as Illan Meslier, is a French professional football player who plays in the English premiere League side playing for Leeds United as a goalkeeper. Before joining the premier league, the French international began his football career in FC Lorient, located in Lorient, France, in 2017 and played for the club until 2019.

The skillful soccer goalie Illan's birth name is Illan Stephane Meslier. His birth took place in a well-to-do family. His family had everything they needed. On 2 March 2000, Illan was born in Lorient, France. He spent most of his childhood days growing up in Lorient. As of the current year, the goalkeeper is just 22 years old. He is a right-footed player.
Meanwhile, he put on number 1 in his club jersey. Illan practices the Christina religion and often shares its quotes on his social media. Besides football, Illan seems to enjoy visiting the seaside and extraordinary locations.

Meslier family is the native of Lorient, France. He is born to French parents. The 22-year-old goalie is very confidential concerning his parents. He stays muted when it comes to his family matters. So far, the player has not publicized their identity. But it's the most asked quires by his fans at the moment. Like him, they are truly devout Christian and practice their principles.

At the moment, Illan Meslier seems deep in love with the girl he posted pictures of on his Instagram. Nevertheless, the player has not mentioned anything concerning her, so her identity remains unknown. Observing thier vacation and quality time photo, the couple seems very happy and cheerful with each other. 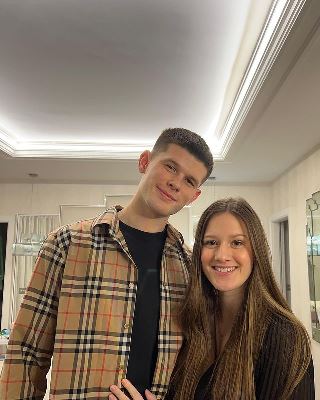 They also have made his love life low-key as they prefer to stay away from the social media limelight. There is nothing more about them, so we will soon update you when it is public.

How tall is Illan Meslier?(Body measurement)

The Lorient-born footballer peaks at an impressive height which has benefited him in his profession. He possesses an amazing height of 6 ft 4 inches or 1.94m and weighs around 74 kg. The young goalie is a very hardworking and dedicated individual who regularly works out to preserve his body physically and mentally fit. Further description, he was born into a White family background; he has a white skin complexion with short blonde hair.

Illan Meisler's journey to EPL and the Leeds United

Due to his incredible gameplay and body form, several European clubs, including Chelsea, eye-sighting him, bringing him into thier club. Similarly, Monaco offered him to join their club, but the professional refused its €10 million proposals and resumed playing at his hometown-based club Lorient. On 14 August 2018, Mesilier made his Lorient debut under then caoch Mickael Landreau in a win over 1-0 Coupe de la Ligue win over a Valaneciennes FC. He was all covering the news and online sites when he made his consecutive first five clean sheets in his debut season and was praised by the Lorient fans. 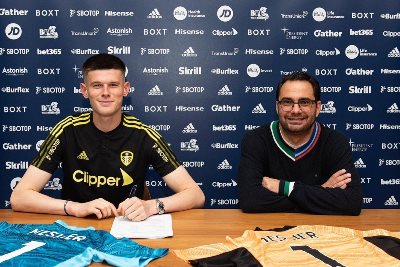 Illan is signing a contract with Leeds until 2026 SOURCE: Instagram.

His consistent performance earned him a starting spot on the Lorient team. Reportedly, with FC Lorient, he recorded 45 matches in his three years of term there. After his release in 2019, the 6 ft 4 inches goalkeeper moved to the European side signing a contract with Leeds United on loan, having an option to buy him permanently as well. He officially signed the contract paper on 8 August 2019. Illan began his first EPL journey as a second-choice goalkeeper behind Kiko Casillas. Mesilier earned his Leeds United debut on 6 January 2020 in FA Cup against Arsenal. He got his chance as first-choice goalkeeper when his fellow teammate Kiko Casillas got an eight-game suspension.

With Mesilier keeping seven games clean sheet, he assisted his club in becoming Champion and was promoted to the English Premier League for the 2021 season. French nationality made his first Premier League appearances in the clash against regaining Champion Liverpool FC on 12 September 2020 with defeat at Anfield. For your information, Mesilier is the first under-age 21 goalkeeper to record 11 clean sheets in a single EPL. At an international level, the goalie has represented his nation in different age groups. He has played for France U18, U19, U20 and U21 so far. However, he is yet to make his senior team debut for France.

Leeds United star, 22, is undoubtedly one of the most successful French players in the English Premier League. The club benefitted from his goalkeeping capability and long pass accuracy. Eyeing his photographs on his media handle, Illan seems to be making a decent amount of money from his football profession. Furthermore, he is also a well-established player and a role model for many of his fans. Per the Salary sports data, he has an estimated net worth of £3 million, including all his cars, estates and properties. 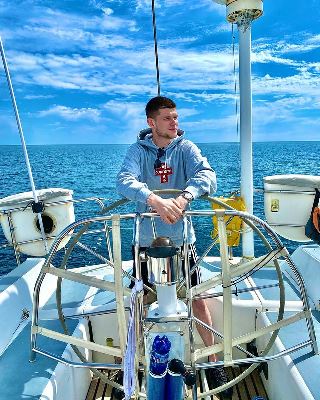 Notably, the former French U20 player began his pro career with an annual wage of £24,440. Likewise, with FC Lorient, he earned £1,61,200 yearly. Currently, he has agreed on a major five-year deal with Leeds United worth £5,720,000 and an annual average salary of £1,144,000. On top of that, he is an Adidas sports person and gets well-paid for his role in branding and promoting their product. He gets facilitated by its good quality football boots, gloves and jerseys.

According to Transfermaket, his present market worth equals €20 million; at the same time, it's his all-time highest value to date. Further info, all his football-affiliated transaction is handled by YPFC, and his agreement with Leeds ends on 30 June 2026.

Illan has a huge fan following on his social media handles. He is also one of the most dug and popular faces in France. We can effortlessly access him on Instagram and Twitter. In contrast, he prefers Instagram over Twitter. With the username @illan.meslier, Illan has 127K followers. He out gives his daily life experiences and football information via Instagram. Additionally, he employs his social media platforms as a medium for advertising and branding the products.

Check out Playerswiki to explore more about popular athletes of the world.