Amadou Onana is a Belgian professioanl soccer player who plays in the English Permier side. Amadou is signed as a midfielder to the club Everton. Amadou Onana plays for the Belgian national team despite being born in Senegal.

Amadou Onana, the Belgian youth international, has proved himself as a crucial and one of the most advantageous players for his club and the Belgian national team. Due to his playmaking, game-changing potentiality and assist vision, he has nursed his club in winning multiple league matches. The player has represented just three clubs, such as 1899 Hoffenheim II, Hamburger SV and Lille.

Amadou Onana, born as Amadou Zeund Georges Ba Mvom Onana. The Lille midfielder was born in 2001 in Dakar, Senegal, under the star sign Leo. Amadou celebrates his every 16 August.  He is just 20 years of age. Born in Senegal, Amadou holds Belgian nationality.

For your information, he is a dual citizenship holder of Senegal and Belgium; hence, he is eligible to emerge from both nations according to his will. Reportedly, Amadou is a Belgian youth international. However, he has yet to make his presence for Senegal national team. In addition, the midfielder is Muslim by religion and obeys and practices its idealogy and beliefs.

Amadou is a very suspenseful person when it comes to his family. The soccer player's parents are of Senegal descent. He or any social sites have not revealed anything regarding his parents' names, professions, etc., so as a result, their identity remains under the radar at the moment. Furthermore, he has a sister as well. 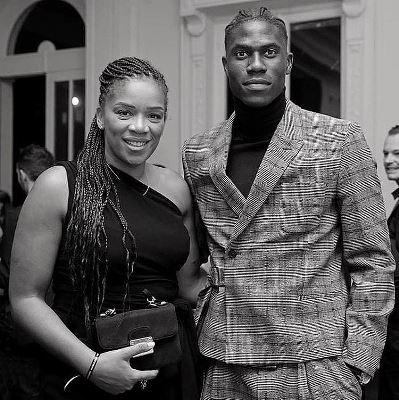 Like his parents, he has kept his sister's facts to himself. His sister played a great role in his soccer career as she looked after his transfer-related activities and events. Currently, all the Onana family members except Amadou himself reside in Belgium.

Former 1899 Hoffemhiem II star player Amadou Onana stands tall at an impressive height of 6 feet 5 inches and weighs over 76kg. His reach advantage has comforted his role as a midfielder. The Belgian is a strong, tall-built, muscular player. To preserve his body fit and healthy, he workout every day. Furthermore, he has a dark skin type and long braided hair.

The Lille jersey no. 24 Amadou Zeund Georges Ba Mvom Onana professional known as Amadou, had a keen interest in football since preadolescence. His participative core directed him to participate in most of the curricular activities during his school days. In addition, his love and passion for football grew with his age number.

He began his soccer by joining the Royal Anderchlet football academy, where he learned basic football skills. Later on, he moved to RWS Bruxelles located Molenbeek-Saint-Jean, Brussels. He set foot into football professionally in 2017 joining 1899 Hoffenheim II as an amateur player. The Bakar-born footballer played two years of his youth career for the club. In 2019, Amadou earned his promotion to the Hoffenheim II senior squad and played a season.

But, he was given very less chance to play on the field. He just got to play a single match in a season with the club. Hoffenheim didn't consider him a competent player. Shortly after his getaway from Hiffenhiem, the skilled and prudent Belgian decided to join 2. Bundesliga side agreeing to a season contract with Hamburger SV in mid-2020. The 6 ft 5 inches height athlete made his professional Hamburger SV debut in the first round of the 2020-21 DDB-Pokal on 14 September 2020, coming off as a substitute player in the 68 minutes against Ligue 1 Club Dynamo Dresden.

Amadou celebrating his goal with his Lille teammate SOURCE: Instagram

He even scored a late 89th minutes headed goal for the team in his debut match. Expiration of his Hamburger SV contract, Amadou signed a major five-year contract with club Lille on 5 August 2021. As of 2022, he made 32 league appearances for Lille. Overall, he played in 58 games in his club's appearances.

Despite being born in Dakar, Senegal, he plays for the Belgian squad to date. He earned his first Belgian team, called up in 2018 for Belgium U17 Level. Since then, the protean midfielder has been representing Beluim at different ages. Likewise, on 18 May 2022, he was in the Belgium senior squad for the first time for the 2022-23 UEFA Nations Leagues matches. He made his internatinal debut against Netherland on June 3, 2022, in UEFA Nations League. The 21-year-old has played 2 international games.

How much does Amadou credit his bank balance from his profession?

Amadou Onnana, the 21-year-old Belgian midfielder, is a rising football player competing in the Ligue 1 side for club Lille. It just has been three years since joining a professional soccer career. Despite his early age, he plays for several world-top clubs, including Hoffenheim II, Lille, etc. Indeed, he makes a handsome sum of money as a pro footballer. When he began his career with Hoffenheim II in 2019, his agreed wage was just £5,200, which massively inflated to £2,34,000, joining Hamburger SV in 2020. 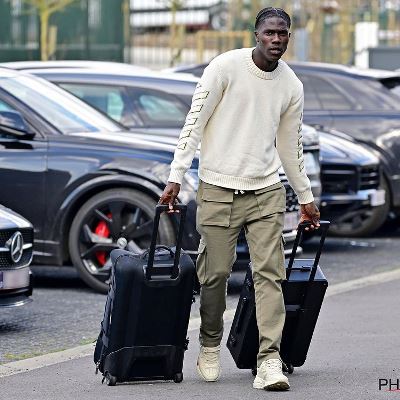 Amadou lives a lavish lifestyle through his career
SOURCE: Instagram

Likewise, from his present clubs, the Dakar boy earns £5,500 weekly and £2,86,000 yearly per the salary sport. The player seems to be living his best luxurious life exploring his lifestyle on social media. According to our research, Amadou's present net value equals $ 1 million, including all his assets. Besides football, he has other ways of accumulating payment from his sponsorship and endorsement deals.

Amadou Onana is a Nike sportsperson. Besides financial incentives, Nike facilitates Amadou with its branded kits and boots. Talking about his market value, the ex-Hamburger SV player is worth €10 million, which is also his career highest. His contract with Lille expires on 30 June 2026. All his club transfer-related operations are handled by BTFM (agent).

Is Amadou a married person? Love affairs and partner

The Ghanain-Belgian nationality Amadou is too young to get married. No data concerning his love life affair anywhere, so it's quite tough to reveal his GF or any partner's originality currently. He is a reserved person that hardly opens up about his topic. In addition, he is in the beginning phase of his carer, so rather than being in a relationship, he is more concentrated and committed to his career recently. Thus, there is no proof of his love life; hence, the associational footballer is assumed to be single.

Amadou, the Ligue 1 side player, is one of the favoured faces in Belgium and Senegal. He has huge fans and followers on his social handles. With the Instagram username @its_onana, he has 44.1K followers, and it is featured with a blue tick. He often posts his daily happening and sports news there. The rising midfielder is a very rational individual who optimally grabs his social handle following to earn an extra sum by promoting his sponsorship and brands.

You can explore more bio, net worth and gossip at Playerswiki.