A native of Honolulu, Hawaii, Ilima-Lei Macfarlane is a professional female Mixed Martial Arts (MMA) fighter, currently competing in the flyweight division of Bellator MMA. She is well recognized for the ten-second knockout of “Soccer Mom” Katie Castro.

The enthusiastic fighter is the inaugural and current Bellator Women’s Flyweight Champion.

Net Worth and Earnings from Bellator

The current unbeaten MMA queen, Lima-Lei MacFarlane has earned colossal name, fame, and wealth through her professional MMA career. She is currently signed to Bellator MMA which is assumed to be her major source of earning. Thus far, her career disclosed earning is recorded $85,000.

As of 2020, her exact figure of net worth and salary is under review but is assumed to be in 5-digit figures.

Ilima-Lei Macfarlane, 28, is possibly single and unmarried as she has not revealed anything related to her love life, not even her relationship status. She actively surfs social sites including Facebook, Instagram, and Twitter, and once posted a picture with a man who is rumored to be her boyfriend. 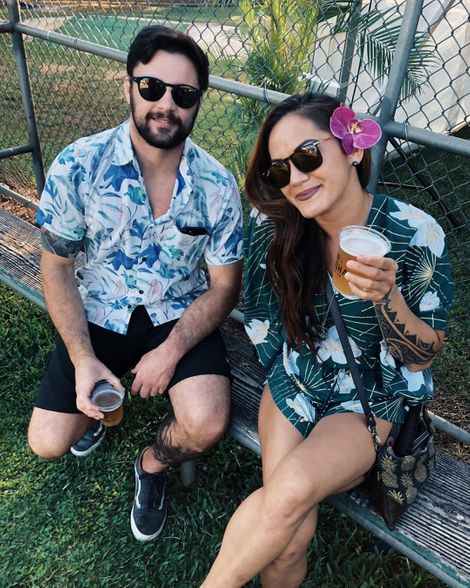 She mentioned Tarsis Humphreys on her Instagram and wrote he is her fake boyfriend, spirit guide, training partner. She has also shared several photos of a baby and even wrote:

I officially have baby fever after this trip home, so don’t even look at me unless you plan on being a stay-at-home Dad. 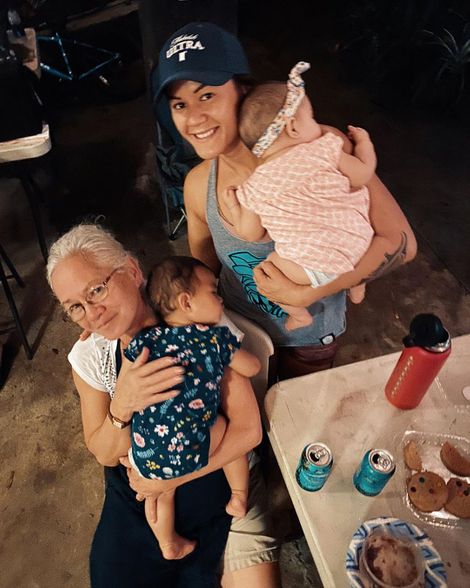 Apart, she is known to be fierce in activism in her native, Hawaii. Also, she keeps her Hawaiian heritage close to her heart as well as perform Halau Hula Olana.

Ilima-Lei Macfarlane was born on the 2nd of April 1990, in Honolulu, Hawaii, United States. Her star sign is Aries. By nationality, she is an American and is of white ethnicity.

Macfarlane is a graduate of San Diego State University, earning a bachelor’s degree in Culture Anthropology. Also, she has a Master’s degree in Liberal Arts and Sciences, focusing on indigenous issues.

In 2014, Macfarlane started her MMA amateur career. She competed in five events during that year, mainly with Xplode Fight Series, and went undefeated as an amateur.

Her first professional fight was an unsanctioned bout against Katie Castro in Xplode Fight Series. She marks her win via TKO in the first round. As a result of the lopsided affair, the CSAC launched an investigation into the organization’s unsanctioned MMA events.

Castro had a 0-2 record before fighting Macfarlane and footage of the fight was posted on the social sites and labeled “Soccer mom losses to MMA fighter.” The video went viral, gathering over a million views on YouTube and was discussed on a few TV news networks.

On 28th August 2015, Macfarlane made her Bellator debut against Maria Rios at Bellator 141. She won the fight via split decision in the third round.

In her next bout, she faced Amber Tackett at Bellator 148 and successfully beat her opponent via armbar submission in the first round.

In Macfarlane’s third match, she made her appearance against Rebecca Ruth at Bellator 157, on 24th June 2016. She won the fight via submission due to standing rear-naked choke in round two of the battle.

At Bellator 167, Macfarlane faced Emily Ducote on 3rd December 2016 where she was victorious by unanimous decision.

She started the 2017 year, fighting against Jessica Middleton at Bellator 178, on the 21st of April. She won the fight via armbar submission in round one.

On 3rd November 2017, Macfarlane and Emily Ducote had a rematch at Bellator 186. She defeated Ducote for the second time but this time via triangle armbar submission in the 5th round and won the Bellator Flyweight title. She also defended the title against Alejandra Lara, Valerie Letourneau, Veta Arteaga, and Kate Jackson.