The Brazilian football player Hyoran Kaue Dalmoro currently plays as an attacking midfielder for Red Bull Bragantino. Besides, he is also reported to play on loan from Atlético Mineiro. Dalmore puts on jersey number ten for his fellow club and is a right-footed player.

Hyron is a Brazilian football player who has played for more than five clubs in his football career. Further, in the attacking mid-field, Hyoran excels in the midfield. Besides that, he also plays a right and left winger sometimes.

Hyoran Net Worth And Market Value

The Brazilian football player Hyoran Kaue Dalmoro is one of the most successful players earning huge success in world football. Apart from that, he is well settled and an example to many fans. As we all know, it has been over a decade since Hyoran engaged in this vocation, so undoubtedly, he must have earned a fair sum of wealth to date. 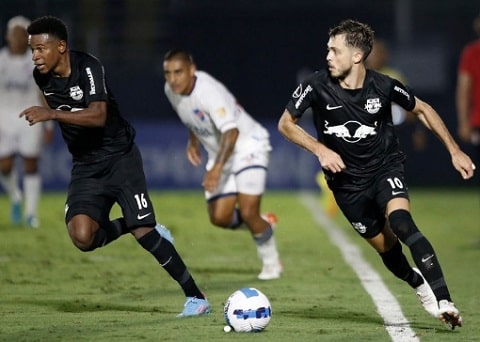 According to the sources, he earns £218,400 annually, but the exact information regarding his salary and net income is still not revealed. Nonetheless, he has a deal with his previous team and received €1.15 million. Furthermore, Hyoran has been making mind-blowing bank notes in millions since begging his football career.

Considering the facts, Dalmoro's net worth is estimated at millions of dollars, but we couldn't expose the exact information now due to a lack of knowledge. According to transfermarkt, his current market value is €3.00 million as of the latest update of 6the April 2022.

Hyoran Kaue Dalmoro is a private-natured person and has barely shared about his married life. Despite the fact we know he is married to his wife, Andressa K. Dalmoro. Hyoran is a family man and loves sharing his precious time with his family apart from his football career. On top of that, the lovebirds got married on December 21, 2015.

Likewise, the sweet couple was in a long-term relationship before getting married, and the duo announced their first pregnancy on November 13, 2016, through an Instagram post. Likewise, in April 2017, the partner became the parents of their first child, a son. For your information, Hyorana and Andressa are the parents of two kids now, a son and a daughter. 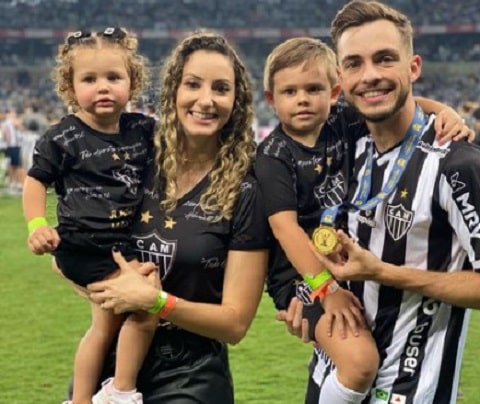 Additionally, the lovebirds became parents for the second time on October 5, 2019, when they gave birth to their daughter, Eloah. We must say, Dalmror is blessed to have such a lovely family, and he is a great father and husband besides being an amazing footballer.

The Red Bull Bragantino teammate, Hyoran, was born Hyoran Kauê Dalmoro on May 25, 1993. Further, he spent most of his childhood in his birthplace, Chapecó, Brazil. Delmar holds Brazilian citizenship; concerning his birth details, his star sign is Gemini.

Moreover, he is one of the talented and well-skilled football of his fellow club who appears to visit a reputed college and university; however, Hyoran has never revealed the name and information about his academic qualification yet on the media sources. 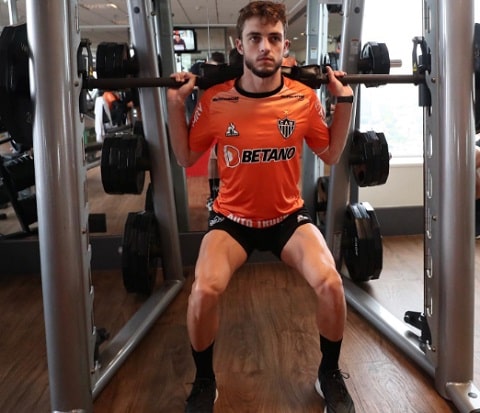 While talking about his physical appearance, Hyoran stands at 5 feet 9 inches or 1.75 m tall. Having an amazing height and physical build, the footballer has never missed the chance to take advantage to perform well in the match.

Meet His Parents And Siblings

The Chapecó-born football player, Hyoran was born to his lovely parents, Iria Sander Dalmoro and Renato Dalmore. Similalry, his parents are not so camera friendly. Therefore, very few details are updated about them now. We don't know their exact identities and profession apart from their name.

Many people are curious to explore his family life and are concerned about Hyoran's siblings, but none of the social media has exposed his siblings; Dalmoro has mentioned them publicly on web sources. Exploring his bio, we discovered that Hyoran is private-natured and loves keeping his family and bloodline details away from the media limelight. 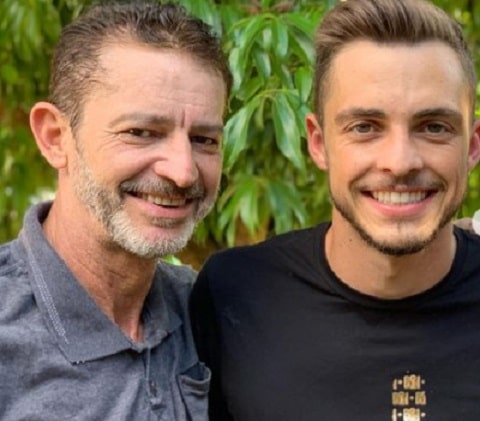 Additionally, he has shared a few photographs of his father and family on his social media handles, where he has also shared how blessed he is to have such an amazing father.

Beginning his career at an early age, Dalmoro played for several clubs like Paraná, Coritiba and Corinthians. Hyoran has an amazing job in the vocation as he has been engaging in it since 2007 and has amazed everyone with his incredible performance and skills.

After more than four years as a youth, Dalmoro began his senior career by playing for the Brazilian sports club, Sports Club Corinthians Paulista. A year later, he was loaned for Flamengo-SP, where he played in the 2011 season. Likewise, on 2013 the player signed for Chapecoense, where he was assigned to the under-20s.

Apart from that, Hyoran was also advanced to the main squad in 2013. However, he was never chosen to play in the campaign. While exploring more about his senior career, he signed a pre-contract with fellow top-tier club Palmeiras on November 9, 2016, and started playing for the club in January.

Additionally, On January 8, 2020, he was loaned to Atlético Mineiro on a season-long. Later he had a three years deal with the club permanently for a €1.15 million fee. As per the recent reports, Hyoran joined the fellow club on January 20, 2022, and his contract expires on December 31, 2023.

Don't forget to read about the Brazilian football player, Edenílson, who currently plays for playing in the Brasileiro Serie A for Internacional.

The fan's favorite footballer, Hyoran, is an active user of social media handles. Hence, he enjoys remaining busy on Instagram more than any other platform where we can follow him under the username @hyoran. Moreover, the footballer has gathered 316k followers.

Furthermore, he is quite active on the platform and continually shares IG stories with his followers, as gaining access to private information is the primary intent of his fans.