Gossip PSG shows interest in signing Rafael Leao as a replacement for Lionel Messi and Kylian Mbappe, who are both reportedly set to leave

PSG shows interest in signing Rafael Leao as a replacement for Lionel Messi and Kylian Mbappe, who are both reportedly set to leave

In a shocking turn of events, Kylian Mbappe showed interest in leaving Paris Saint-Germain. However, bad news doesn't end there for PSG, as another of their key players might also be leaving the football club. Information about Lionel Messi also wanting out from the French club became concrete as his contract expires on June 30th, 2023. Although the option to extend his deal with the FC remains, he may just up and leave, given his cloudy season in recent times.

While Kylian and Messi keep their eyes open for a better deal, PSG has opted to find new key players. First on their list of potential recruits is none other than Rafael Leao. Likewise, the Germain also keep their eyes close to another player with a massive presence in the sport! And who might that be, you might be wondering? If the news on the web is to be believed, then PSG wanted Cristiano Ronaldo under their banner.

PSG wants Rafael Leao under their banner if two of their fearsome trio leave the club!

There is no doubt that currently, PSG owns one of the best offensive lineups in 2022. Paris Saint-Germain currently owns a fearsome combo with names like Lionel Messi, Kylian Mbappe, and Neymar Junior playing on the front. However, the dream team moment for the French team might be coming to a close very soon. And with each passing day, Mbappe and Messi leaving Germain becomes more plausible. 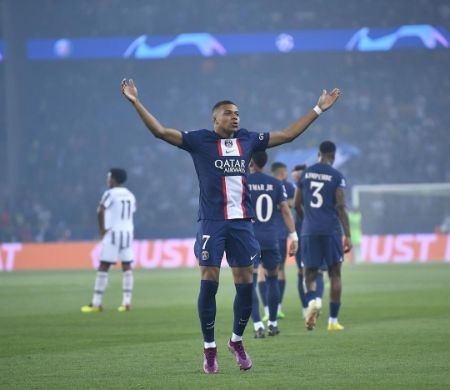 But the departure of Messi and Kylian be an issue for the European football club? Well, fans who love Saint-Germain certainly hope not. But, as big as the names of these footballers may be, PSG has been here for far longer than them. As such, the French football club has already set its eyes on the next recruits.

And if the duo does leave in the upcoming transfer window in 2023, Saint-Germain have their eyes locked on the talented young soccer star Rafael Leao! And currently, Rafael plays for A.C. Milan. But the young star won't be cheap to acquire. And Milan will probably demand over £131 million as the release clause!

For starters, Rafael Leao is an upstart footballer with a vast potential for greatness. Likewise, Leao stood out amongst some of the greatest players from A.C. Milan! And in 2021 and 2022, Rafael kept up with Zlatan Ibrahimovic and Olivier Giroud. 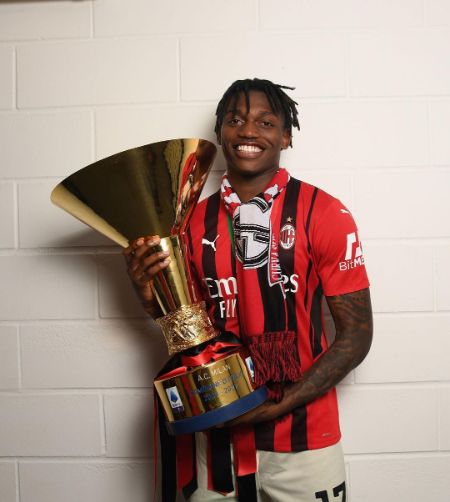 Also, Leao holds two runner-up positions and a win in the UEFA European Youth division. Similarly, Rafael also has a spot on the Portuguese national football team. And the talented young footballer has played in the international scene since 2015, first appearing in the Under-16 tournaments.

Leao started his professional soccer journey with the LigaPro, the second-highest Portuguese football league. From there, Rafael gained a considerable boost in 2016. And by 2017, the Portuguese footballer started playing in Primeira Liga, the highest football league in Portugal. And by late 2019 to early 2020, Rafael began his career in Serie A! More recently, Leao and Milan won Series A's 120th season.

Kylian Mbappe feels "betrayed" by the club, but why did Lionel Messi threaten to leave PSG?

When the news about Kylian Mbappe leaving PSG came to light, the world stood shocked. And soon after, many of the reasons why Kylian wants out surfaced. While PSG did their best to keep one of their star players, Mbappe expressed his firm belief in leaving the club. Likewise, this bright young footballer also stated he felt betrayed by Saint-Germain. 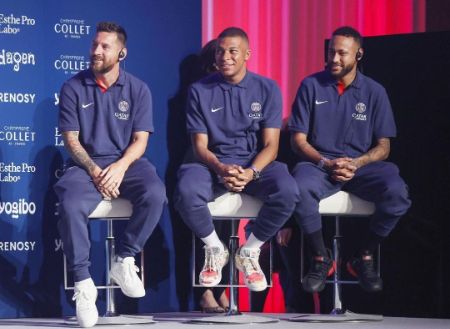 Another of PSG's key players threatened to walk out if they didn't comply with his wishes. Lionel Messi, one of the legendary footballers of his generation, expressively told the football club he'd leave if they brought in his biggest rival. And yes, PSG wanted Cristiano Ronaldo and Messi under the same banner. And many soccer fans salivated at the idea, but the Argentine footballer hated it. And so, he took the matter into his own hands and told Paris Saint-Germain he'd leave if they brought in Ronaldo.

At the same time, PSG had the opportunity to gain Ronaldo under their banners, but the French football club decided not to. Likewise, Saint-Germain stated that, with their current lineup, they didn't have a spot for the Portuguese football star. And that gives more weight to the theory of Messi threatening PSG. Lionel Messi might be leaving PSG in the 2023 transfer window. SOURCE: [email protected]

But since the Argentine legend might be leaving the French champions, will PSG opt to sign his rival? Fans from all over the globe have kept a close eye on Messi and Kylian since the news of their wanting out surfaced. With that, many soccer lovers remain on the edge of their seats, waiting for Paris Saint-Germain to announce their choice to replace Messi should he leave the football club.