Demarai Gray is an English professional football player who is signed to the Premier League side Everton. At the international level, the young talent has already represented England U18, U19, U20, and U21 National Team but has yet to make it to the senior national team.

Birmingham, England native, DEmarai Gray was born on 28th June 1996, under the star sign  Aries. The twenty-five years old holds an English nationality and is of African ethnic background.

How Much Is Demarai Gray's Net Worth In 2021? Salary & Contract

Demarai Gray is currently signed to Everton where his financial details such as salary and bonus are yet to publish to the public.

Demarai Gray's current market value is €8 million, updated on 9th June 2021. His highest market value to date is reported €20 million. Endorsed by Adidas, his net worth as of 2021 is approximately $5 million.

DEmarai Gray is in a relationship with his long-time girlfriend, Emma Hickman with whom he shares a baby. 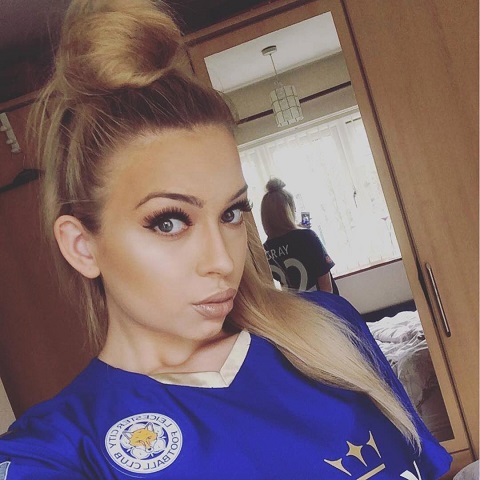 However, Gray is a low-key person when it comes to his personal life. He prefers it's behind the camera. However,

Demarai Gray started footballing with Cadbury Athletic. Then he joined Birmingham City Youth System where he would spend 8 seasons until 2013.

On 1st October 2013, Gray was named in the Birmingham City senior team, making his senior debut as a 91st-minute substitute for Jesse Lingard in a 4–0 win.

On 2nd November 2013, he made his first start in a 1–0 league defeat at home to Charlton Athletic. By 9th December, he was signed to a two-and-a-half years contract with the team.

On 19th April 2014, he scored his first senior goal in a league match at home to Blackburn Rovers as a second-half substitute with Birmingham 4–1 down. His performance over the season earned him the Academy Player of the Season award for 2013–14.

Overall, he played three seasons for Birmingham City, appearing in 72 games with 8 goals.

On 10th January 2016, he made his debut against  Tottenham Hotspur in the third round of the FA Cup. Later six days, he showed up in his first appearance in England's top flight, as an 85th-minute substitute for Marc Albrighton in a 1–1 draw at Aston Villa.

A week following the death of Leicester City's owner and chairman Vichai Srivaddhanaprabha in a helicopter crash, Gray scored the winning goal against Cardiff City on 3 November 2018, which he celebrated by removing his shirt to show an undershirt bearing the words "For Khun Vichai" written on it and then running to the away end of the ground.

On 31 January 2021, Gray joined Bundesliga club Bayer Leverkusen agreeing on an 18-month contract. On 6th February 2021, he made his debut for the Leverkusen as a 74th-minute substitute in 4-1, and ten minutes later scored his first Bundesliga goal to make the final score 5–2.

On 22nd July 2021, Gray joined Premier League club, Everton, on a three-year contract with an option for a fourth year. On 21 August, he scored the first goal for Everton in his second league match, a 2–2 draw with Leeds United.